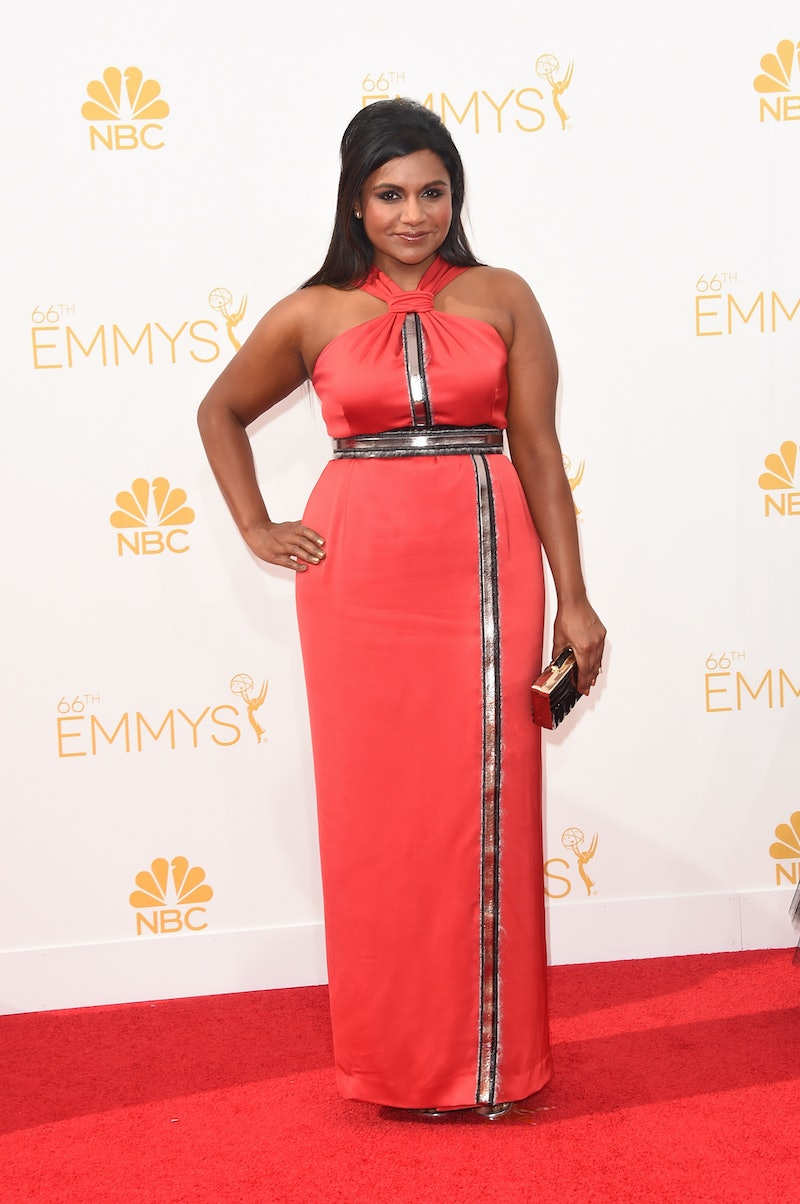 Mindy Kaling's fashion game has been on point lately, and her dress to this year's Emmy Awards is no exception. Maybe it's the influence of Sal Perez' crazy-awesome costuming on The Mindy Project , maybe it's a by-product into coming into her own as a successful showrunner/star, or maybe it's a mixture of both. Either way, she's been killing it lately — from her weeks of (sadly unfruitful) Emmy-promoting to her awesome selfie with Zooey Deschanel and Lupita Nyong'o at the White House Correspondents dinner, there's no denying the lady has serious style. It may be piñata-like in terms of its colorfulness, but it's awesome nonetheless.

Tonight's Emmy Awards gown was fittingly spectacular: She went on theme in red carpet red — and with her ever-awesome (and, by her own admission, extension-ed) hair pulled back in a lovely half-updo, her high-impact eye game as on point as ever, her nails looking fashion-forward in white, and a blingy-yet-classic clutch at her side, Kaling officially went full-bombshell in quite the Kenzo showstopper.

Yes, her beauty and accessorizing was quite incredible, and her showstopper of a dress might have been even better: with a simple-yet-lovely knotted halter neckline, and silvery racing stripes adorning the bodice, waist and full-length column skirt, this year's Emmy ensemble was quite the win, lack of nominations be damned.