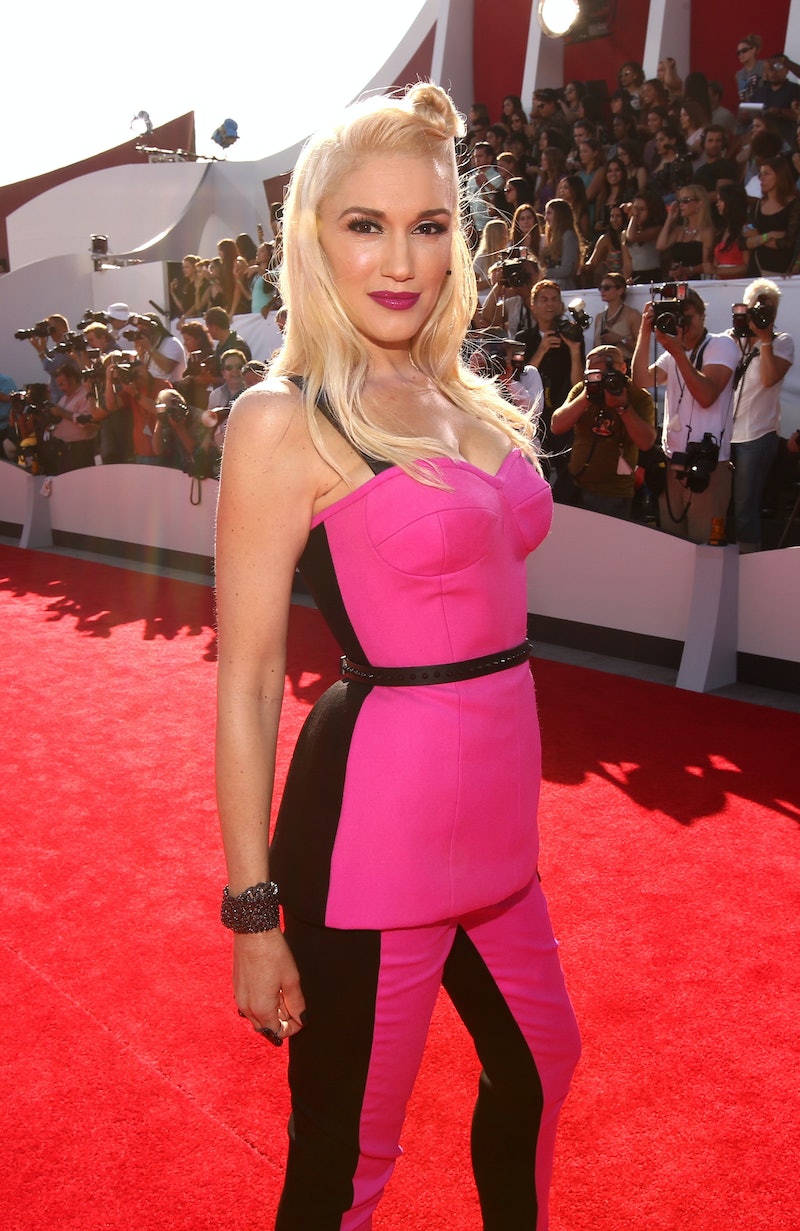 The 2014 VMAs have come and gone. The 2014 VMAs were different than the 2013 VMAs in that they were devoid of the twerking and foam finger drama perpetuated by Miley Cyrus just a year ago. As for 2014 VMAs beauty trends? Pink lips, both bright and light, and slicked back hair were the two biggest looks on the red carpet. In terms of attire, celebs wearing leather was a big fashion trend at the 2014 VMAs. It also felt like casual fabrics were popular, including denim, worn by Katy Perry.

Some lovely ladies, like rapper Iggy Azalea and singer/actress Victoria Justice, wore both beauty trends at the same time, while several starlets did one or the other, like Gwen Stefani, who swapped her usually red-painted lips for hot pink ones.

But back to the matter at hand — the VMAs! Pink lips, especially bright ones, are a cool, modern update on the ever-present and classic red. Pushed back hairstyles are so much fun because they get your hair out of your face without the commitment or the fussiness of a formal updo. Since the VMAs aren't as fancy of an event as, say, the Grammys, celebs can play with styles and trends — and so they did on Sunday night.

The No Doubt singer and L.A.M.B. designer rocked a tiny suicide roll, but her pink lips could sink ships. The rich, magenta tone matched her pantsuit and her lips were the focal point of her face.

The former star of Nickelodeon's Victorious rocked both popular VMA beauty trends, with bright pink lips and a slicked back 'do. She opted for a high pony that was half-braided, which allowed her to show off her features, her shoulders and her décolletage. It was all about lips and hair for Victoria Justice. Since her hair and lips were strong, she kept the rest simple!

Iggy Azalea hit the red carpet rocking both trends as well, but in a totally different way. She went with a soft, dusty, and matte pink lip, as opposed to bright and glossed out. She also rocked a pushback with some teased volume at the crown and let the length hang down her back.

Ora, who paid homage to Michelle Pfeiffer in Scarface with her blunt bangs and bob during her performance of "Black Widow" with Iggy Azalea, opted for a pushback similar to Azalea's.

Miss Miley wore a subtle pink lip and it worked with the soft, growing out phase of the pixie she's currently rocking and her show-stopping leather ensemble.

The former American Idol winner and Jason Derulo's main squeeze showed off some cleavage, which matched her center part, but her rosy, rosy lips were the best thing about her VMAs look.

The petite powerhouse almost always goes with a half-up, half-down 'do, which mixes a ponytail with a slicked back element. And those lips were something else! They were more of a berry-purple mix, but they were bright and bold, which we don't often see when it comes to Ariana Grande's pucker.