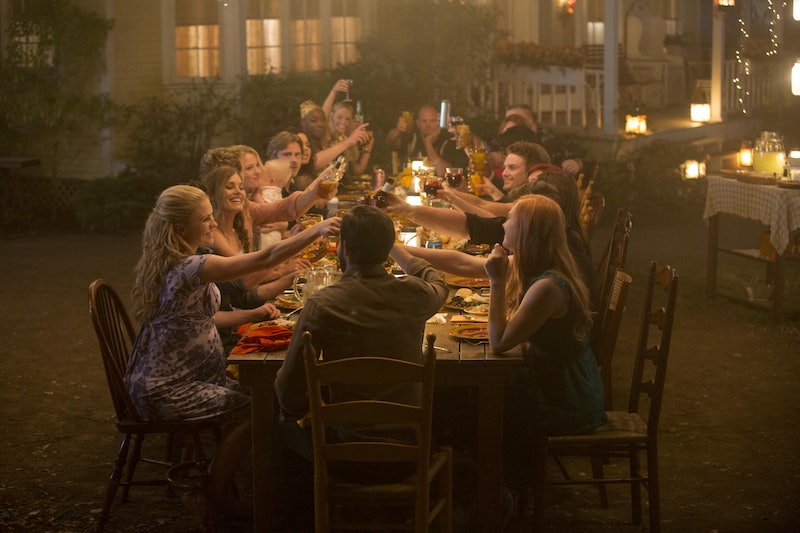 Well, the vampire series that (I believe) started it all ended Sunday night. HBO aired the final episode of True Blood, bringing its seven-year run to a close. As someone who has watched True Blood from the beginning, I have to say the ending was bittersweet. There was a time when I would eagerly await the coming of every June Sunday so I could see what kind of shenanigans Sookie Stackhouse would get herself into (and with what kind of creature). Around season five, I began to think the show had overstayed its welcome. The plot lines were starting to seem contrived, and the characters were mostly just getting on my nerves. (No, of course not you, Eric Northman.)

But being the kind of person I am, I just can't stop watching a show until it's been cancelled, no matter how much I want to (unfortunately, I'm looking at you, Pretty Little Liars ). So I always get a little misty-eyed when a series finale rolls around and I reminisce on all the years we've spent together. To help cope with the ending of the show that embraced all the supernatural beings, I've decided to hand out some superlatives. Without further ado, here are the characters of True Blood who were always on point in fashion and beauty.

Curled? Straight? Teased? I'm convinced that Jessica Hamby's hair can do no wrong.

Pam Swynford de Beaufort owns the bold lip. And she rocks all the colors.

Evan Rachel Wood as Sophie-Ann Leclerq is only briefly in the show, but every time we see her, she's decked out in vintage glamour.

But at the end of the day, there's no one quite as fierce and fabulous as Lafayette Reynolds.

More like this
Behold: The Wildest Fashion Moments of 2022
By Dominique Norman
Rita Ora’s Sheer Dress & Mermaid-Inspired Prosthetics Stun At British Fashion Awards
By Sophie McEvoy
Kim Cattrall Had A 'Sex And The City' Reunion With Creator Darren Star
By Grace Wehniainen
17 Photos Of The 'Wednesday' Cast Vs. The 1991 'Addams Family' Cast
By Grace Wehniainen
Get Even More From Bustle — Sign Up For The Newsletter