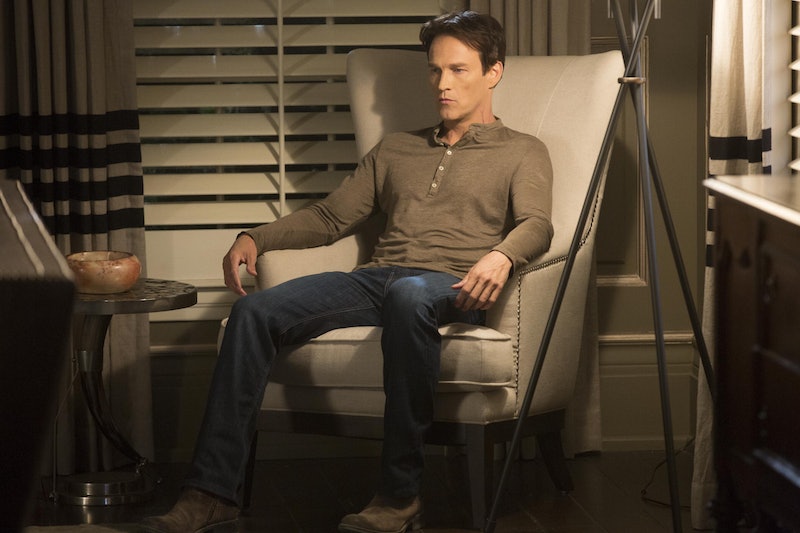 Well that was… unexpected. After seven amazing seasons, the sun has finally set on True Blood, but it wasn't the happy ending many fans had hoped for… at least not exactly. I mean, if you were to have told me that Sookie kills Bill in the True Blood series finale, I probably would've thought you were on way too much "V" and would've politely rescinded your invitation from my house. But that's exactly what ended up happening and I honestly don't know how I feel about it, especially since it didn't lead to a Sookie and Eric hookup. (Not cool, True Blood. Not cool.) But that's another rant for another day. Let's back up for a minute here…

Thanks to Eric's brilliant display of vampire badassery, Sookie's life ended up not being in danger after all. This gave Sookie and Bill plenty of time to discuss (yet again) why Bill was choosing to let himself die. He explained to her that this disease has allowed him to feel more human than he ever has before, making him realize how much he wants a happy, normal life for Sookie. But she can't have that if he's still around. And since neither of them apparently has any will power at all, drastic measures needed to be taken. But he didn't just want Sookie to let him die — he wanted her to do it herself using her faerie light superball. That way he'd be gone for good and she'd no longer be a vampire magnet because her fae powers would effectively be all used up.

This left Sookie with a very tough decision to make. She'd always wondered what it would be like to be normal, but now that she was actually being asked to give up the part of her that's a faerie, she wasn't sure that's what she really wanted. So after a great deal of soul searching, she finally made her decision. She phoned Bill and told him to meet her in the cemetery. (Wait, this can't mean she's actually going to do it.) He dug up his burial plot and got into the coffin. (Oh shit, is this really happening?) She summoned her supernova faerie ball. (OMG Sookie, what are you doing?!?!) But then she had a change of heart. (Whew!) She realized that being a faerie is a part of who she is. She can't change that anymore than she can change the fact that Jason is her brother.

So you think it's over and maybe she has some secret Sarah Newlin blood stored somewhere. Maybe? Please? Nope! After confirming with Bill that he still wanted to die, Sookie promptly fashioned a stake out of a shovel, got down into the coffin with him, and — after a few heartbreaking final goodbyes — together, the two of them jointly plunged the stake into Bill's heart. It was an act that neither of them could've done alone. They needed each other one last time.

And just like that, Bill was gone and a completely blood-drenched Sookie was left to grieve on top of his grave. Even if you were never a fan of them as a couple, you couldn't help but feel something for the connection these two characters had with one another. And while I'll personally never agree with Bill's decision to end it all (seriously, maybe try moving to a different town instead of straight up offing yourself), I'd be lying if I said this episode didn't help me like Bill a little more. He sacrificed himself in the hopes that Sookie would have a better life without him in it. And he ended up being right.

Years in the future, we see a very pregnant Sookie who is happily married to a man we've never seen before, but can safely assume is human. She got the life Bill always wanted for her, and in a way, that gives their love story a happy ending after all. True to the end, indeed.

My biggest complaint, though? Not enough of this guy:

More like this
The ‘Squid Game’ Season 2 Renewal Teases A Creepy New Figure & A Return
By Brian Anthony Hernandez and Bustle Editors
Here’s Who Victor Chooses In The ‘Love, Victor’ Season 3 Finale
By Brad Witter
Who Could Die In The Stranger Things Season 4 Finale?
By Kadin Burnett
All The Marvel Easter Eggs You May Have Missed In ‘Ms. Marvel’ So Far
By Kadin Burnett
Get Even More From Bustle — Sign Up For The Newsletter