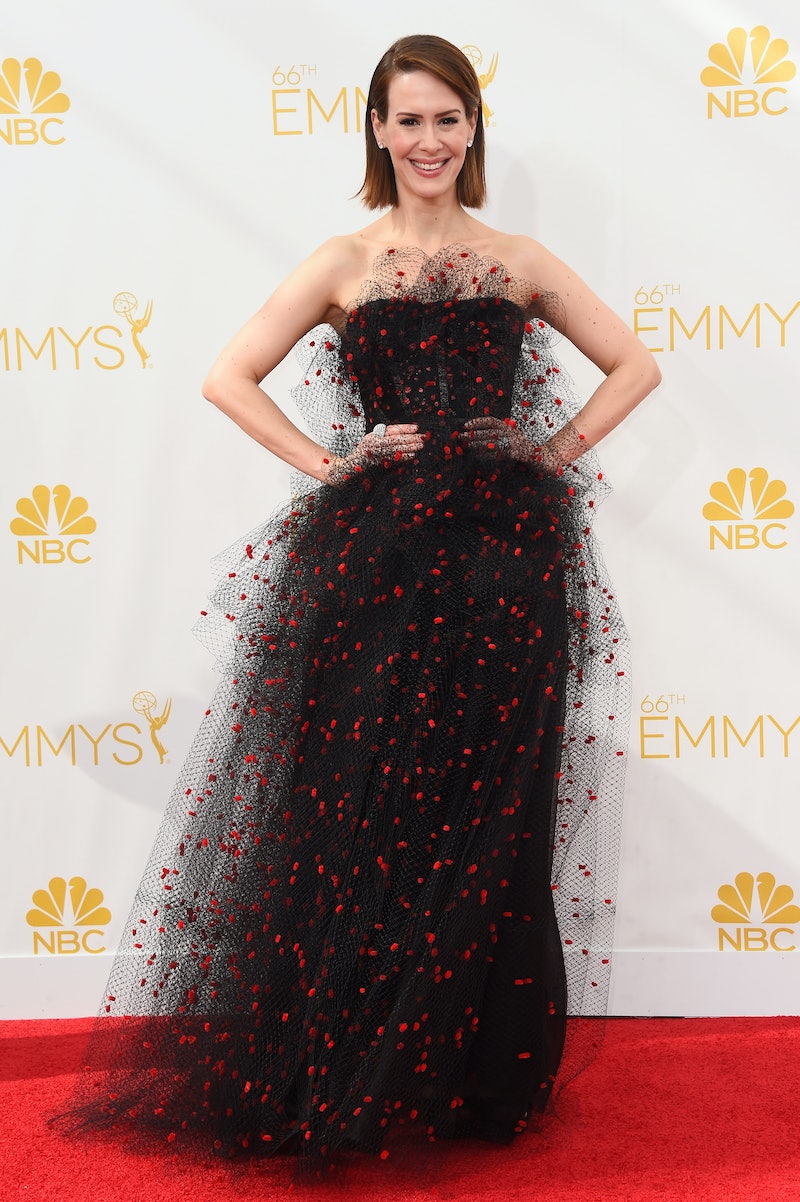 First off, let's start this with a disclaimer: I actually really liked Sarah Paulson's Emmy dress. When I was scrolling through the couture shows last month (let's be real: I'm not exactly front row material), I was especially taken by the dotted creations over at Armani Prive — because, well, tulle (lots of it). And guess what? Among dozens of tulle fluffballs, and polka-dotted explosions, Sarah's red carpet-ready gown stood out as the dottiest and tulle-iest of the bunch (in my book, that's always a good thing).

That said, I'm definitely aware of the... uh... craziness that is this gown (though I think we should all just be glad that she didn't wear the veil. And while we're at it, let's be doubly glad that she didn't wear this veil). It's a veritable... I'm at a loss for words, here. There are just so many adjectives (and metaphors and similes) that could be used to describe it that it's like my brain just short-circuited.

Okay, not the most flattering comparison. But there's something about the shape of that skirt that's just so very reminiscent of that unmentionable brush that's always lurking behind your toilet. Which brings us to:

While we're thematically in the bathroom, it has to be said: the dress thing is a dead-ringer for a loofah. I mean, it looks like it would be great for removing dead skin cells, doesn't it?

Also uncanny — and Halloween's just around the corner, ladies...

There is something undeniably balletic about the dress, isn't there? As for the red polka dots... let's be real, they could easily pass for pox.

They definitely share a color scheme — also, back when I was in high school, Hot Topic had a ton of black and red little tutus.

I don't know about you, but I am mad allergic to the stuff.

11. The Plot of American Horror Story

Crazy, macabre, and more than a little dramatic. Sound about right?