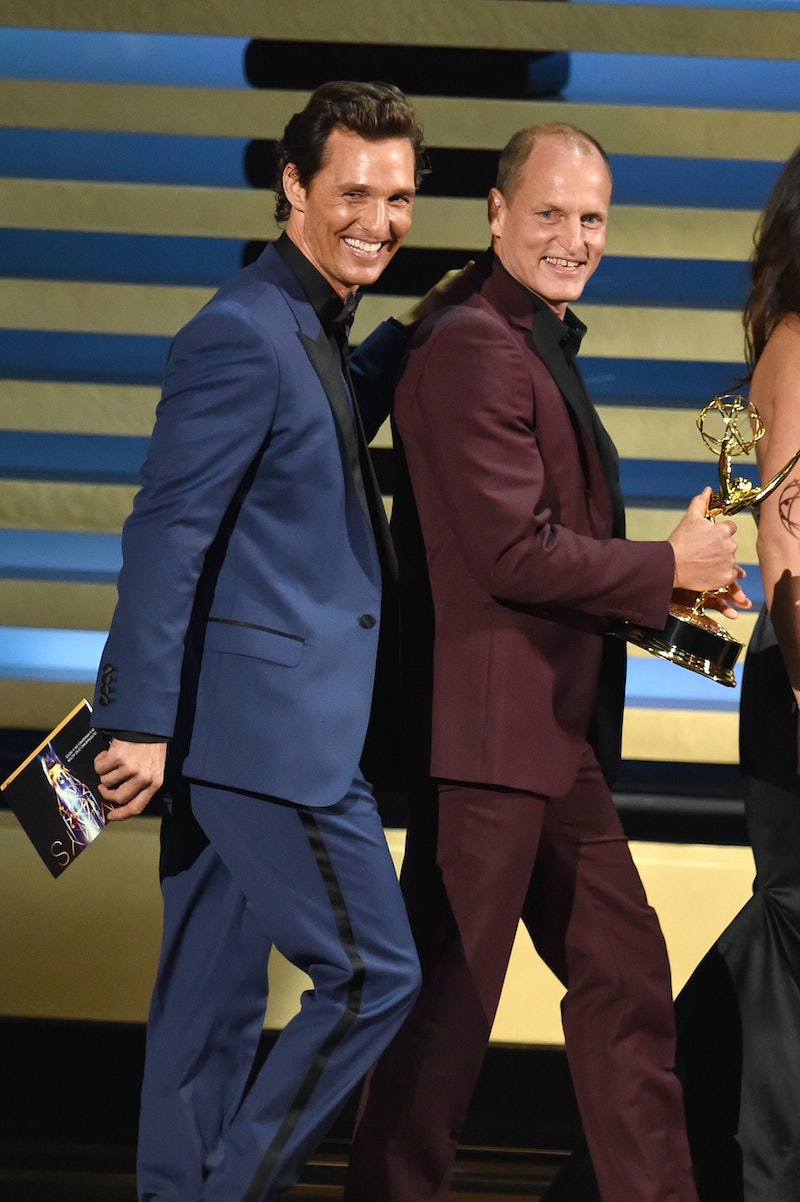 Guys, I'm, like, so sorry, but you're gonna have to sell those black tuxedos you saved up to buy. No longer is that basic noir acceptable, for Matthew McConaughey and Woody Harrelson at the 2014 Emmys ended the classic trend for good with their amazingly sexy navy and maroon suits. Excuse me while I swoon for just a little bit longer.

The True Detective co-stars took to the Emmy stage to announce the winner of the Outstanding Lead Actor in Miniseries Award (congrats, Benedict Cumberbatch!), and were just as chummy and fully of chemistry as we all could have hoped. Making fun of each other, making inside jokes, and making everyone feel a little bit overwhelmed with how cool and attractive the pair is. It's safe to say that between McConaughey and Harrelson and Tina Fey and Amy Pohler, we've pretty much found our two sets of BFF hosts for the rest of eternity, right? Great.

Though all the ladies of television looked as wonderful as ever on the 2014 Emmys red carpet, it's the dudes that have been really bringing their A game to the award show this Monday night. I mean, did you see Kit Harington's man bun?

Oh, and is it just us, or do McCaughelson's (their official couple name, I'm calling it) swaggy suits look a little bit familiar?