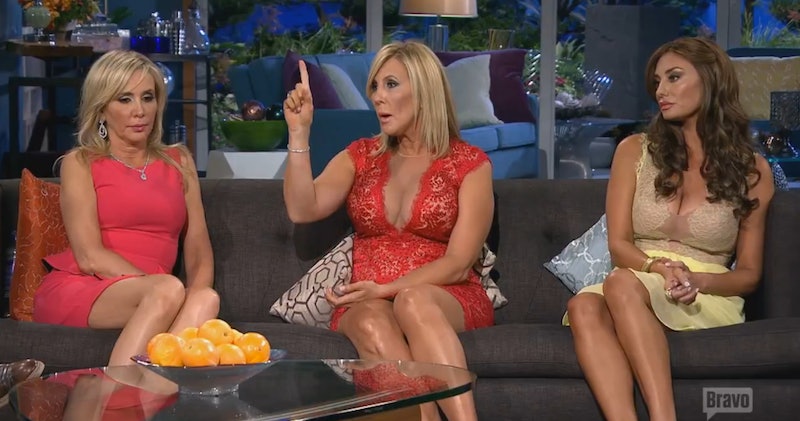 Gather ‘round, Housewives of the County of Orange! For the King of Bravo has requested your presence in The Royal Living Room Adjacent To The Royal Raging Ocean Waters. In the first part of the Real Housewives Of Orange County reunion, Andy Cohen asked Shannon Beador, Heather Dubrow, Lizzie Rovsek, Vicki Gunvalson, and Tamra Judge to throw their two cents into the Hot Topics Of Season 9 Jar. A few of the hits: Chairgate! Hoedowngate! Emailgate! Brooksgate! PleaseLeavegate! SpreadYourLegsgate! DavidIsAFlirtgate!

Yes, I could rehash the conflicts that the Housewives rehashed for the zillionth time. But I would much rather go through the new and exciting quotes from the first part of the reunion.

The Best Quotes Of The Evening

Vicki re: Andale’s in Puerto Vallarta: “We’re looking into buying it.”I hope this is true, for nothing was ever as meant to be.

Lizzie when asked if she dated Nick Lachey before he married Jessica Simpson: “Pre and post.”I threw my hands up in the air and yelled, "SHE WON. SHE WON THE REUNION." The reunion could've ended right then and there. Let it marinate, other Housewives. Set the crockpot to 98 degrees and allow it to simmer.

Vicki to Andy after explaining what she means whe she says someone “looks gay": “You don’t have a gaydar. You’re all boy to me”Andy and I made almost the same exact face when Vicki said this.

Vicki when asked to say something nice about the state of Oklahoma: “Positive? You have an amazing home for what you pay for.”Never change, Gunvalson.

Shannon: “Let’s call it what it is: You kicked me out of your house.” Heather: “I asked you to please leave.”(Repeat x100)

David re: Terry calling him a penis: “You were scary angry at this point."Or scary hilarious.

Vicki re: whether or not David is a flirt: “All he has to do is stand there!”And the next stop on our tour is the Mythical Man Who Can Flirt Without Moving Or Speaking. All he must do is stand up, and he will send out flirt rays with his mind.

Next week: Lizzie calls someone a bitter old lady. 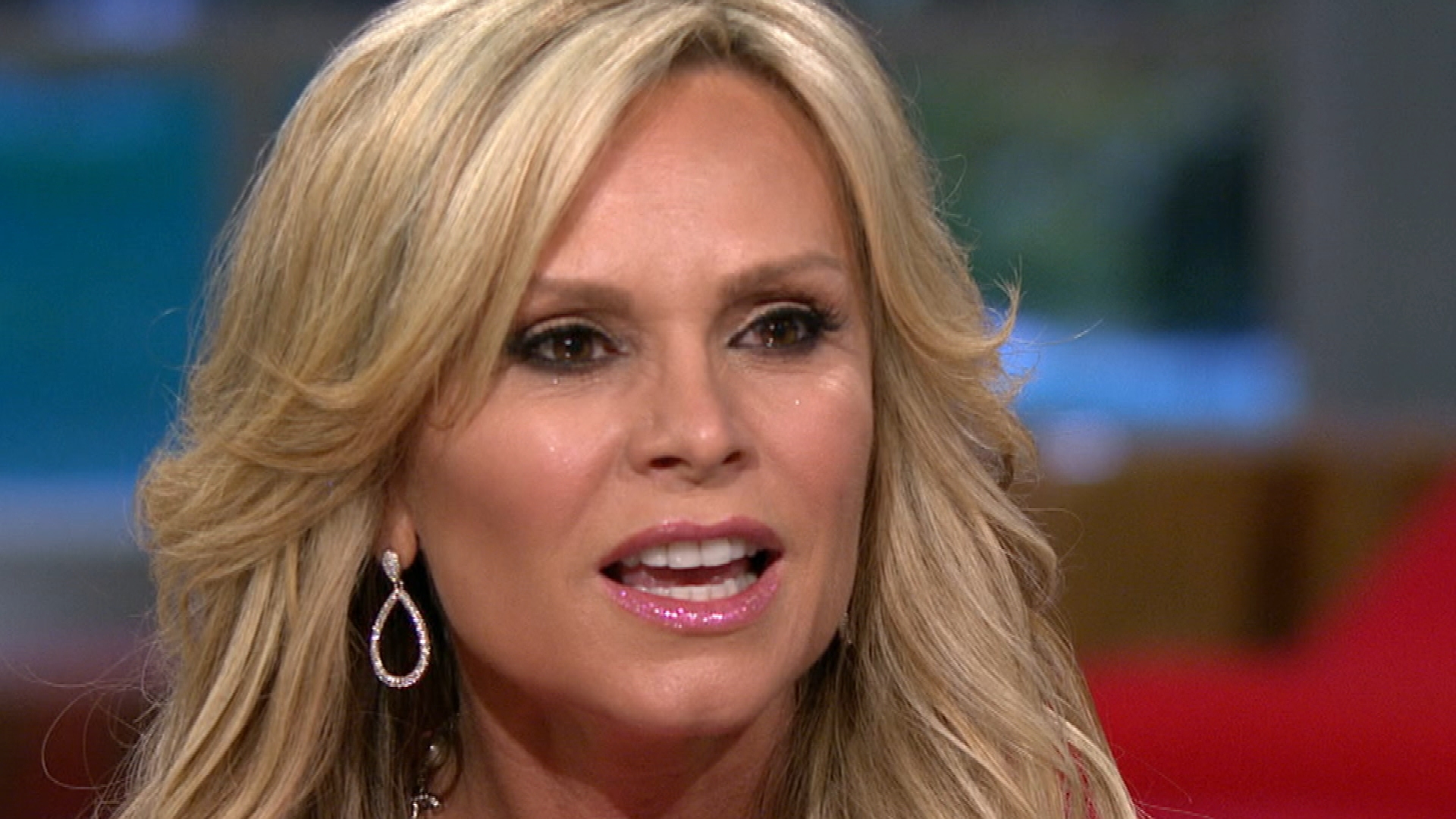 I wonder who it could possibly be! If only there was one cast member Lizzie openly disliked. Hm, hm, hm. I guess I'm just going to have to wait until the second part of the reunion. Until then, a mystery it will remain!