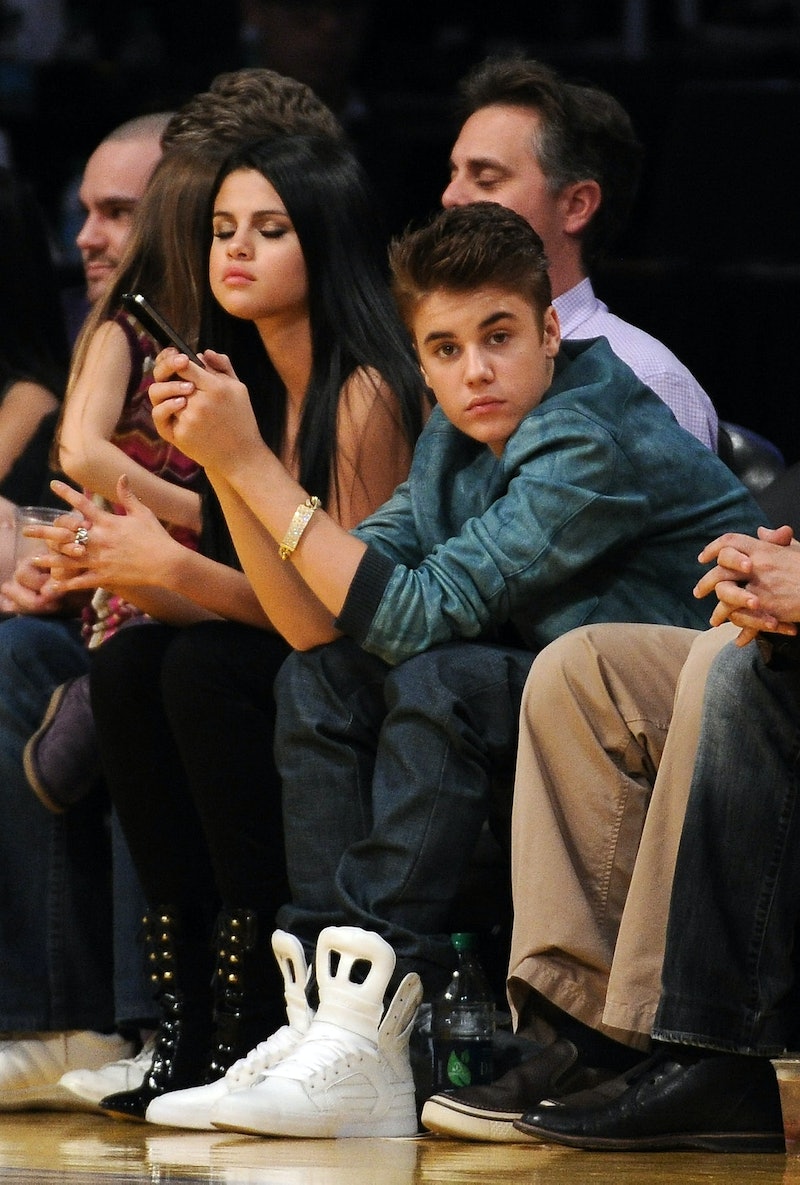 In case you haven't heard the worst news of the month, allegedly Justin Bieber and Selena Gomez are back together... again. If you're having a hard time keeping track, it's totally not your fault. This happens every other month, like paying student loans or something. It's painful/nauseating, but over quickly. Have they not learned their lesson about staying apart by now? Further proving that this couple isn't meant to be, TMZ reported on a disruption during Jelena's recent Dave & Buster's date. Reportedly, the cops were called on Justin Bieber after he lunged at someone trying to take photos of him and Gomez. He is now being investigated for attempted robbery, according to the gossip site.

The report of TMZ reads:

Justin lunged at the guy ... in an attempt to take his cell phone and presumably erase the pics and video. Justin's security held him back and he never made contact with the fan... Our law enforcement sources say the fan wants to press charges and Justin is being investigated ... and the possible crimes are attempted battery, attempted theft (stealing the pics) and attempted robbery (grabbing the camera in an attempt to permanently deprive the fan of the pics and video).

Well, that sounds pretty terrible. However, I'm a bit skeptical, since only a few hours ago, Inquisitr posted an update saying nothing happened, reporting, "no theft, no scuffle and no crime occurred." Then again, I'm not sure whether to believe Inquisitr, since they refer to Dave & Buster's as a "restaurant" when really it's a glorified Chuck E. Cheese for grown-ups.

Either way, all these tabloid reports should be a wake-up call to Selena Gomez about why being with Justin Bieber probably isn't the best move. Like, how is she OK with all those times he posted-and-deleted intimate photos of them to Instagram? Even I'm not OK with that. Plus, this isn't the only time charges have been brought up against the Biebs, and I'm not even talking about his arrest (because that mugshot is forever engrained in everyone's memory). Back in May, Bieber was accused of attempted cellphone theft and in February, his bodyguard was arrested for a camera theft.

Jeez, he really needs to stop all these attempts at stealing things. His biggest offense, though? Stealing Gomez's heart. (Sorry, couldn't resist the comparison.) Give it back already, please!