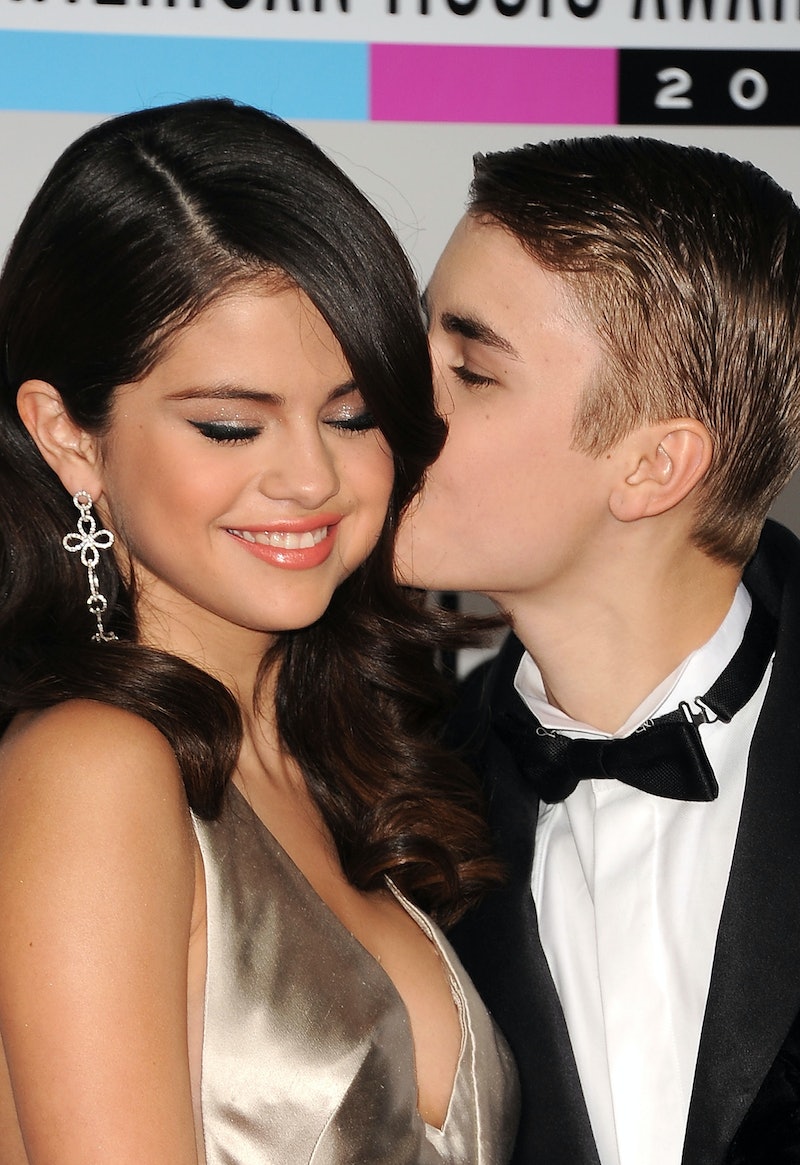 Oy. Here we go again. According to TMZ, Justin Bieber and Selena Gomez are back on. How back on are they? They're so back on that they're going to church together (huh?); spending entire weekends together (ugh); and saying "I love you" to one another (no!). Excuse me while I vomit into the nearest trash can, purse, or Trader Joe's bag.

To put it bluntly: Selena Gomez getting back together Bieber would be the worst idea on the face of the earth. Well, OK, fine, there are probably worse ideas in this world, but it would definitely be a bad decision on her behalf since Justin is, you know, the pits. SelGo (let's try to get that going, shall we?) appeared to be in such a good place the past month or so. She was yucking it up on jet skis with handsome Euromen, dancing to Blurred Lines, and generally looking like she was having a great time frolicking around the South of France. But Bieber on the other hand? Dude's been a hot mess. From his fistacuffs with Orlando Bloom to his immature Instagram posts about Orlando Bloom to his turning himself into a tiger, dude clearly needs help. And he's clearly going to drag Selena down with him on his destructive path.

Not sure if Gomez has been in some bizarre bubble, where she's been shunned from hearing about any and all Bieber gossip as of late (and if so, where can I get one?), but I can't, for the life of me, figure out why in fresh hell she would want to get back together with him right now, while he's clearly going through such a hard time. It's one thing to be there for him, it's quite another to date him.