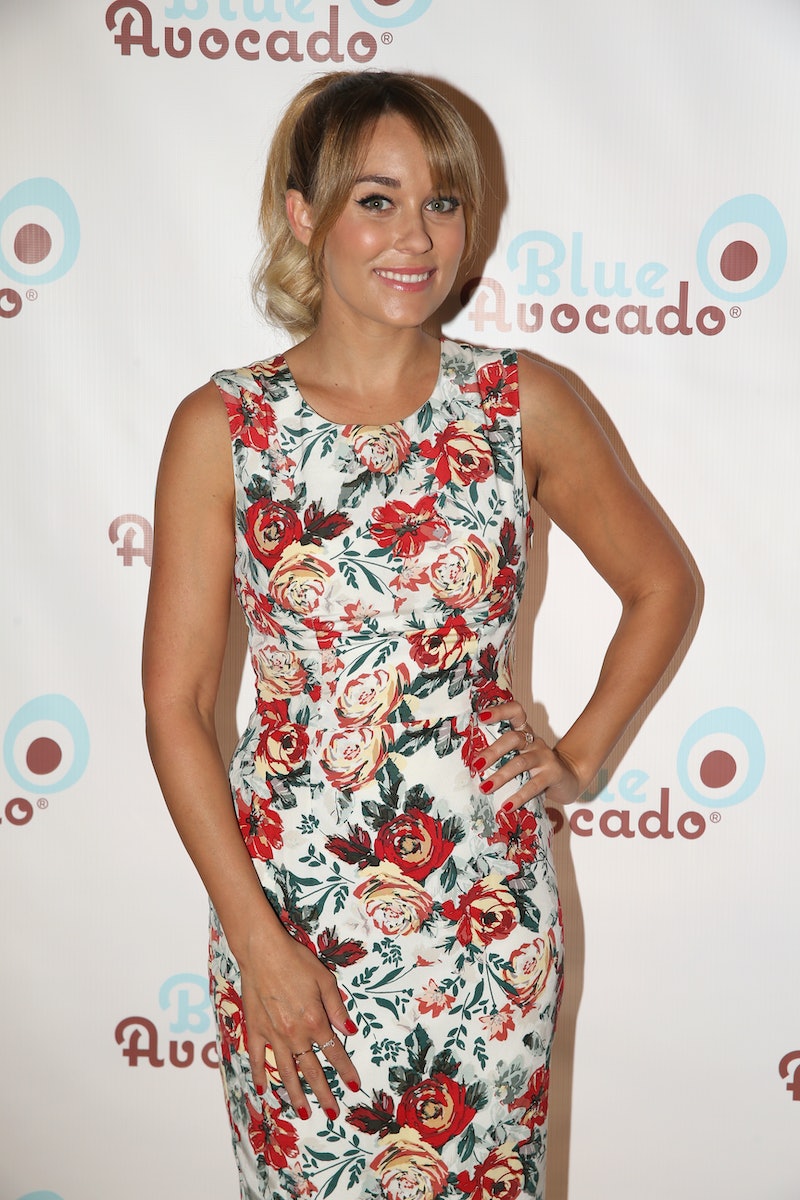 When Lauren Conrad set a date for her wedding, naturally everyone posed a ton of questions about the details surrounding the reality star's big day, like what her dress would look like or who might make the guest list. Fortunately, Conrad has a huge helping hand in former Hills co-star Whitney Port, who reportedly pitched in to helped with planning duties. That seems to have worked out great because unless Conrad has superheroic wedding planning powers, I don't see how in the world she found time to taste the cake, select hairstyles that will hold up throughout the ceremony, approve a seating chart, and release her own line of Lauren Conrad bridesmaids dresses.

According to People, the 12-look collection is available through Conrad's clothing line Paper Crown. Quite frankly, that's a ridiculously admirable feat, especially for someone who's supposed to be basic. Compared to many of her celebrity counterparts, Conrad's latest fashion venture is an incredibly smart way to capitalize off her wedding without coming off as a complete money-grubbing bride who prefers to make the ceremony more about a paycheck instead of celebrating the start of a marriage.

It's true that a celebrity wedding has several components that set it apart from the average wedding. Everyone's famous, from the bride and groom, to the guests, to the caterer and dress designers. So, oftentimes, the exchanging of money is just as crucial as the exchanging of vows. Conrad was certainly aware of that, but these bridesmaids dresses are way more creative and decidedly less obvious way to profit off wedding than say a reality TV wedding special of Kimye proportions, complete with camera crew and carefully orchestrated close-ups.

Besides, she's been there done that and has the mascara-streaked reality TV moments to prove it. In the past, people have criticized Conrad for her super laid-back personality, but in this case I think her understated approach completely worked in her favor.