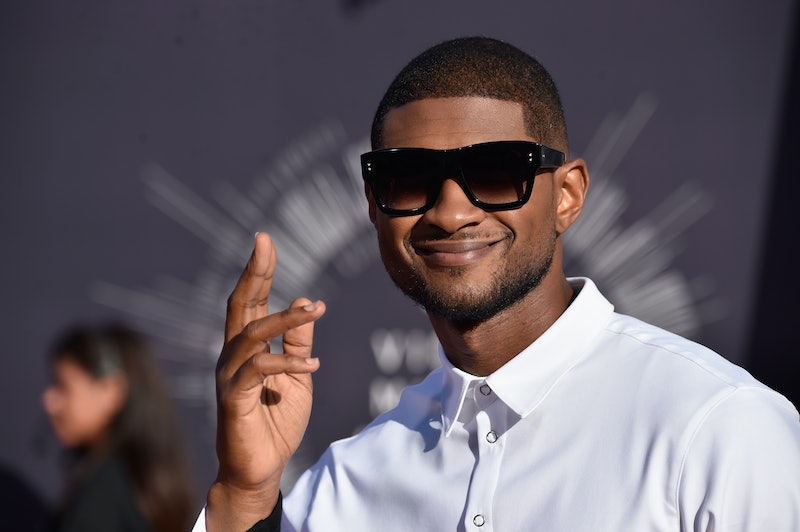 Damnnn, he's still got it. Someone please give Usher his own Step Up movie because, in case we all forgot, he's a seriously awesome dancer. On Tuesday the singer/songwriter/actor released his new music video for his single "She Came To Give It To You" featuring Nicki Minaj — you know, the song with the super weird and creepy lyrics about Usher potentially coaching another man how to pick up a woman at a club — and it features some epic dance-battle moves.

IMHO, Usher needs to pause his singing career and immediately start working on his own film. Why? Because his music video proves that he could totally pull it off. The video has it all: battle-esque dance moves, a dark ambiance, emotional staircase scenes, and a badass woman to keep pace with him (oh hai, Minaj). I can just see it now — Usher would star as some lost-cause guy who dances to express himself and connect with others, and Minaj would be the girl with whom he has a love-hate relationship with (but in the end they would fall in love, because, obviously they would). There would be valleys and hills of to-be-determined plot and some jokester to lighten up the mood, and it would all end with a dance battle that proves that Usher is the man he always wanted to be.

Plus, based on their weird butt-and-shoulder bumping performance of the song at the 2014 VMAs, we already know that Minaj and Usher have what it takes to put on a good performance. Let's make it happen, people.