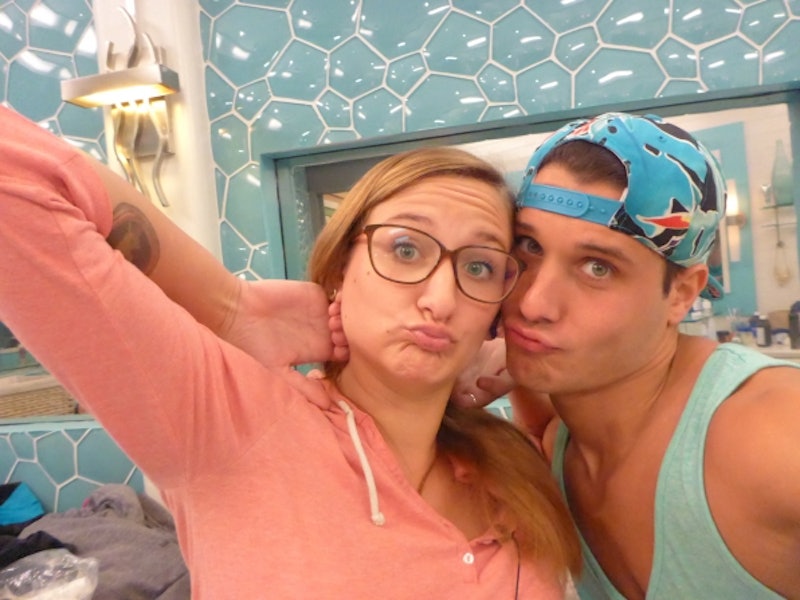 They may seem nice and innocent, but Big Brother 's Cody and Christine have been nothing but trouble so far this season. Cody may have seemed like the young, chill jock from the get-go, but trying to take down Donny with his reign as HoH this week is not going to sit well with viewers. At first, Christine was a down-to-earth, quirky, nerdy girl you wanted to root for. However, she has proven time and time again that she's not afraid to manipulate her fellow houseguests. These two really are like the Bonnie and Clyde of the house.

Although Cody has actually not been the most strategic houseguest this season, his vendetta against Donny makes him a villain in my eyes. During Cody's first time up as HoH, he could have made a big power move and backdoored Caleb, who has proven to be a real threat in this game (he's still here, after all). Unfortunately, Cody decided to name Donny as the replacement nominee. Like many of the houseguests, Cody has always thought there's something fishy going on with Donny, so he has attempted to get him evicted for much of the game. America loves Donny, and if you mess with him, you mess with all of us. By trying to get Donny out again this week, which sounds like it will actually happen sigh, Cody has guaranteed he won't be voted "America's Favorite Houseguest."

Cody comes close, but if I had to choose just one houseguest to name as this season's Big Brother villain, it would definitely be Christine. She is almost admirable for how sneaky she has been this season — almost. Although she has pulled a fast one on many a houseguest, there is no one she has betrayed more than her bespectacled friend Nicole. Secretly working with the Bomb Squad and then the Detonators alliance, Christine betrayed Nicole, supposedly her best friend in the house, time and time again. I was totally hoping these two would go to the end, because who doesn't want to see two ladies in the finale? Alas, Christine helped evict Hayden and blindside Nicole because that's what her alliance members wanted to do. Christine allowed true friendship to take a backseat to having the numbers in the house.

Not only have Cody and Christine been partly responsible for evicting a couple of our favorite players, but their almost-showmance is getting gross. Christine is married and the way she caresses and flirts with Cody is a bit too close for comfort for my tastes. Similarly, Cody doesn't seem to think there's anything at all wrong with his relationship with Christine, and it makes you question his morals a little bit. "Codine" is the showmance that everyone just wants to end.

The other houseguests who might be frontrunners for the position as main baddie this season just don't live up to the dastardly deeds of Cody and Christine. Crazy Devin got out too early in the game to really come into his own as a villain. Zach also offended people constantly, but his antics really livened up the show and there was just something about him that made it impossible to stay mad. Caleb was definitely a creep toward Amber, but since Amber has been out of the house, he's been more of a source of comic relief than anything else. Frankie is the houseguest that probably comes closest to reaching the nefarious levels of Cody and Christine. However, similarly to Zach, his over-the-top personality and showmanship, not to mention his famous sister Ariana Grande, have kept Frankie in a positive light on the show.

Right now, Cody and Christine are on top in the Big Brother house. But Nicole could win HoH next week (oh please oh please oh please), and this villainous duo could soon see itself torn a part. Even if that doesn't happen, Cody and Christine are going to have to turn on each other eventually. And if there's anything we've learned about these two this season, it's that they most certainly will.