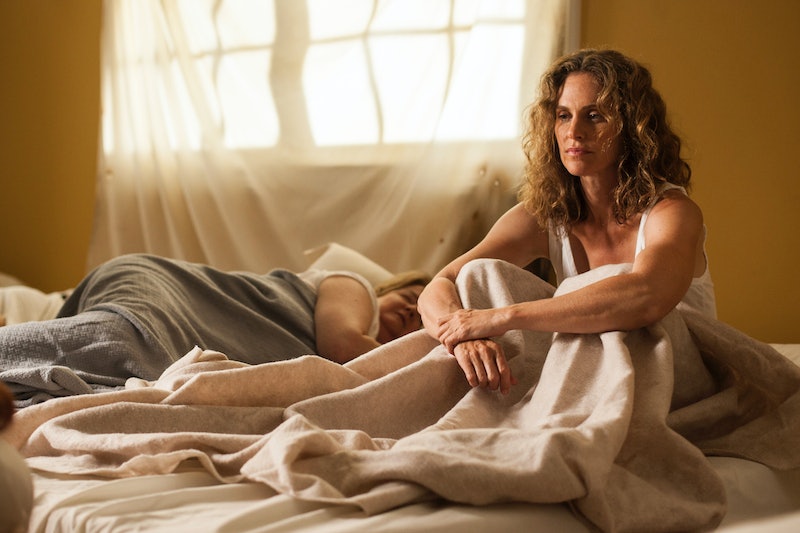 When Lost ended, I promised myself that I would never commit to another show that left me annoyingly unfulfilled and endlessly frustrated week after week. Enter, Damon Lindelof's next question-filled series, The Leftovers . I mean, shame on me for thinking that this time would be different, and that we might actually figure out things like where the Departed went. Once an answer-withholder, always an answer-withholder, amiright?

Now that I have nine-episodes worth of questions floating around in my head — to be fair, some of them have been answered — it's time for the finale to set some things straight. Of course, that's just me being hopeful. Who the hell even knows what kind of information we're going to be given. It could be anything from answering small questions like, "What did Kevin say to Aimee when she was bandaging his hand?" to answering the Big Kahuna, "Where the actual fuck did the Departed go?".

Speaking of where the Departed went... where did they go? Obviously, that question is unique to absolutely no one since it's a query that's been brought up both in the show and out of it. But that doesn't mean that it's not a valid question to ask. Of course, just because we ask a question, it doesn't mean that we're going to get an answer. (And maybe we're not supposed to know the answer. Maybe this show truly is just about people coping with grief, guilt, and sadness.)

But what happens when fans are given zero answers? Theories arise. And these are a few possible theories speculating where the Departed have gone:

I spent a lot of time thinking about contemporary Christianity, and obviously the rapture kept coming up. My first impulse was ... to laugh it off — it's sort of a funny idea, people just floating away. But I kept thinking: What if it did happen?

And as Dan Stewart noted in an article for Time, there are definitely similarities between The Book of Matthew and The Leftovers .

Now doesn't that sound a little bit like Kevin Garvey having sex with a woman who randomly vanishes into thin air?

The Departed are often referred to as the "victims," but are they really? If we're going by Preacher Matt Jamison's theory, then the Departure was not the Christian Rapture, and the two percent of people vanished because they were bad people.

They're dead or non-existent

Sorry, not sorry. There's a good chance they're just... gone. Sure, I don't know where the bodies went, but it's still a reasonable assumption. Plus, Perrotta's novel doesn't explicitly say that it's the Rapture. It just says that it's maybe the Rapture. From the book's description:

What if the Rapture happened and you got left behind? Or what if it wasn't the Rapture at all, but something murkier...?

Disappearing into non-existence is pretty murky, if you ask me.

They've been abducted by aliens

I'm not trying to be funny or outrageous. Two percent of the population vanishing is already outrageous, so an alien abduction is perfectly plausible. Anyone else watch Guardians of the Galaxy ? Swap out the spaceships for invisible spaceships and we've got a massive extraterrestrial kidnapping spree on our hands.

They're in another world, and the present world is now hell.

I'm not saying that the Departed went to heaven, I'm just saying they went to another world. Like if two percent of the population moved to an alternate reality and started life all over. Which then leads me to believe that the present world — the reality we're watching — is now hell. Why? Because they're stuck forever wondering what happened to their loved ones and why they were left behind to suffer.

Of course, the second big question is: No matter where they are, can the Departed return? Fingers crossed that Nora Durst's cheating husband (played by House of Card s ' Sebastian Arcelus) lives to text at the kitchen table another day.