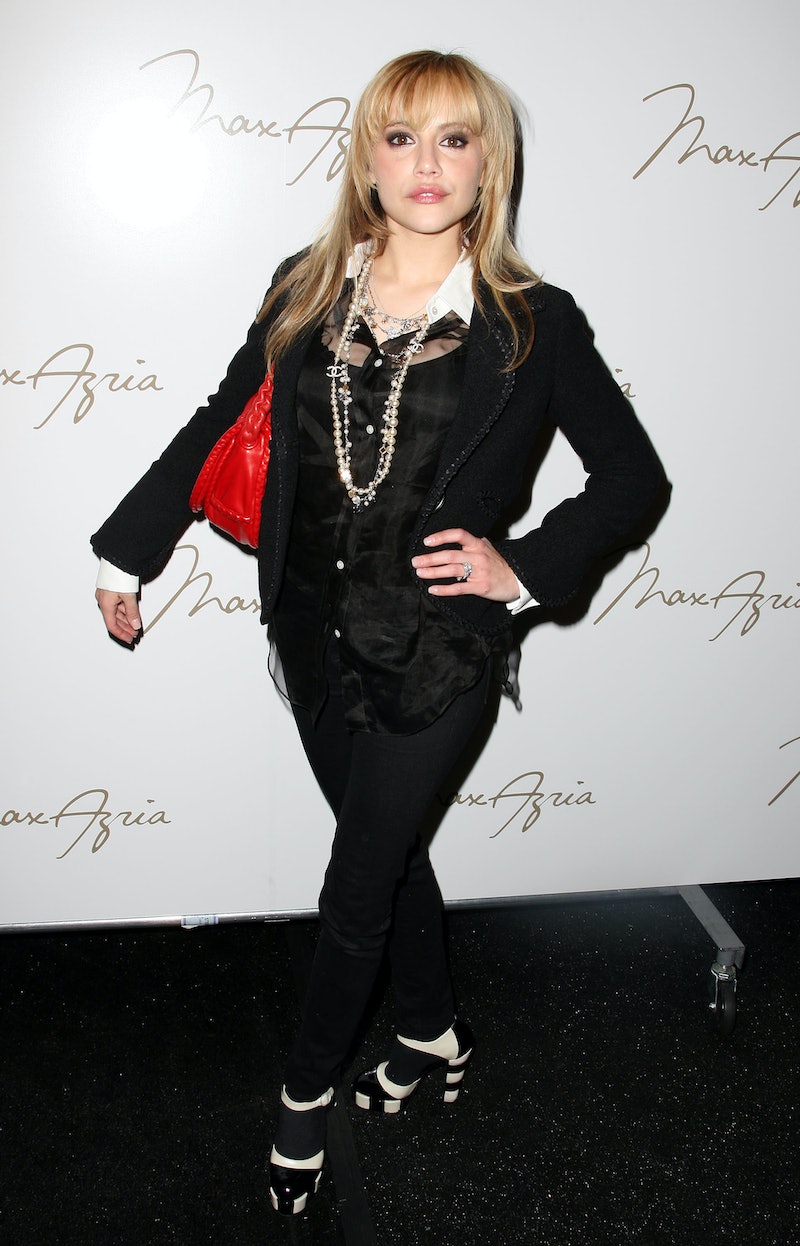 In the days leading up to the premiere of Lifetime's unauthorized biopic The Brittany Murphy Story, Brittany Murphy's father, Angelo Bertolotti, has made his feelings about the film quite clear. He told the Examiner the film is "an affront to everything my daughter was in real life. It’s hideous, unauthorized and completely untrue." But what we really want to know is how Sharon Murphy, Brittany's mother, feels about this portrayal of herself and of her daughter, and whether it accurately represents her relationship with Brittany.

The film version will show the two as having a very close relationship and Sharon's encouragement of Brittany's acting career. According to People, Sharon’s spokesperson has said that Sharon was not involved in the making of the film at all and wasn't even contacted by Lifetime. Of course that calls into question where Lifetime got the information about Brittany and Sharon's relationship for the script.

When Brittany suddenly passed away in 2009, her cause of death was reported to be a combination of pneumonia, mixing legal drugs, and anemia. But in 2013, Brittany’s father told People that he suspected Sharon was involved in both Brittany's death and that of her husband, Simon Monjack, just five months later. Sharon not only denied the accusation in an article for The Hollywood Reporter, but claimed that Bertolotti was nothing more than Brittany's estranged biological father who wasn't very present in her life. For his part, Bertolotti recently tweeted the following photos, which seem to show that he was close with his daughter.

However in the Hollywood Reporter article, Sharon explained that she raised Brittany alone with little to no money and that the two were inseparable even under the worst of circumstances. She said that "no bond could have been stronger,” for she was the sole support in Brittany’s life and career. She also claims that during Brittany's teenage years, when Bertolotti saw his daughter occasionally and would have taken the photos above, Brittany "quickly saw him for who he is — and didn't want anything to do with him."

If Bertolotti insists that the father-daughter love displayed in the photos is genuine, then clearly the two have very different perspectives on Brittany's upbringing. It appears as though the relationship Sharon describes is the version we’ll be seeing in the film Saturday, depicting an extremely close, supportive mother-daughter relationship, without every showing Bertolotti.

Until Sharon releases an official statement on the film, it will be up to you to decide whether The Brittany Murphy Story is sincere or just slander. Lifetime claims their documentary is the “true story of how Brittany’s Hollywood dream turned into a nightmare," but without any input from Sharon herself, that's hard to believe.