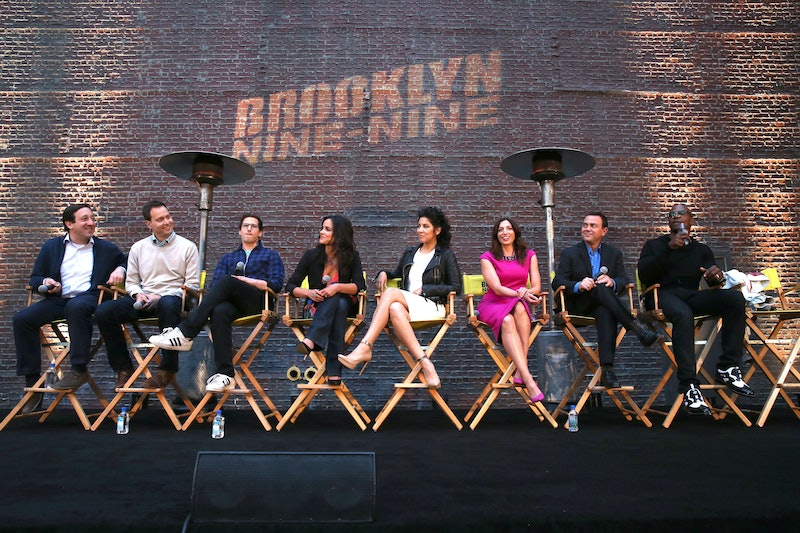 It's a sad story that hopefully won't be very sad for much longer: there's an excellent sitcom on Fox that has won Golden Globes. It stars some of the funniest people in comedy. It has a pretty hilarious social media person writing great tweets and posting great pics on Instagram... and you're not following this show, Brooklyn Nine-Nine on Instagram. Why?! Not to shame you or anything, but as I type this, the series only has 8,499 followers. Do you realize how little that is? There's a squirrel on Twitter that has almost 100,000 followers! (OK, maybe that's an unfair comparison. That squirrel is a viral sensation... and squirrels are pretty cool.)

But you might be asking yourself: "Why should I follow this show in the first place? Yeah, I dig it, but do I wanna have a sitcom's pics right above my friends' selfies and photos of their brunches as I scroll through my Instagram feed?" The answer to that is, "yes."

For those of you who are worried that BK99 will assault your Insta feed with a zillion selfies a day like the notorious Instagrammer, James Franco, fear not. BK99's Instagram is filled with fun teasers for the show, as well as some witty photos with equally witty quips. It gets you amped for the upcoming season without exhausting you. With photos like this:

And if that doesn't cut it for you, here are some other reasons: Andy Samberg, Terry Crews, Chelsea Peretti, Stephanie Beatriz, Melissa Fumera. And that's just the short list.

But it seems just odd that a show so popular that has been so well-received would have such a (comparatively) tiny following... so implement some justice in the Instagram world, and follow these guys. Who knows — maybe they'll pull a Taye Diggs and follow you back! (Probably not, but you can always cross your fingers.)