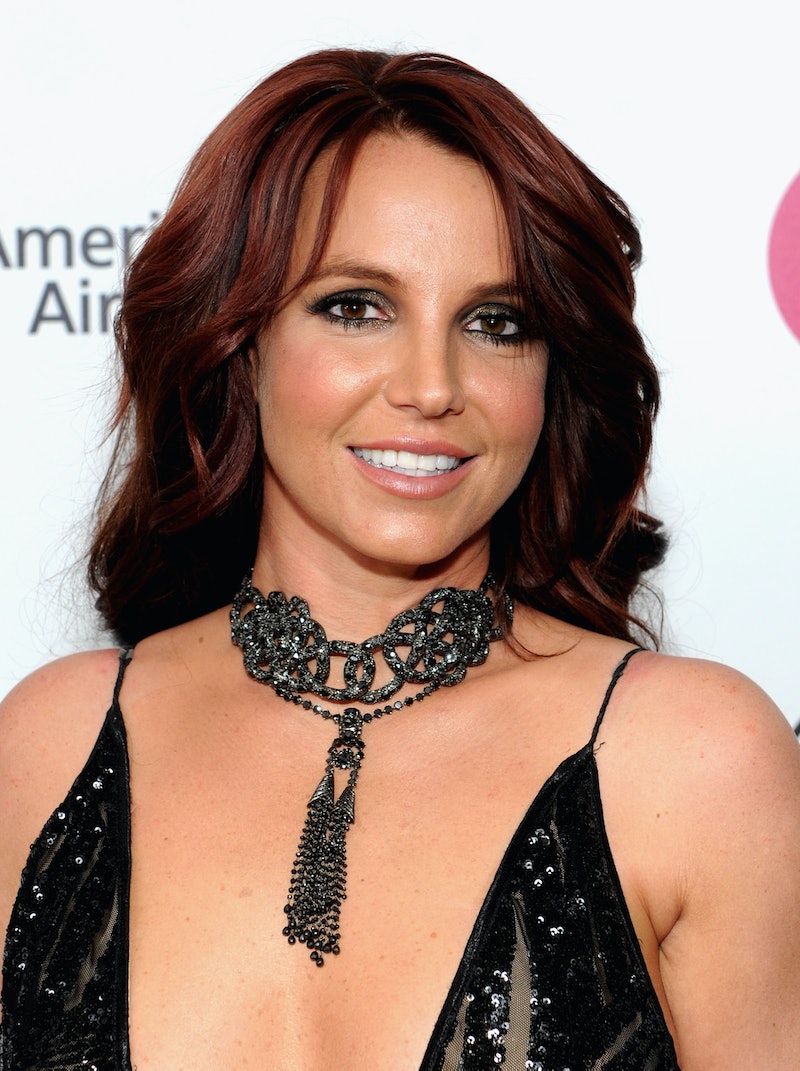 I am a Britney Spears fan, dating back to 1999 when I danced around in my bedroom to "...Baby One More Time." So obviously, I am pretty elated to see that Britney posted a photo of herself in the RECORDING STUDIO on Instagram. This means that Britney will maintain cultural relevance and that her pop music prowess is ineffable, right? I mean, Britney's career is older than most of Taylor Swift's fan (for the record: it's been 15 years since her ...Baby One More Time tour). You can't stop Britney, bitch. So when is Britney's next album dropping?

Since we know that the 32-year-old is back in the studio, then of course, we must ask this question: "WHEN AND WHAT!?!" OK, that may not be exactly a fully formed question, but it's a plausible reaction to the news. Given that Brit's been busy promoting her lingerie line, could a new album feasibly be on the way? Is she due for one? Let's figure this out.

In the early years of her career, the mom of two released a new album every year — Britney came directly after Oops!...I Did It Again, which came directly after ...Baby One More Time, ensuring that Britney would remain atop the charts. In The Zone came two years after Britney, and then fans had to wait four years til Blackout came out in 2007.

However, Circus made up for that when it came just a year later, followed by a three year wait for Femme Fatale and a two year wait for Britney Jean , which arrived last year. So essentially, Brit has a pattern of releasing an album every two to three years — and if she makes us wait awhile, she'll then stack 'em up, so it seems. Judging by this, we could get a new Brit album in 2015 or 2016.

Now would be an appropriate time for her to get back in the studio for a new album in the coming year or so, as she's rife with material right now. She recently broke up with her boyfriend, David Lucado after a leaked video surfaced of Lucado cheating on Spears (ugh). What better way to get over a shitty break up than by recording new pop music? I wrote cheesy ballad when my fifth grade crushes didn't like me back, so I feel ya, Brit.

And, given that Britney is a seasoned vet in pop music, and also an accomplished lady who happens to be a mother... might we expect something less hyper-sexual and something a little more laid back? Maybe she'll go back to her Louisiana roots and give us some southern charm. Is a Britney country album in the works, and if it was, would you buy it, or would be like, "nooo, wasn't a fan of 'Don't Let Me Be The Last To Know.'" It's a trick question. Of course you'll buy it. Hey, maybe the new music will see her team up with Max Martin again, because despite his grammar gaffes, he still knows how to make a hit.