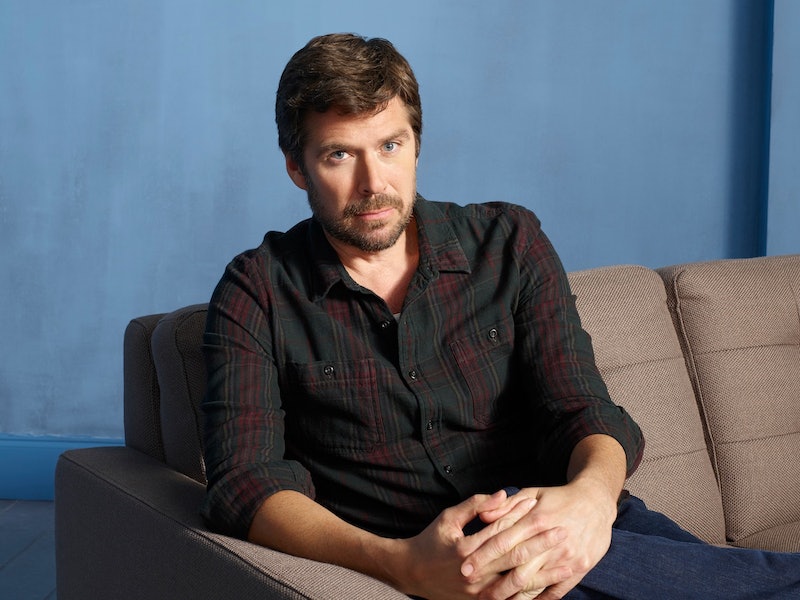 Finding Carter's David may be the definition of a bad dad, but he may also be lying about even more than his family knows. Bustle has already speculated that David may have had something to do with Carter's kidnapping, and now that we are approaching the penultimate episode of Season 1 of Finding Carter, we may find out the truth. Kathryn Prescott, the actress who plays Carter, teased that we won't find out everything about the kidnapping this season, but that there was a big reveal about David coming our way. Could it be that David had an affair with Carter's kidnapper mother, Lori?

I was skeptical at first, but now I'm thinking that the answer to this question is a resounding hell, yeah. Kadeen Griffiths at Bustle posed a similar theory weeks ago, and now it appears that evidence has stacked up to support it. Kadeen suggested that, perhaps, Lori and David had an affair that resulted in Carter's birth. While the whole "twin sense" thing between Carter and Taylor suggests that these two really are sisters (and therefore share Elizabeth as their mother) the affair idea still makes a lot of sense. Here's why Lori and David could have a secret past.

He Was Surprisingly Chill About Carter's Return

The contrast between David's reaction to Carter's return and Elizabeth's reaction was surprisingly extreme. According to Carter's brother, Grant, Elizabeth truly thought that Carter was dead all along: Seeing her in the flesh was almost like getting a second chance with someone who had died. David appeared happy to have Carter back, but he was noticeably less shocked... almost like he knew that she was okay all along. Watch his reaction at 8:40 in the pilot — David barely needs to look at the photo of Lori to realize where he knows her from.

His Reaction To Elizabeth's Affair Was Odd

There are no rules for how you should react when you learn that your wife has an affair, but there are certain things that you should not do, which is use her affair as a strategy to getting permission from your daughter to write a tell-all about her life. He told Elizabeth he wasn't upset with her for having the affair: He knew that she didn't love Kyle, and assumed she would get over it. That's an odd way to react, considering that David knew about the affair for a pretty long time. What if he thought Elizabeth would get over it because he got over his affair with Lori? That could have prompted Lori to take Carter, either because she wanted to get back at David or because she believed that Carter could have been her own child in a different life.

He Wrote A Memoir

Okay, okay: Obviously this is a pretty common thing to do if you suffer a particularly public tragedy. But the one thing that is interesting about a memoir is that it allows the author to rewrite history... and, most of the time, an audience will believe them. What if David knew he would be screwed if the police found out that he had an affair with Lori, and wrote his own version of the story to send them off his trail?

The Phone Call Was Super Suspicious

This solidified the idea that Lori and David had some prior relationship. Lori told David that he was "never a good liar" and "not to underestimate her" — things that you probably wouldn't say to someone you've only had friendly and casual conversations with. Lori clearly feels entitled to Carter, and if she had an affair with David, it might explain both her anger towards the family and her belief that Carter is her true family.

If Lori and David did have an affair, it can't stay hidden much longer — we only have two episodes left to find out the truth.