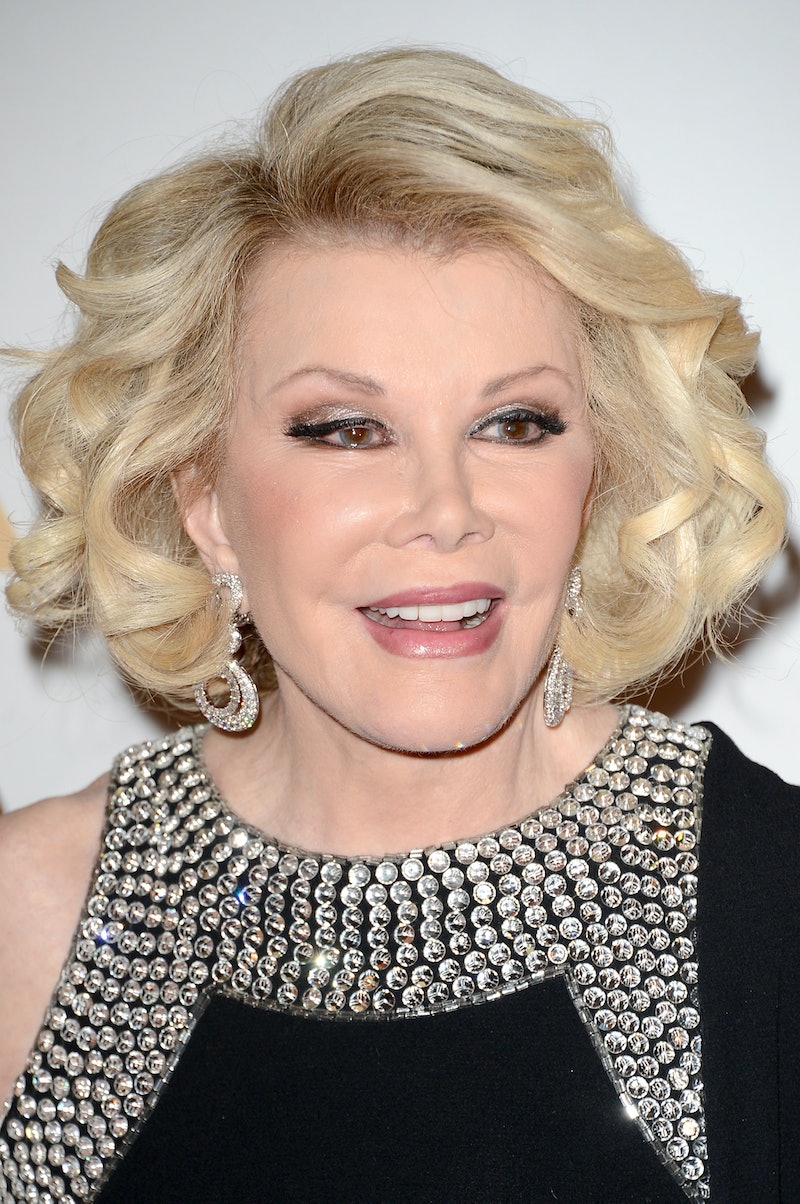 Unfortunately, some Joan Rivers' fans aren't taking her death well, at all. Angry fans have reportedly been sending death threats to Rivers' endoscopy clinic for allegedly botching her throat surgery. Rivers was immediately hospitalized after she went into cardiac arrest during a diagnostic procedure at Yorkville Endoscopy in NYC, and fans have since been posting violent, threatening messages on the clinic's Facebook and Yelp pages.

An unnamed source told TMZ that so many threats have been coming in that the clinic had to hire additional security and has been shutting down early on some days to ensure employee safety following angry internet messages alleging malpractice, such as "I hope you people die, you killed an icon" and “Obviously not the best care when you go in for a routine procedure and never wake up."

We hope fans are able to remember Joan Rivers in her waking life, as the vivacious and colorful woman she was. R.I.P. Joan!