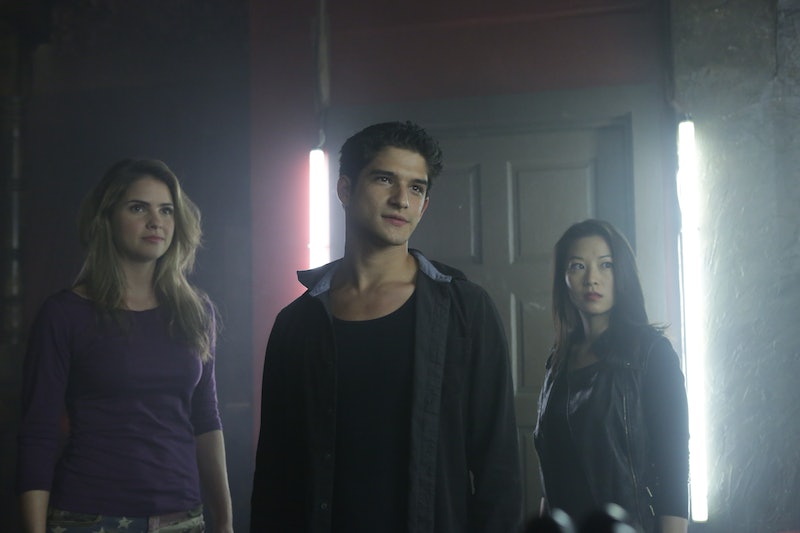 Even though Season 4 is just about to draw to a close on Monday, MTV is already releasing details of Teen Wolf Season 5. We don't yet know when the next batch of episodes will start airing, though all previous seasons have premiered in June, so it's unlikely MTV will veer from that pattern. As was revealed at the show's Comic Con panel on July 24, Season 5 will be made up of two mini-seasons (presumably, one starting in the summer and the other a few months later), following the same model as Season 3. However, next season will be down four episodes from Season 3's two-parter, featuring only 10 episodes, not 12, per mini-season. But before you start a letter-writing campaign about having four less hours of Stiles being adorkable in 2015, remember that Season 4 only had twelve episodes total.

10 episodes per half-season may be better for everyone. It means the writers can cut down on the more unnecessary characters and plot lines (like that whole Triskelion business) and focus in the people we most care about (such as, say, Stiles, for example). Plus by cutting the season in half, MTV is essentially giving fans two premieres and two finales, and we all know how intense those episodes tend to be.

Splitting the season into two parts is also good business for MTV. Season 4's ratings haven't been so hot, especially coming off Part 2 of Season 3, which had the most viewers Teen Wolf 's ever seen. Next season the network can promote both sets of premieres and finales, which besides being fun for fans, are almost always the highest-rated episodes of any season. Fewer eps also gives viewers less time to get bored and go in search of other Monday night entertainment, and a mid-season hiatus leaves time for the actors to take on other projects, boosting Teen Wolf's visibility.

It's clear that having just 12 episodes hasn't worked very well for Season 4. Last week's episode was the second-lowest rated of the entire series, with just under 1.3 million people tuning in.

But let's not get ahead of ourselves. We still have the Season 4 finale to get through before we have to worry about Season 5. In the promo, it looks like Scott may be forced to kill his girlfriend, Kira. Damn, and she just got promoted to series regular too! Of course, it's pretty unlikely that the show's gonna make Scott, the perpetual good guy, kill anyone, especially someone he's dating. Still, it would certainly inject some life back into Teen Wolf, and I could see dark-Scott attracting more fans next season. As long as he stays friends with Stiles, we're all good. Watch the Season 4 finale preview below.