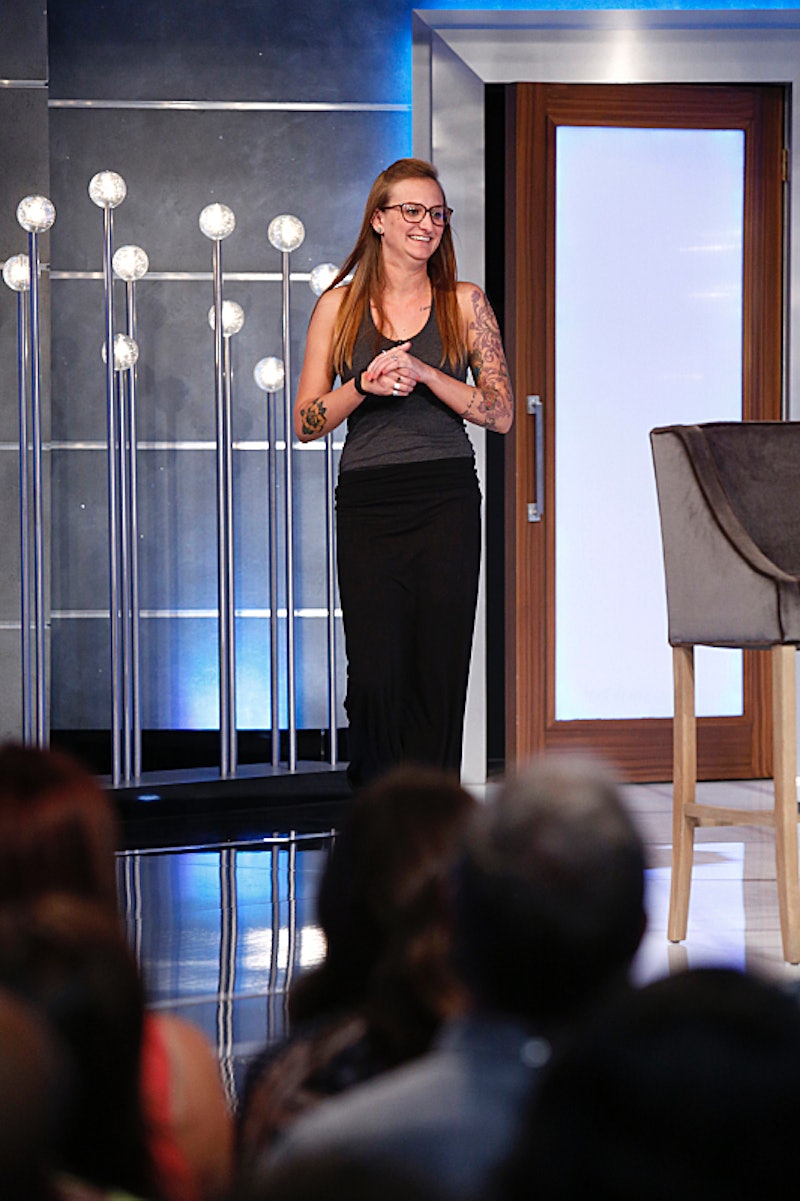 During Sunday night's episode of Big Brother, fresh off of hearing the rapturous jeers coming from the studio audience upon Christine's exit from the game, the houseguests were surprised. Derrick said he had never heard of anyone getting a welcome like that from the audience. So the remaining houseguests began to speculate as to why Christine would receive such treatment from fans. Frankie's reasoning: her relationship with Cody.

The houseguests and many Big Brother fans alike thought Christine's flirtmance with Cody was inappropriate since she's married. I also thought it was a little too close for comfort. But Frankie's next comments were just uncalled for.

Frankie said he wasn't shocked that the studio audience would react in such a way because he thinks much of America is appalled by Christine's relationship with Cody. However, no one faults Cody for his actions, because I guess he didn't know Christine was married and didn't cuddle back with her at all? No. Apparently what Cody was doing was "playing the game." However, Christine, who also said on several occasions that her closeness with Cody was part of her strategy to get ahead in the game, was shamed for her actions and according to the houseguests, rightfully punished for them. Frankie's words were, "It's a little different when you're married."

Frankie then went on to say that it's possible Christine actually loved Cody, like love loved him. I'm not so sure about that. There was definitely some chemistry between the two, but the L word is a big one to drop, especially when you don't know anything about Christine's marriage or how she actually felt about Cody.

I was glad to see Cody react by saying that it was unfair for Frankie to put the blame on Christine for the audience's boos and to basically blame her for the entire relationship, especially because she wasn't there to defend herself. Cody also said he didn't see anything wrong with how he and Christine acted toward each other because it's all a part of the game. However, it would have been nice for Cody to actually have said these things to Frankie and not to us in the Diary Room, but I guess he wants to make sure all of America sees him in a positive light. He doesn't want to get booed too.