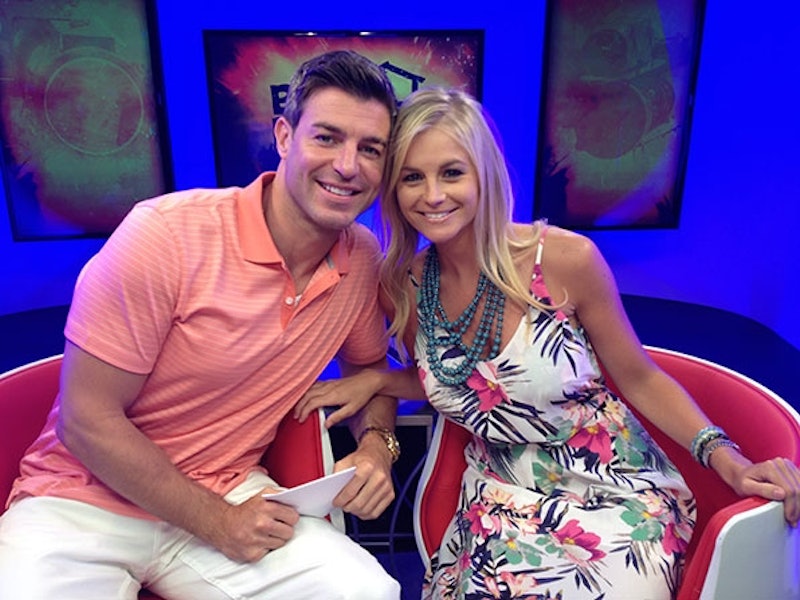 There are a ton of reality shows that boast themselves as the place to find true love. So what does it mean when a show that has nothing to do with finding your future spouse has almost as much success as one of the dating reality shows? Big Brother, which doesn't intend to be a show about love, has actually produced a good amount of marriages from the 16 seasons it has been on air. This past week, we saw the adorable proposal of Big Brother fan favorites, Jeff and Jordan, which marks the third Big Brother (soon to be) marriage.

Although I am not hating on shows like The Bachelor/Bachelorette, the issues that arise out of those failed relationships usually boil down to "we didn't see each other in stressful/ not perfect situations during the show," which totally makes sense. During reality dating shows, everything is planned out to be perfect, stress-free, and movie-esque. But that's not what life is like, and while Big Brother is definitely not a better imitation of life, it does put people in situations where their true character — ahem, Frankie Grande — is sure to be exposed. So what couples have found love inside the Big Brother house and survived to tell the tale?

I know we just watched the proposal on Sunday's episode, but it is too cute to not watch again (and again). Jeff and Jordan met on Season 11, when Jordan won the first place prize, and Jeff won fan favorite. They also returned for Season 13, but neither walked away with the prize. Although I guess you could say love was the prize, sp in that case, they both won (is that too cheesy?).

Love them or hate them, Brenchel didn't care what you thought of them. The two met on Season 12 of Big Brother and married in 2012. They recently competed on The Amazing Race (Jeff and Jordan also did), where Rachel offered up having a baby if they won the race. They did not win the race, but this past May Rachel told OK! that she has "babies on the brain" and would like to have one when Brendon finishes his PhD.