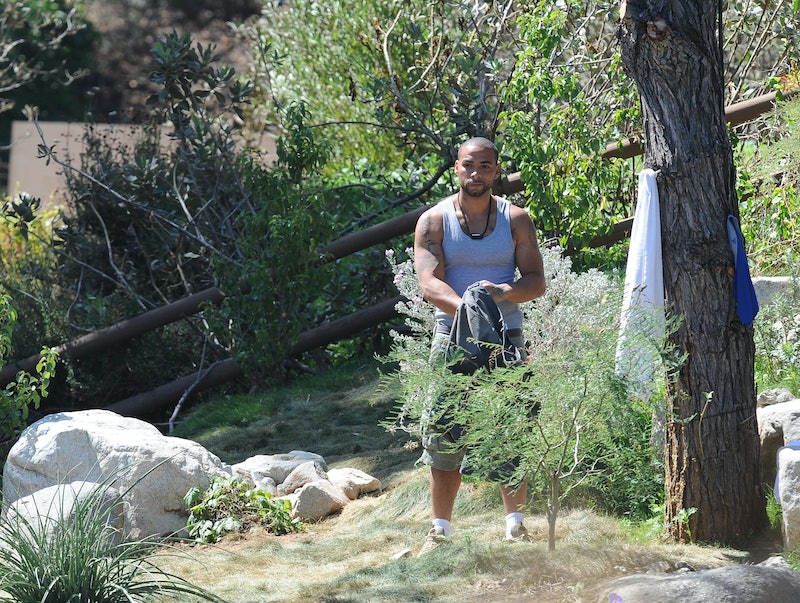 In the midst of the return of football, Fox aired the premiere of Fox's reality show Utopia on Sunday night — and I'm 100 percent sure my version of Utopia would consist of absolutely none of these people. Although there was tons of drama in the two-hour special, one of the biggest instigators was Dave Green — and it turns out Dave has already Utopia. Dave's birthday was on August 31, which was Day 3 of the experiment, and by Day 8, he was gone. (Although he did return once more the next day to get baptized by Pastor Jonathan before seemingly saying goodbye for good). Since viewers can watch the Utopia compound live at any time, you can keep ahead of the TV show by a week or so. The show goes to its regularly scheduled nights of Tuesdays and Fridays on Tuesday, September 9, so we are sure to see why Dave exited Utopia with all of the gory details.

I'm absolutely not surprised that Dave has left. With all of the outrageous things that happened in the premiere (including a drunken Josh sexually harassing Hex), Dave was one of the first people who raised a red flag for me. I couldn't imagine how he'd last a month (when they replace one Utopia member for a new one), let alone the entire year of the experiment. He is an ex-convict and was homeless before coming on the show, so Utopia seemed like the ideal place for him to get a new start, especially since the real world can be harsh when it comes to second chances. Unfortunately, it doesn't seem that Dave found any peace in Utopia (but really, how could he?).

Dave was the first person to have a freakout when the gang was asked to choose the most important things to keep with them. At first, it seemed that Dave didn't care if any of his stuff came with him, but then suddenly, he flipped out that none of his items were in the box and started to shove all of his things on top.

But afterwards, Dave apologized to the group and I was impressed. From then on, you could see he was actively trying to keep his composure whenever dramatic things happened — which looked trying for him, especially since dramatic things happened ALL THE TIME. During the Josh-Hex altercation, he made the right call by telling Hex to give Josh some space (they were both drunk and nobody was making anything better), but then I guess Dave couldn't handle it anymore and appeared to jump Josh.

On Dave's birthday, Red threatened to leave the compound, and it was Dave and Jonathan who actually convinced him to stay. So only a few short days after convincing someone else to say, why did Dave leave? Was it to escape this terrible birthday song?

I'm interested to see how the TV show will cover Dave's exit since he left the show after a pretty intense altercation with the Katniss-like Hex. Sometimes I really enjoy Hex for speaking her mind all the time, and sometimes I think she should stop meddling. But regardless of that, with what he said to her, I'm glad for him to be gone. His intense outbursts were unpredictable and kind of frightening.

Yet, Dave returned the next day to be baptized. Dave was pretty outspoken from the get-go about his feelings on Christianity. (He said, "My utopia is not Christian," after both Jonathan and Amanda tried to pack their bibles.) But he also was shown attending Jonathan's sermons and having some thoughts about what exactly "god" means to him.

I do hope Dave finds what he's looking for now that he's left the show. Since it is reality TV, there's always a chance he'll come back to the show. And if all else fails, he still has his designer handbag business.