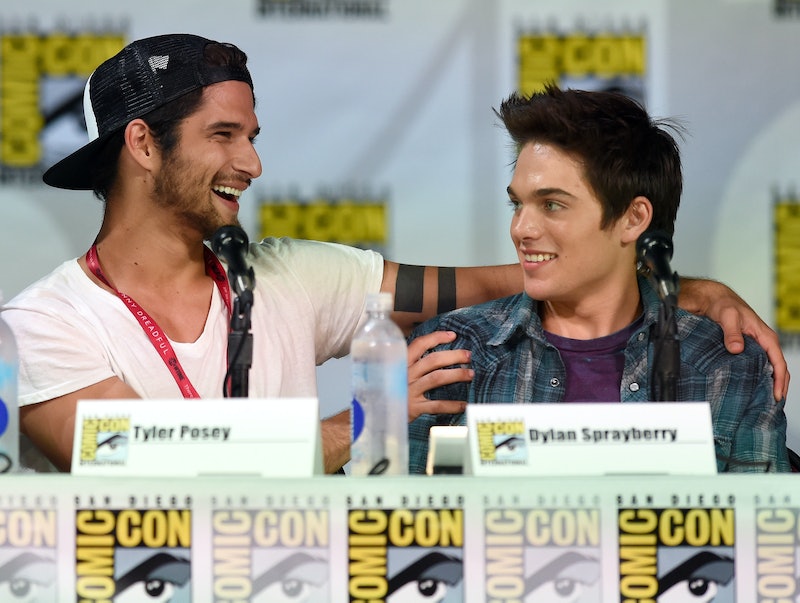 From student to mentor. It looks like Liam's confidence came back in full force on Teen Wolf 's Season 4 finale when the wolf pack journeyed to Mexico in search of Scott and Kira who had been taken prisoner by Kate Argent. As we all know, but the pack didn't at the time, Kate turned Scott into a berserker and her plan with Peter involved the gang killing Scott while he was in berserker form. And while the entire wolf pack found out, thanks to Kira and Stiles, that Scott was inside of the berserker form, no one was really able to get through to Scott to break him out of the monster prison... except Liam.

That's right. Scott's first real beta wolf saved his life by telling Scott that he was not a monster. He is a werewolf, just like him. That, and not the pleas from best friend Stiles or girlfriend Kira, snapped Scott out of the berserker shell and turned him back into his strong, true alpha form. The exact line that Liam uttered to Scott was what Scott had uttered to Liam a few episodes prior, giving the line extreme importance as both wolves were able to save each other by proving to one another that werewolves were not monsters, despite the Benefactor's dead pool and the fears of hunters in Beacon Hills and beyond.

The moment was also quite emotional and symbolic on the Teen Wolf writers' part as the penultimate episode of Season 4, "A Promise to the Dead," showed Liam still reeling over his PTSD and hallucinations of berserkers which affected him on and off the lacrosse field. His rival-turned-ally against the Benefactor assassins, Brett, was the only person who could get through to Liam by telling him that Liam needed to look to Scott as a role model, as Scott was no monster. He had true strength and strength of character. That was the type of wolf Liam needed to become.

It seems Liam took that advice to heart and finally started to embrace his werewolf-ittude as he showed Scott (in berserker form) that being a werewolf isn't a monstrous curse. It basically was just an extension of the strength inside. Hopefully that strength and that bond he now shares with Scott will carry over tenfold into Season 5. It'll be quite nice to see the alpha and beta work together in the future.