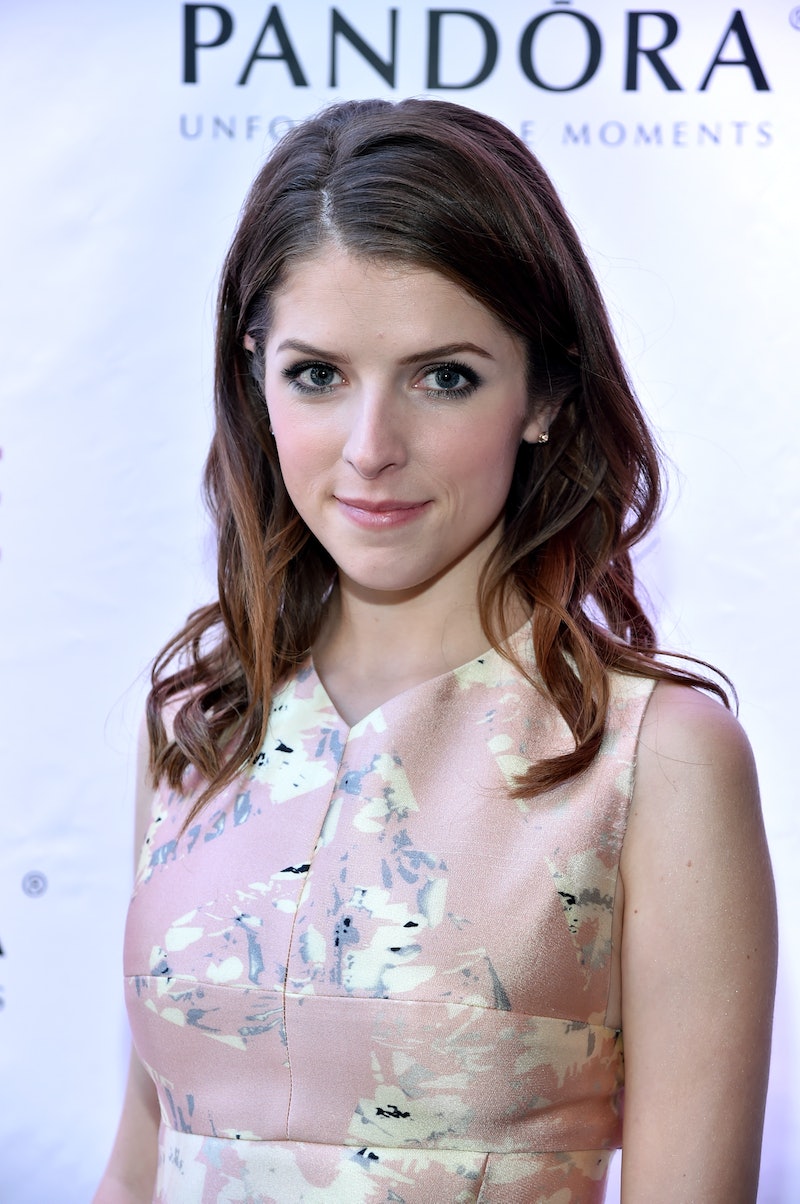 Anna Kendrick can sing, can act, and she knows how to crack a joke, so it's no wonder fans are obsessed with her. But maybe they've become a little too obsessed. In a recent podcast interview, Anna Kendrick said fans send tons of gifts to her house to the point where it's overwhelming and stalker-like. Somehow her home address was discovered, and fans didn't hold back from sending her lengthy love letters and gifts like teddy bears and diamond earrings. She checked first if the earrings were real (they were), but then threw them straight in the trash. She says,

I got [a gift] with, like, a really long letter about how he really felt like we should be together, and if I would just give him a chance, and he didn’t want to do it over social media because he thought that would pressure me because it was public … he [wanted] to be a gentleman. And he, uh, sent me a pair of diamond earrings.

Uhh, that doesn't sound very gentleman-like to me. She went on to explain why she threw them out (even though the reason is obvious), saying, "I can’t. I cannot. I cannot wear them... It’s too weird. If the teddy bear goes in the trash, these go in the trash. Just on principle... If you send something to my house, it’s going in the trash." That sounds like a fair policy. But seriously, people are so creepy. Just because you see an actress in a movie does not mean you know them in real life or that they should date you.

The Pitch Perfect star isn't the only one who's got her share of overbearing fans. In her recent Rolling Stone interview, Taylor Swift talked about how she's terrified of the public. She never drives alone anymore and can't leave her house without being swarmed by fans.

This highlights an overarching theme in Hollywood: the lack of privacy. The most obvious recent example is the celeb nude photo leak. People seem to forget that just because celebrities are famous, it doesn't mean their lives are an open book. They're human beings, not public property. And it certainly doesn't mean fans are entitled to more from them than what they decide to provide: songs on the radio, movies in theaters, shows on TV, etc. Beyond that, their lives are just that — their own lives. They definitely deserve to feel safe in their own homes.

Sure, there are some ways to express your appreciation for a celebrity that are acceptable — maybe a heartfelt tweet? — but when you cross the line between kind and creepy, that's not OK. Here's an idea: give the teddy bear or diamond earrings to someone you know in real life instead, like your mom or sister. Problem solved, right? Ugh, if only it was that easy for people to understand.