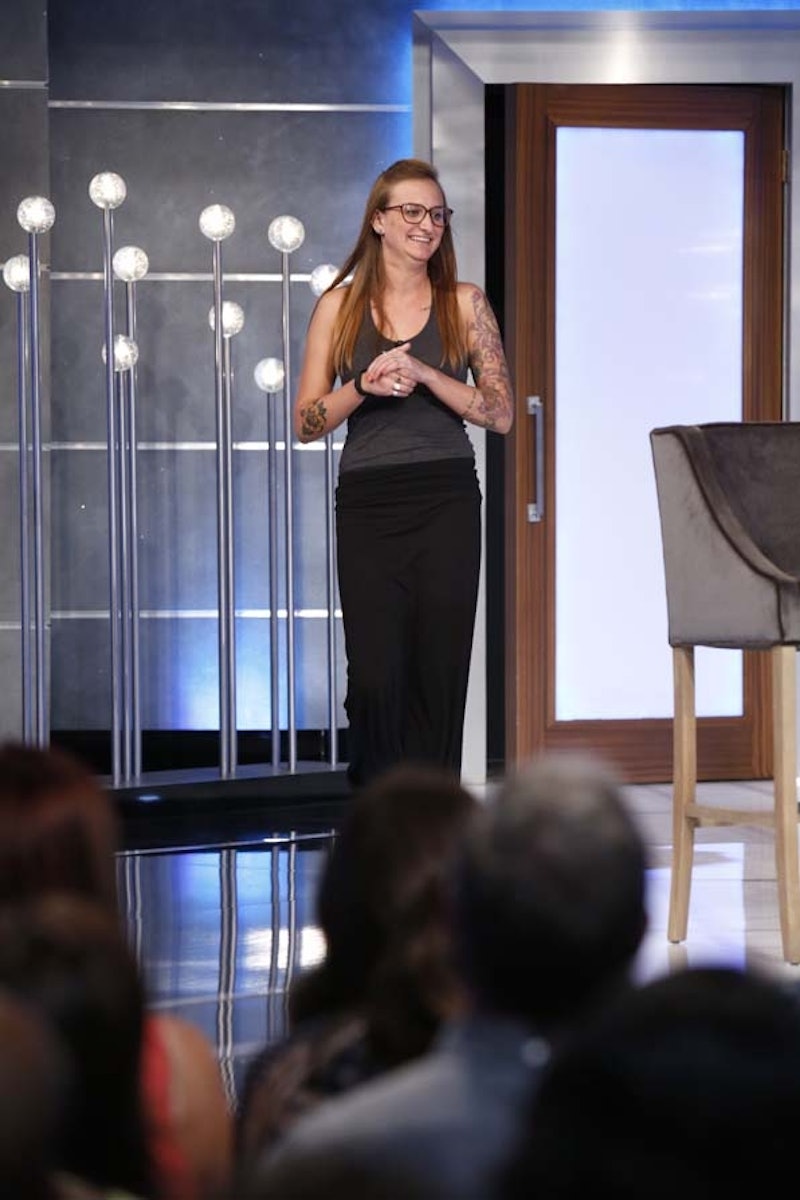 It hasn't even been a week since we were all cringing at our televisions when Christine Brecht was booed after her Big Brother eviction. The awkwardness of the situation still haunts me. The remaining houseguests were shocked by her departure and the audience's reception of Christine. But from the viewers' point of view, Christine's reception wasn't really that surprising — if anything, it felt like a long time coming.

Post-double eviction, the houseguests considered why Christine could have been booed by fans. Frankie assumed it was because she said something bad about his family. I don't think Christine did say anything about Ariana Grande, but if she did, this isn't the Beygency, Frankie, that's definitely not why she was booed. Others assumed she just ripped people to shreds in the Diary Room, which is true, but so has every other houseguest. Then there is the most taboo reason, which is her relationship with Cody. So which one is it? Why was Christine booed as she walked of the Big Brother house, where she had been isolated from society for over 70 days? Here's a list of the most likely reasons Christine and America are not on the best terms right now. But first, let's relive the moment one more time.

Her relationship with Cody

Christine and Cody had a relationship that caused a lot of controversy this summer. Some people considered Christine's actions with Cody — flirting, touching, hand-holding — to be cheating on her husband. Others believed it to be just game play, on both of their parts. Either way, if this was the reason Christine was booed, Cody should meet the same fate. While some may argue Christine was the married one, she should have known better, others could argue that Cody knew Christine was married and could have stopped as well.

For some reason, Christine really did not like Donny, which made her an anomaly in America — because what was there not to like about Donny?! Remember when she "sabotaged" her and Donny's Battle of the Block (which Donny ended up winning by himself)? Or when Christine would do this as her nighttime ritual?

There's a good chance these comments were enough to get her booed.

Even Christine said to Julie during her exit interview that if she could do it again, she would have aligned and stayed loyal to Nicole and Hayden. And when Nicole's time in the house started to feel like Big Brother Bullies vs. Nicole, America started to love her more and more. Christine's lack of loyalty to Nicole surely wasn't helping her popularity outside the house.

Her general comments about everyone

A thought that some Big Brother fans had regarding Christine's "character" inside the house was that she was trying to be the Britney Haynes of BB16. Britney was known for her cutting-edge remarks, but the difference between her and Christine is that Britney's comments were obviously funny, when Christine's just came off mean.