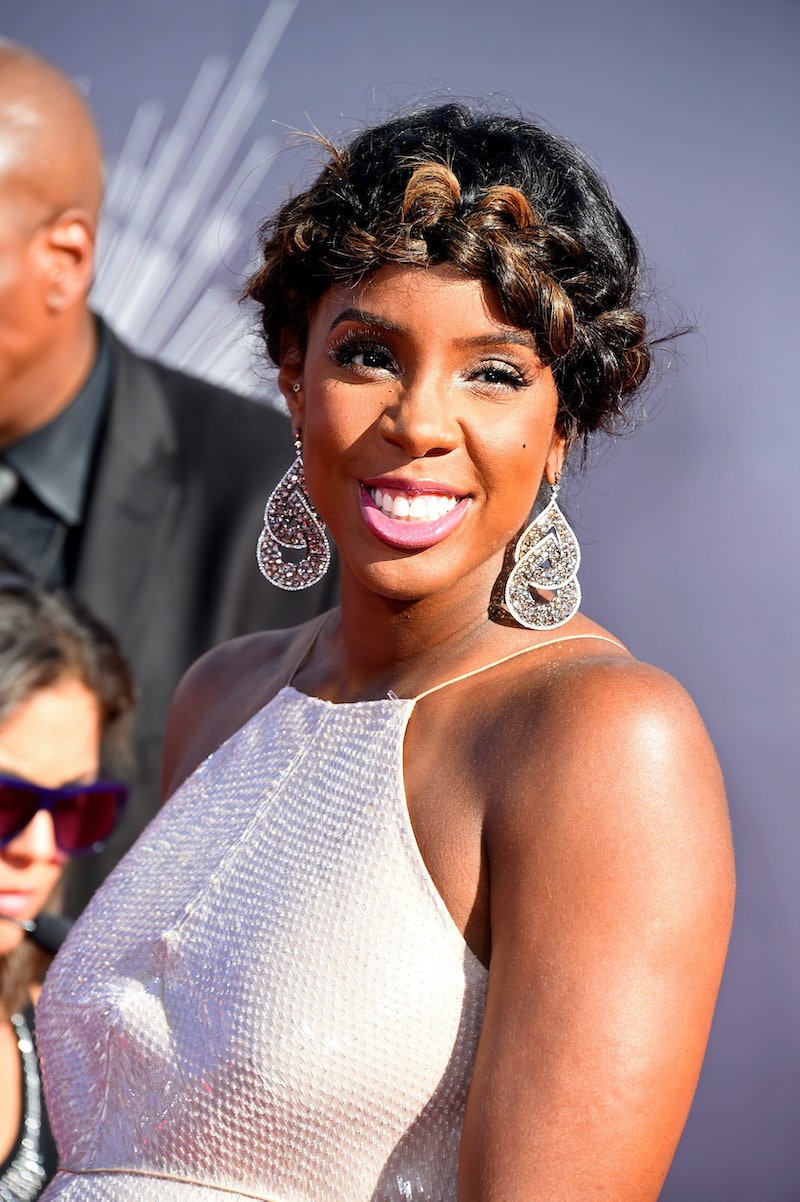 Prepare to be shocked — someone is actually in favor of a biopic production. Apparently, Gladys Knight plans to avoid the dreaded biopic curse that's recently infiltrated Hollywood, so she took the head-start approach by announcing on Instagram that she wants Kelly Rowland to play Gladys Knight in a future biopic. Even though this is completely tentative, Rowland is actually a great choice for this role.

First there's the obvious fact that both Knight and Rowland are singers, so it wouldn't be too hard for the former Destiny's Child member to find necessary inspiration to pull off this type of role. To her credit, she also has quite a bit of TV/film experience to back her up, including roles on shows like Girlfriends, Single Ladies, and Real Husbands of Hollywood, and appearances in movies like Think Like a Man. She's also worked along some pretty big names on reality TV shows like Bravo's The Fashion Show and The X Factor. Quite honestly though, Rowland sold me on her acting capabilities back in 2003 with her gory, death scene in Freddy vs. Jason, but it will take a little more than letting out a blood-curdling scream while drenched in fake blood to show the world that she should be taken seriously as an actress, and playing Knight would give her just the platform to do that.

Hopefully Rowland won't make light of receiving an unsolicited co-sign from a music legend. Of course, the former DC3 member is expecting her first child so she isn't exactly biopic-ready at the moment. But as far as I can tell, the details surrounding an actual Gladys Knight biopic haven't developed much further than Knight's quick social media post, but should a project come to fruition, Rowland will likely have plenty of time to have a child and get back to business.

More like this
Lisa Marie Presley's Secret Granddaughter Was Revealed At Her Funeral Out Of Nowhere
By Jake Viswanath
Adam Lambert Called Out The George Michael Biopic Over Potential Casting
By Sam Ramsden
Rihanna Shares Video Of 'Black Panther 2' Filmmakers' First Reaction To “Lift Me Up”
By Radhika Menon
You’ll Definitely Recognise The Stars Of Amy Winehouse’s Biopic
By Maxine Harrison
Get Even More From Bustle — Sign Up For The Newsletter
From hair trends to relationship advice, our daily newsletter has everything you need to sound like a person who’s on TikTok, even if you aren’t.