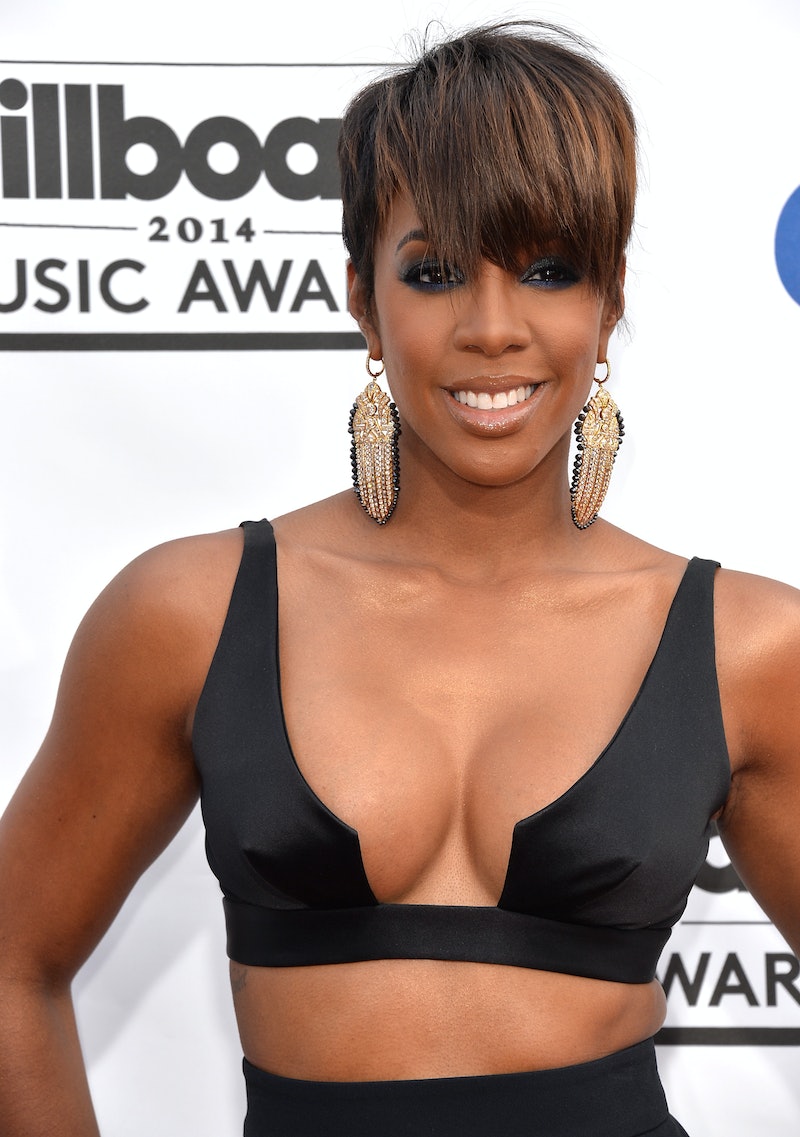 On Tuesday, Kelly Rowland posted a photo to Instagram that, seemingly, revealed to the world that she is pregnant. Neither Rowland nor her new husband Tim Witherspoon have released an official statement or come right out and said, "Hello, people of earth! WE'RE HAVING A BABY!!!" but it seems pretty obvious, and you might be wondering when Kelly Rowland's baby is due. Well, that's a bit hard to answer seeing as she hasn't officially revealed the pregnancy or "shown off her baby bump" as celebrities are wont to do. (By the way, they don't really show off the bumps so much as walk around like normal and get snapped by the paparazzi.) But if Rowland is following tradition, we may be able to guess when Destiny is getting another Child.

A lot of women announce their pregnancies around three months because at this point the pregnancy starts to show and the risk of a miscarriage decreases. If Rowland announced her pregnancy in accordance with this, her baby will be due in December. (Just like the newest Kardashian, in case you were wondering.)

We have further evidence that the baby will be due in December, at the earliest, because Rowland wore this to the Billboard Music Awards on May 18:

Yeah, that most certainly does not look like someone who's very far along in her pregnancy.

As for what Rowland posted in the first place that started off the pregnancy news, she uploaded a photo to Instagram of two pairs of Jordans, one of them very tiny, with the caption, "I'll be stuntin like my daddy....." Oh man! That dot-dot-dot really gives it all away, doesn't it?

We'll all know exactly when Rowland is due very soon. You know, when the baby actually arrives.