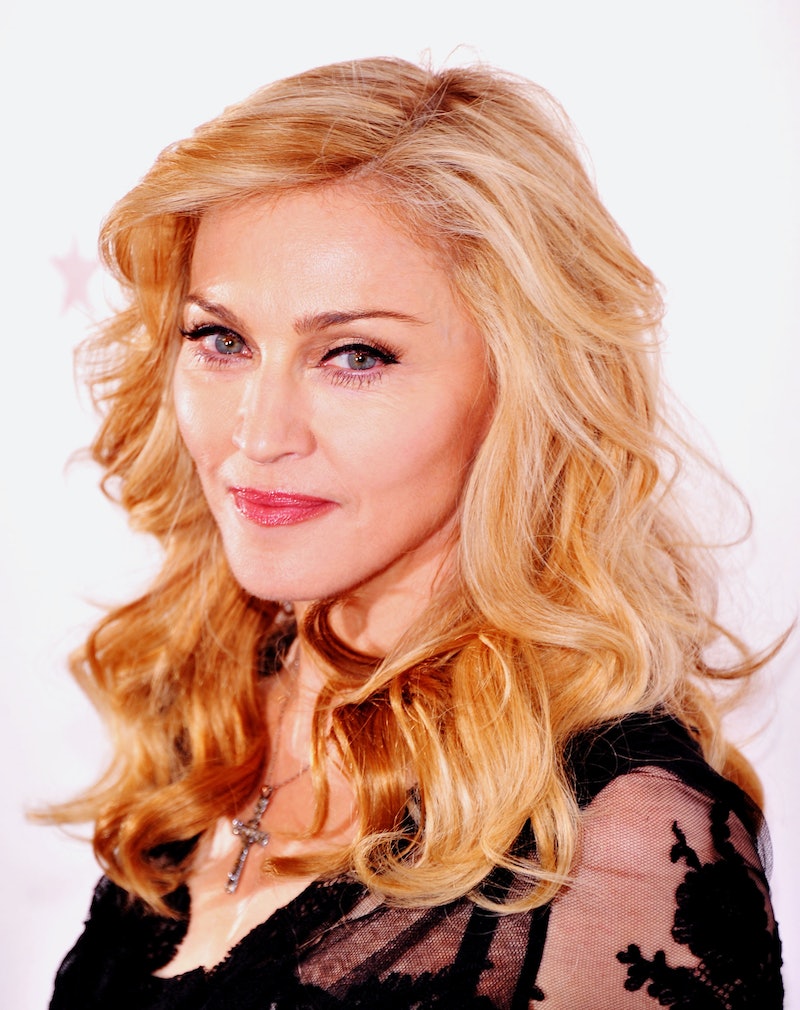 Madonna's been sharing details about her new album on social media for about six months now, but she still hasn't put out any music. Thankfully, on Monday, the Queen of Pop posted series of photos to Instagram that suggest that Madonna's 13th studio album is finally nearing completion. Woo hoo! So, when is Madonna going to release her new album, anyway? And when can we expect to hear her new single? Here's everything we know so far:

Madonna has worked with a lot of exciting people on her new album. They include: "Wake Me Up" hit maker Avicii, "Wrecking Ball" songwriter MoZella, pop singer Natalia Kills, "If I Were a Boy" songwriter Toby Gad, Interscope Records executive Martin Kierszenbaum, producer Symbolyc One, and DJ and producer Diplo. She's also rumored to have worked with U.K. dance music duo Disclosure. Oh, and there was also a rumor that sprung up near the end of May about her collaborating with Katy Perry — but I'd take it with a grain of salt.

We know that Madge has recorded a song called "Messiah," and according to Diplo, she also has a new track called "Bitch, I'm Madonna." I'm not a huge fan of either of those titles, but there's also a possibility that "Rebel Heart," "Revolution of Love," and "Unapologetic Bitch" could end up being song titles, too (Madonna's used all three phrases on Instagram recently, and I like them much better). Who knows, maybe one of those phrases will end up being the name of the new album! Check out two of Madonna's most recent album-related Instagram posts below.

So, when is Madonna going to release her new album? And when can we expect to hear the lead single? Looking at her discography, Madonna's put out the majority of her past albums in the spring or summer — but she has released an album in the fall five times. If her new album is truly almost finished, I don't think that her record label is going to sit on it until the spring — they're going to want to take advantage of holiday sales. That being said, I think we can expect Madonna to release her new album in late November or early December, with the lead single coming...any day now!

I don't claim to have a crystal ball, but that's my best guess. Keep your eyes on Madonna's Instagram over the next few days — she may reveal some more details.