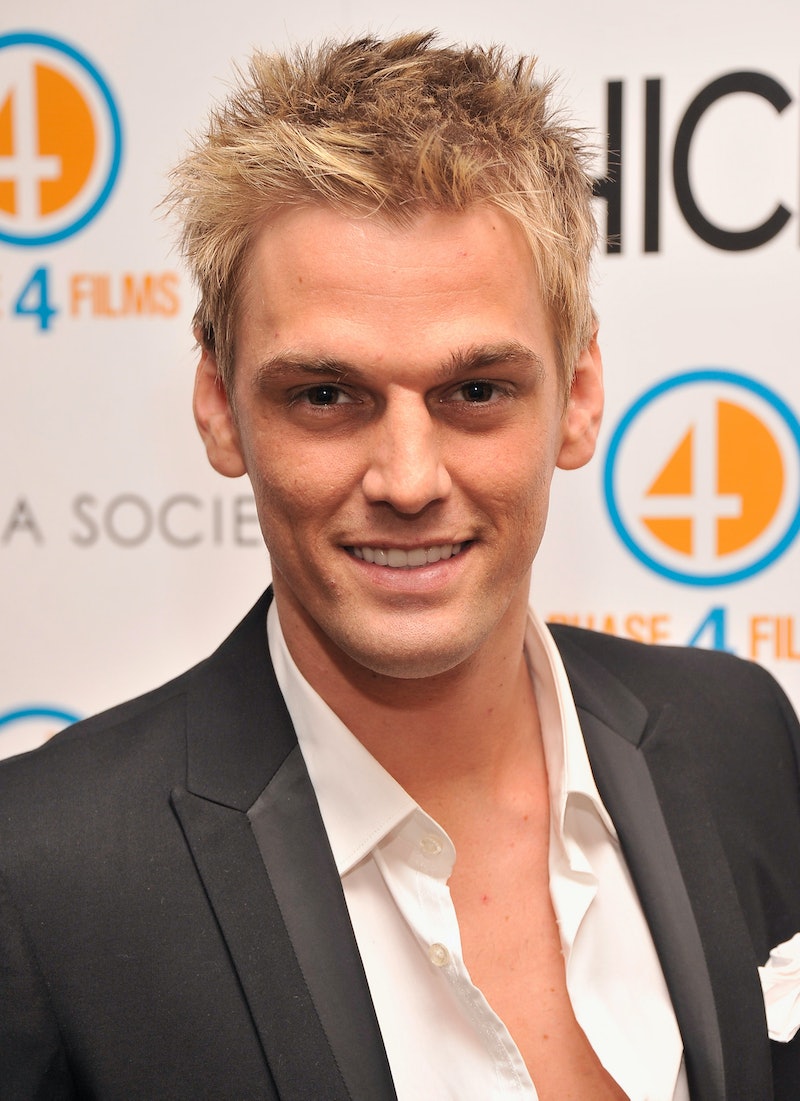 Aaron Carter is more than "so yesterday" to Hilary Duff — he's so a decade ago. Hilary Duff has, ahem, come clean to Buzzfeed about Aaron Carter's bizarre declarations of love that he digitally cried out on Twitter this past spring. Without quoting yet another song from Hilary Duff's early 2000s discography, she pretty much said that it's pretty freakin' weird.

Buzzfeed caught Duff off guard when one of their reporters asked her about Carter's outcries of longing. She said:

I was not expecting this question. He does. I keep seeing that, that he keeps doing that. I don’t know how I feel. I mean, that was so long ago, and obviously I’m still married, and I have a baby and we kind of just [....] Yeah, don’t know each other…so…yeah.

When Buzzfeed commented that it was "weird," Duff said:

You said it, not me!

So, yes. I know I said I'd stop quoting Hilary Duff's early discography, but, the rain fell down and [broke Aaron Carter's] dreams. I walked into that one, I know.

As a self-professed early 2000s pop culture historian, I'll admit it: They were adorable, but I'll easily admit that a lot of things looked cuter in the early 2000s than they do now (Juicy Couture velour sweatsuits, anyone?). Not to mention, a lot has happened since the long-gone days of Lizzie McGuire and Carter-Duff. Duff even got new teeth! (Remember that?) Perhaps Aaron Carter is just struggling with the fact that Duff is making a fair musical comeback, and that people look back at Lizzie McGuire rather fondly, while they look back at him and remember his asinine lyrics and mediocre rapping skills, and perhaps more aptly, his older brother.