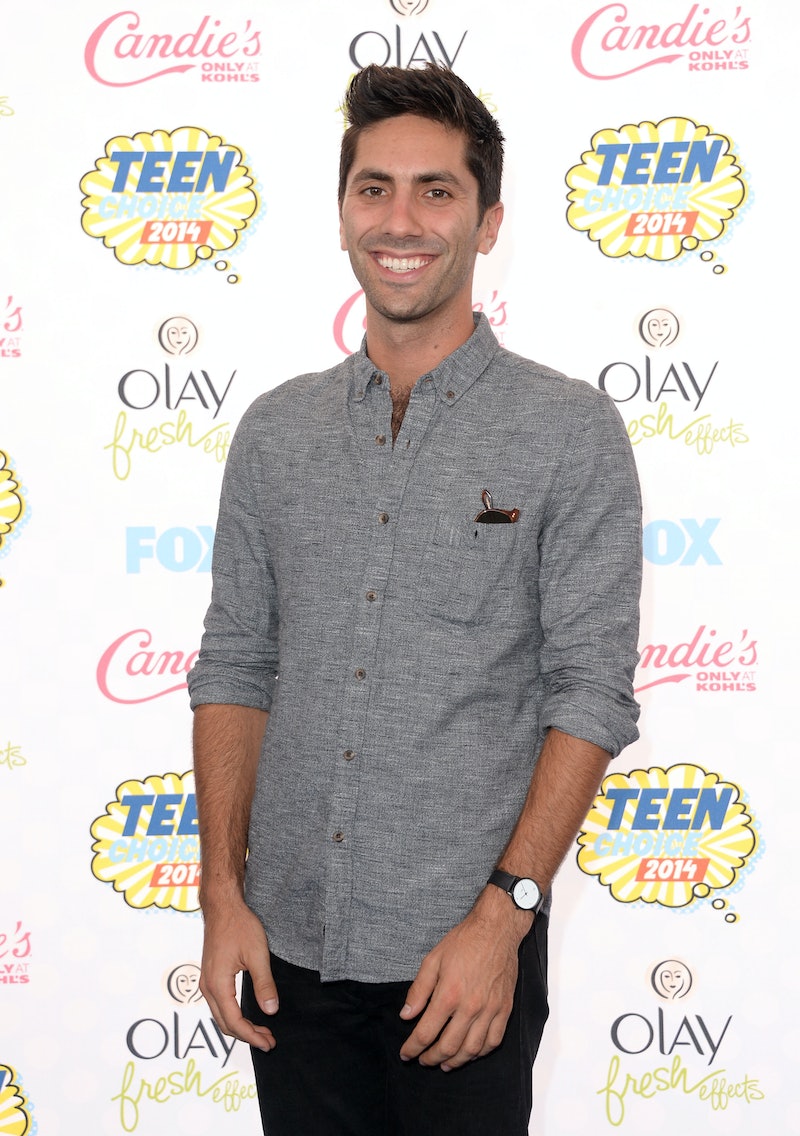 This is about thirty levels of messed up. In his new book, In Real Life, Catfish host Nev Schulman described (in just the sort of gross, nonchalant way you'd expect someone who didn't understand the gravity of their actions to describe something like this) a long-rumored incident that took place in 2006 when he was a student at Sarah Lawrence College: During a party, Nev Schulman punched a woman who didn't want him taking photos of her. The passage, via Vulture:

I decided to photograph the school’s annual Sleaze Ball, a night of debauchery, drugs, and girls dressed primarily in lingerie. While I was photographing, an individual who didn’t like that I was taking pictures attempted to tackle me and smash my camera on the ground. Since the camera was attached to a strap around my neck, I found myself in a very unpleasant situation, much like a dog with a choke collar. In an effort to free myself, I punched the person and ran off; when I returned minutes later, I discovered that the short, stocky, crew-cut-styled individual that I’d fought with was a woman—a fact I hadn’t been aware of in the heat of the moment. The next thing I knew, I’d been arrested.

The case was dismissed almost immediately, but Sarah Lawrence took the opportunity to toss me out once and for all. I never even finished my junior year. My attitude was, “Never mind. No big deal. I had it coming.” It didn’t matter much to me.

The passage, though included in Schulman's book, really only came to attention because of a tweet that he posted (and promptly deleted) in response to the Ray Rice domestic abuse incident:

Even if he hadn't been involved in an incident like the one he describes in his book, I don't think I need to explain why taking a strange selfie and making a joke in response to a very real domestic abuse incident is messed up.

The story, unfortunately, gets worse: Vulture has an account from the victim of Schulman's attack in 2006 and, to say the least, it's horrifying. The former student chose to remain anonymous, but she detailed how Schulman's description of the events were completely wrong — in fact, her description of how the incident allegedly took place actually more closely matches the rumors that have been floating around for years.

To be quite clear, Schulman's account of the events of that night is as suspect as all his other endeavors. I attended the dance he mentions and saw that he was taking pictures of queer couples dancing and kissing without their permission. I talked to the Student Affairs liaison at the event, who I knew from my work study job, but nothing was done about it. I confronted him, and asked him to stop taking pictures. I didn't tackle him and I certainly didn't choke him with his camera strap. I tapped his shoulder and he turned and hit me out of nowhere, I went down and he held me in a head lock and repeatedly punched me while I tried to get free. The impact broke my glasses and the rest of the night was a blur. I got off the floor, talked to police, then went home to sleep. When I woke up the next day, my face was bruised, I was hurt, and a friend urged me to go to the hospital, which I did.

The full account of the events as told by the victim is over at Vulture (along with this amazing direct quote from former Sarah Lawrence administrator, Ken Schneck: "All I can say on the record, as the former Assistant Dean of Student Affairs, is that he was a condescending, entitled, reprehensible tool. :)")

Schulman, on the other hand, maintains that he punched the student in "self-defense" — there are even rumblings that Schulman may have tweeted the elevator selfie out with the knowledge that the passage in his book would be pointed out in the blogosphere, because, as a DJ who witnessed the event reportedly told Vulture, "Nev’s really not stupid...he definitely believes any publicity is good publicity."

All I can really say in response to all of this is that, hopefully, this isn't brushed under the rug like domestic abuse incidents often are when they involve someone rich and famous. How many people remember that in 1987, Sean Penn beat Madonna with a baseball bat, and then in 1988, held her captive in her own home for nine hours? And, somehow, Chris Brown still has a career after he beat Rihanna in 2009. Just because these people, and Schulman, are famous, they do not get a pass for domestic abuse. No one does.

This cycle has to stop, and, in my opinion, there's really no better place to start than Schulman.

More like this
Sandra Bullock, Girlboss Extraordinaire
By Matt Harkins & Viviana Olen
Spice Girls’ Net Worth: The Richest Member Is Wealthier Than The Rest Combined
By Hugh McIntyre
The Millie Bobby Brown & Jake Bongiovi Guide To Cute PDA & Red Carpet Twinning
By Bustle UK
Joe Alwyn Reacts To Taylor Swift Earning An NYU Doctorate In A Rare Interview
By Jake Viswanath and Nicole Pomarico
Get Even More From Bustle — Sign Up For The Newsletter