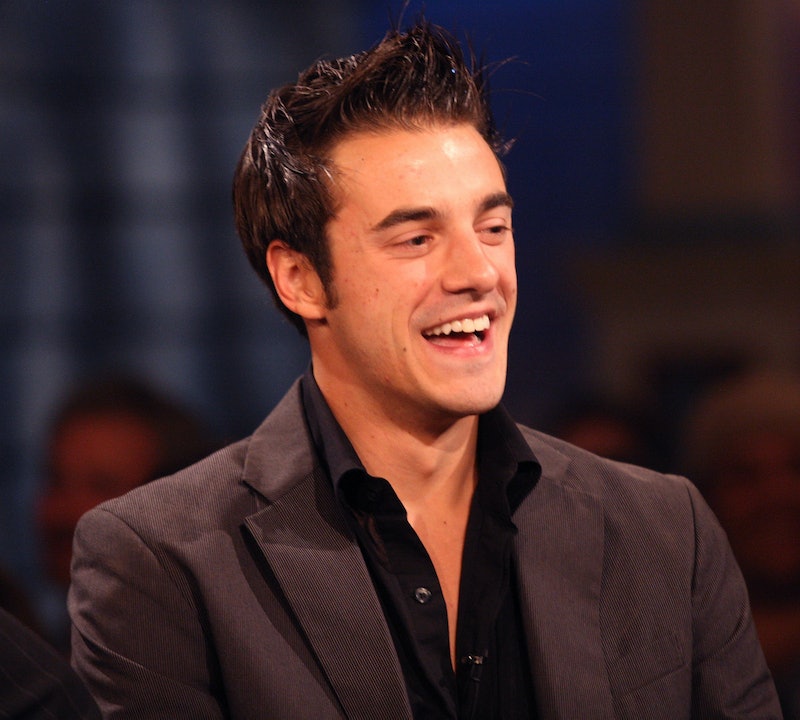 A few weeks ago, evicted Big Brother houseguest Nicole compared her housemate Derrick to someone who is widely regarded as one of the show's all-time greats: Dan Gheesling. Nicole must have sensed Dan's looming presence, because the Season 10 champ will apparently be part of Wednesday night's anticipated rewind reveal episode. During the close of Tuesday night's lame Big Brother episode (in which literally nothing of substance happened, from a lame faux-rodent infested Team America competition to Frankie's power-hungry gloating), the announcer told viewers that Dan would be making an appearance during Wednesday's live episode. Huzzah!

Now, we don't know whether Dan will be stopping by the jury house (honestly, let's hope that's the case, because everything that's going on in the Season 16 house is a royal snooze) or visiting the remaining houseguests to drop some knowledge on them or entering the game as a player. (Hey, we can dream.)

Perhaps he'll chat in the studio with Julie to discuss his thoughts on the season (as his Twitter will tell you, he thinks Derrick is the best player, but Frankie will be tough to get out) or simply to just to be there for the exact moment they see Frankie's expression fall when they reveal that pushing the button made this week totally pointless and he's no longer HoH. How sweet it will be.

No matter what the reason is for Dan's visit on Wednesday, it's pretty obvious that it's a Hail Mary pass from Big Brother producers. Dan — much like this week's other visitors, the newly engaged Jeff and Jordan — is one of the show's most beloved houseguests. This season has catered to a villain (Frankie), all while disposing of fan favorites worth rooting for (namely, Donny) and it's safe to say viewers are over it. Cue: Big Brother alums like Jeff, Jordan, and now Dan. Heck, they even brought in an adorable puppy to try and salvage the wreckage that is Season 16.