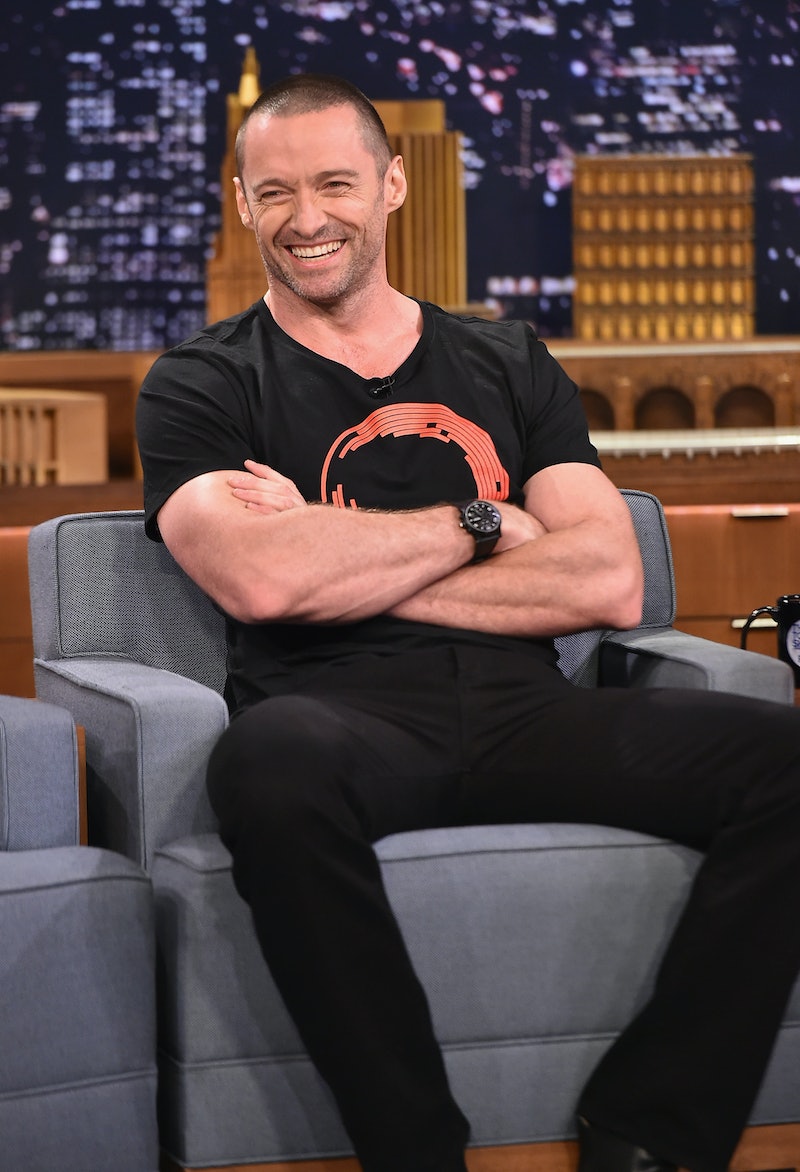 Hugh Jackman has quite a voice — you'd know that if you saw him host the Tonys, if you saw Les Miserables a few years ago, or if you had the fortune of seeing him perform live on Broadway. The late Joan Rivers did, and she knew then that she wanted Hugh Jackman to sing at her funeral. As Jackman tells Fallon, "when Joan Rivers asks, you do," so naturally, Jackman obliged, and he sang during the ceremony honoring the late comedienne.

But her funeral was far from tearjerking — in fact, it was fabulous, which makes it all the more poignant. That's exactly how Rivers would have wanted it. In fact, Rivers had already planned out what she desired for her funeral, and her instructions were nothing short of extraordinary — she wanted her hair blowing in the wind like Beyonce's, for crying out loud. Whether or not that happened has yet to be ascertained, but she certainly did get a post-mortem production.

Jackman recalls that he sang "Quiet Please, There's A Lady on Stage," a beautiful number from The Boy from Oz, a show for which Jackman won a Tony in 2004. However, Jackman recalls that it wound up being quite a production — bagpipes came in! — and that everyone in the synagogue burst out laughing. It was an enormous and majestic celebration of her life; she would have wanted to have people applauding and in stitches.

You can watch Jackman recount this story to Fallon below.