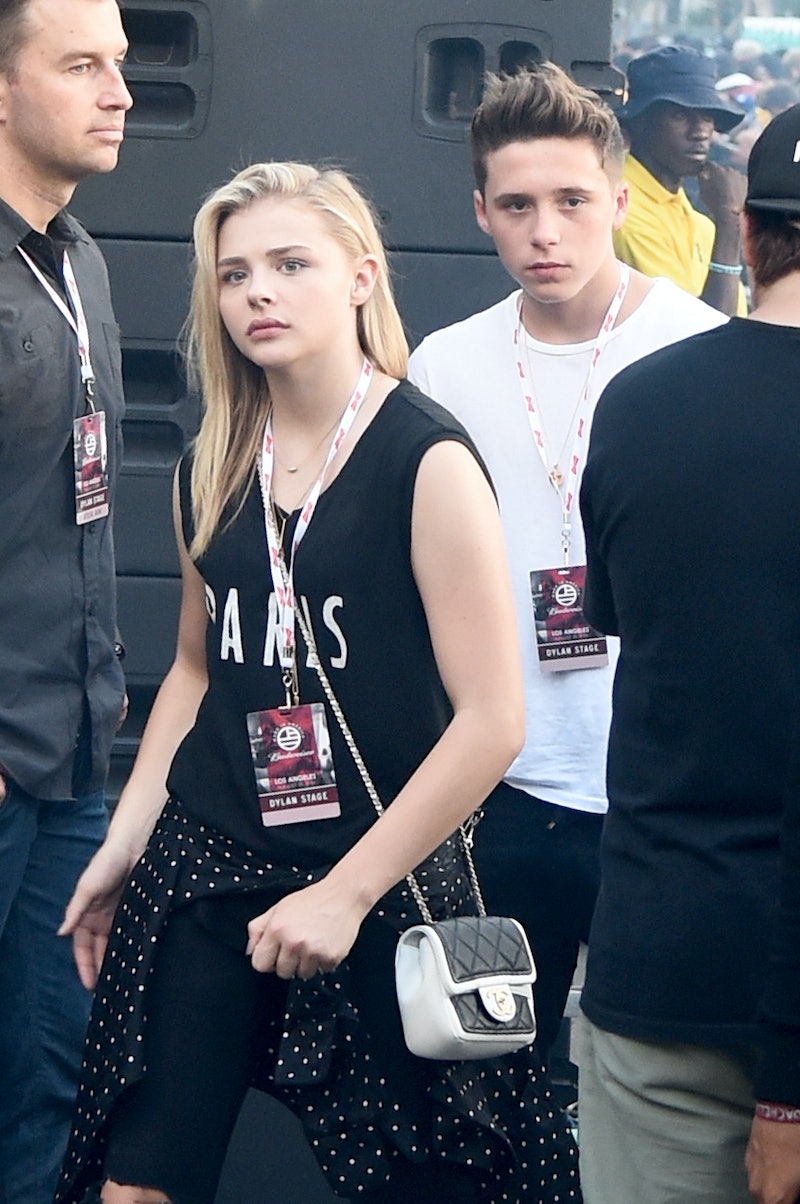 Chloë Grace Moretz is uber talented as an actress, endlessly stylish, and regularly on the cover of major magazines. She quite literally has it all, and lately everyone has been speculating that Chlo ë Grace Moretz is dating Brooklyn Beckham, heir to the H&M undies fortune (among other things). Is she possibly in line to call Posh Spice her mother-in-law? Are they going to have perfect little blonde babies? In an interview with Teen Vogue Moretz spilled just how much she cares for Beckham, and even dropped the L-bomb:

What I find really interesting about Brooklyn — and what I really love about that kid — is that he is passionate about what he wants, which is to be a pro soccer star. He's very serious about it. And I enjoy someone who is on my level with the seriousness kind of thing.

Since she's 17 years old and he's only 15, their relationship probably isn't super serious yet. In fact, there might not be a relationship at all.

That's right. Although these two have been going on what looks like the most adorable series of dates ever, Beckham might be Moretz's BFF rather than her BF. She took Beckham as her date to the Teen Choice Awards and even to the premiere of her tear jerker If I Stay, but then she was spotted the next night holding hands with someone who is definitely not Brooklyn Beckham.

The kid in question? Julian Moraes. He's a college student which makes much more sense as a possible boyfriend for Moretz rather than someone two years her junior. The dates that she and Beckham have been going on are super cute and all, but they're also the kind of thing you do with your kid brother. On a scale of one to romantic, having Twitter philosopher Jaden Smith as a third wheel on a concert date is pretty lame, and having chaperoned movie dates is kind of a bust.

Whether or not Moretz and Beckham are or aren't going to be the next "it" couple, one thing is for sure: we're going to be seeing a lot more of her thanks to her packed lineup of upcoming movies. Will Beckham end up as her leading man? Time will tell.