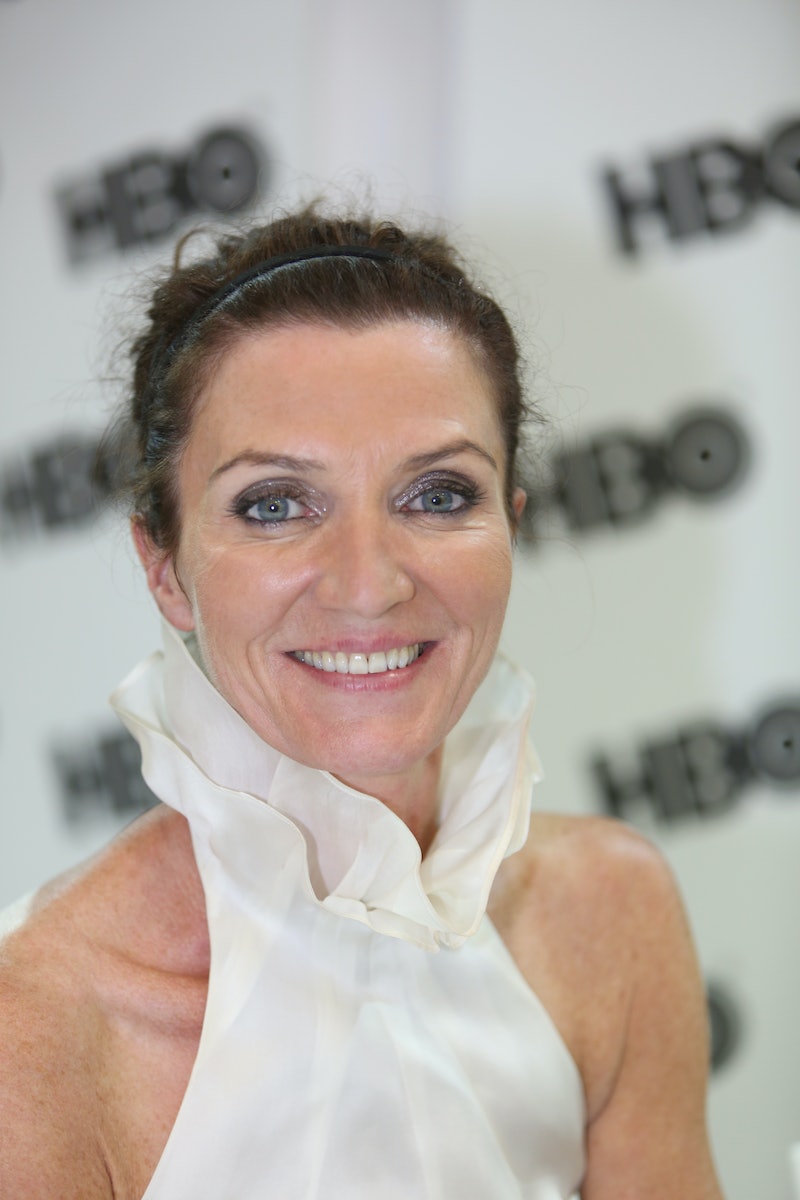 Twitter has a way of freaking out when things don't go the way any fraction of its users expects. And when Lady Stoneheart wasn't on the Game of Thrones Season 4 finale, Twitter lost it — fans who read the books saw their expectations severely betrayed. But apparently, we should have expected disappointment. According to Director Alex Graves, Lady Stoneheart couldn't have shown up Season 4. But months before the new premiere, we’re still wondering when and if she’ll eventually show.

(It goes without saying that if you're confused about who Lady Stoneheart is, you're working your way into some serious George R.R. Martin book series spoilers starting right about now.)

Seriously, though, if you hate spoilers stop reading. In June, Graves told Vulture that he didn't think there was ever room for Lady Stoneheart in the fourth season. Instead, that expectation comes purely from overzealous people on the internet. Lady Stoneheart's appearance caught on on the Internet and now even those who don't read the books are expecting the appearance of a zombie-esque Michelle Fairley. It's still unclear whether writers David Benioff and D.B. Weiss will write her into next season's script (there was a clear lack of a mention during their San Diego Comic-Con panel), but I do have some theories as to how Lady Stoneheart could be handled in Season 5:

As some of you may know, the Song of Ice and Fire books are written through a series of point-of-view chapters. What you might not know is that Lady Stoneheart does not have her own chapters in the same way that Catelyn Stark did. In fact, when she is mentioned at all, it is usually from the point of view of those who encounter her in passing. One option, so as to satisfy the viewers, could be for the writers to mention her existence without necessarily making it a big deal. If you ask my opinion, I say hell to the no; if they're going to use her at all they better go all out with it.

SUBLTE RUMORS WILL SPREAD ABOUT THE BROTHERHOOD WITHOUT BANNERS

You have been forewarned about spoilers. I like this idea a little better, at least for the time being. Best case scenario, the series will stay true to A Feast For Crows, and suggest that The Brotherhood Without Banners has a new female leader. (Lady Stoneheart, perhaps?) For this to happen, Frey and Bolton men would have to go mysteriously missing, so by all means, HBO, make it happen! This way, at least those of us who read the books will know she's been covered. The storyline won't completely be broken and, more importantly, there will be more wiggle room to add appearances later on. Weirder things have happened.

Because of the uproar Lady Stoneheart's absence caused, it's almost inevitable that the writers will have to answer to the fans. Graves' response to Vulture's questions might be the extent of it. Or maybe they'll take pity on us and write a pale, deformed, mute Michelle Fairley into a major episode this season. As far as I'm concerned, there's no reason that Benioff and Weiss shouldn't add her in somewhere. With all of the new Dornish characters coming in, we need as many familiar faces as we can get. More Starks, por favor!

LADY STONEHEART WON’T BE HANDELED AT ALL

It's already fairly clear that Graves doesn't see a purpose for re-hiring a major actress for a seemingly minor character who can barely grunt. My best guess, if this is the case, is that Game of Thrones will wait until Book 6 is released before it makes any blunt decisions about Lady Stark, er, I mean Stoneheart. Season 5 will cover plot lines in books four and five, both of which have little to do with the character. If Lady Stoneheart's story line becomes more crucial in Book 6, it would be easy enough to write her into later seasons.

As far as we know, Catelyn Stark actress Michelle Fairley has no intention of playing the part for Season 5, but she wasn't completely opposed to re-joining the cast either. Not everything can survive from page to screen, of course, but we have to remember that the series is nowhere near its end. There is hope for the lady's return yet.