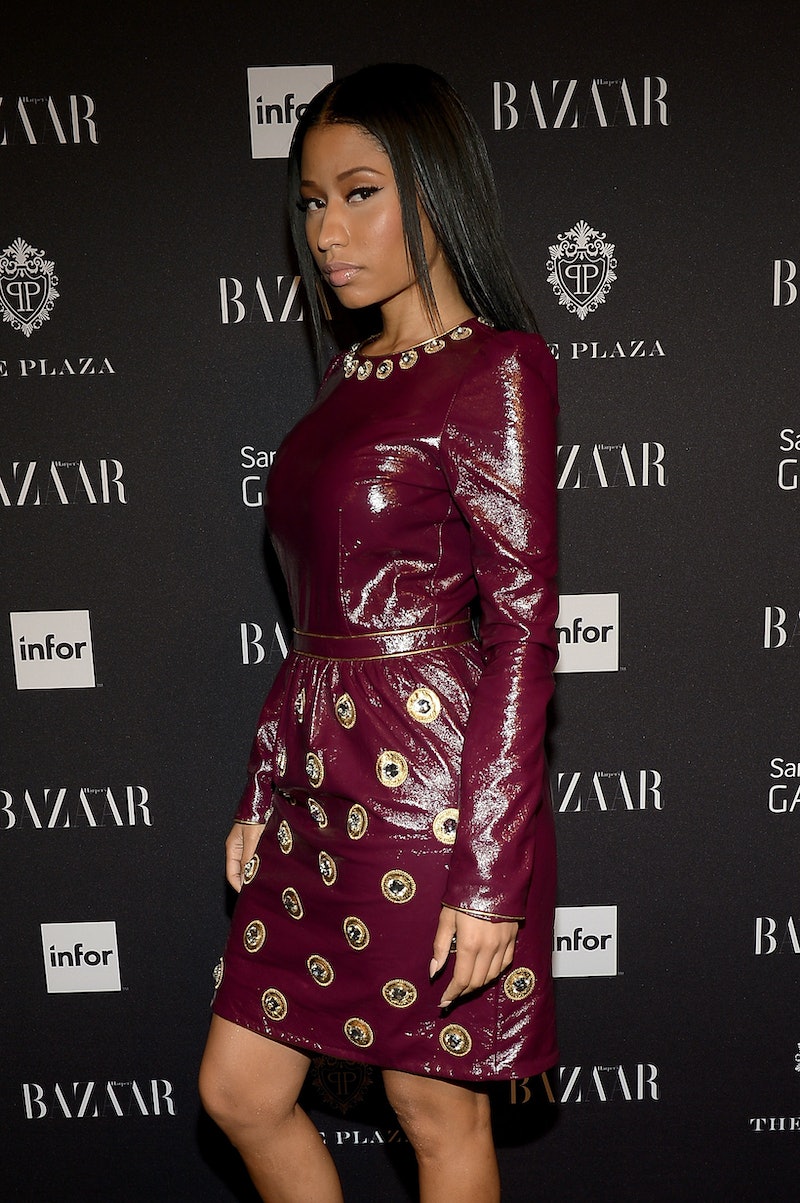 Well this is rude. MTV reports that the new principal of LaGuardia High School of Music & Art and Performing Arts totally rebuffed Minaj's offer to visit and speak with the students. Since I practically sprinted away from my high school before the curtains could close on the graduation ceremony, this sort of thing wouldn't faze me in the least. But Minaj has major acclaim and influence and she actually holds her artsy teenage stomping grounds in high regard, so it's completely understandable that she didn't respond to her high school giving her the shaft with a flippant, "I'm rich, bitch!" Instead, it's hard to ignore the disappointing tone of Minaj's tweets.

To be fair, one peek at all the back sides that grace the screen in Minaj's video for "Anaconda" or a quick listen to some of her lyrics are enough to make any parent put a ban on all things Minaj. Her less-than-PG 13 image isn't anything new and has constantly sparked its fair share of controversy. However, aside from an impending attack by Minaj's legion of Barbz and the fact that LaGuardia students are probably already well-acquainted with the rapper, there are still a few legitimate reasons why they should reconsider their decision.

In fact, Minaj spent a good part of her appearance on HSN encouraging all the kids who called in to focus on their performance in school.

She's not afraid to use her voice

Minaj has voiced her objections to sexism in the entertainment industry, shoddy magazine covers and most recently, she called out CBS for editing her performance.

She promotes individuality and confidence

Even though it's hard to keep up with her ever-changing appearance, she always owns her look.

Minaj may not be allowed to speak through her old high school, but surely she's still there in spirit. If the students are lucky, maybe she'll write a song about this experience. That would actually be pretty cool, as long as it's not a diss track.