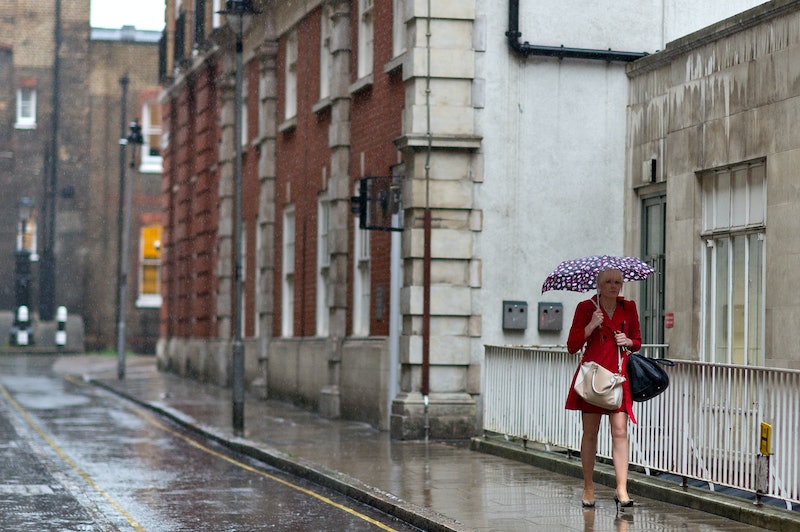 It has taken me a long time to accept that my last two relationships were abusive. Though neither guy left bruises on my body, they were both masters of psychological warfare that left me emotionally battered and mentally exhausted. I am not the kind of girl you would expect to put up this kind of relationship. I am a feminist. I am a strong woman. I graduated cum laude, and I don’t suffer fools gladly. But I am also accommodating. I am nice to a fault. I can be too accepting, too forgiving, and too compassionate. I think that maybe I am a lot like you. I think that maybe there are a lot of girls like us.

I'm single now. It took me a long time to be OK with that. Despite all I had been through, I still equated being in a relationship with adulthood, and being single with failure. It seemed like all around me, my friends had coupled off into healthy, functioning relationships that were still foreign to me.

The thing is, once you are deep into an abusive relationship, what is normal and what is your reality don’t exist in the same galaxy. You accept your circumstances, no matter how dire, because they are all you know. When every serious boyfriend you have ever had has treated you like shit, you start to believe that this is just what relationships are like, and, if you’re really being honest with yourself, you start to believe that maybe you deserve it.

Lately, domestic violence is back in the news. After a video of Ray Rice knocking his then-girlfriend Janay (née Palmer) Rice unconscious in an elevator surfaced, Janay Rice received a lot of flak for staying with her abuser and then marrying him. Some critics, who are not privy to her thought process or the intimate details of her relationship, are certain that Janay Rice must either be a gold digger or like getting hit.

When I heard these ignorant comments, I found myself reflecting upon my own emotionally-abusive relationships, and why I stayed as long as I did. I could use the excuse that I was young and naïve, and though this is true, it is not the whole story.

My relationships with both of these men were not abusive right away, and by the time that they were, I felt stuck. I was in love. Or I didn’t feel like I could break up with him without catastrophic consequences. It didn't occur to me that my second relationship was abusive because my first relationship had, in many ways, been so much worse.

My second boyfriend didn't police my activities, accuse me of cheating on him with my guy friends, coerce me into unwanted sex by threatening suicide, alienate me from my family and friends by forcing me to keep his secrets, or punch walls when he didn't get his way like my first boyfriend had. So by comparison, his verbal abuse and mind games didn't seem as abusive to me.

The insidiousness of an abusive relationship that never results in physical violence is that you start to question if it’s really even abuse.

He never hit you. And besides, who is going to believe you anyway? You haven’t told anyone the things that he says to you when you’re alone together. He seems like such a nice guy to everyone else. Maybe you’re just being dramatic. It’s not like he’s always like this. Sometimes he fixes your computer or brushes off your car when it snows. Sometimes he tells you you’re beautiful and smart. Sometimes he cooks you dinner or laughs at your jokes.

But then it starts to get really bad again and you cry so much that you short-circuit your cell phone and your eyes swell shut. You break up. You get back together. You so feel pathetic. Sometimes you think of suicide. Sometimes he tells you he’ll kill himself if you ever leave him. Sometimes he hits everything but you. You start to wonder if this will ever end. You start to confide in people, but they never seem to understand.

Why don't you just break up with him? Why can't you just stay broken up? You lose friends over it. A lot of friends. But in spite of everything, you stay, and you don’t know why. And then one day it ends, and you look back on all of it ashamed because you never thought that you would be the kind of girl who would let a guy treat her that way. I never thought that I would be the kind of girl that would let a guy treat me that way. But I was.

And now I know the truth: Being smart doesn't shield you from abuse. And having been abused doesn’t make you any less intelligent, any less strong, any less worthy of love or understanding. It is just something that happened to you, it is not something that defines you. You are not and have never been a stupid bitch.

Editor's Note: If you or someone you know is in an abusive relationship and needs help, you can call The National Domestic Violence Hotline. It is open 24 hours a day.