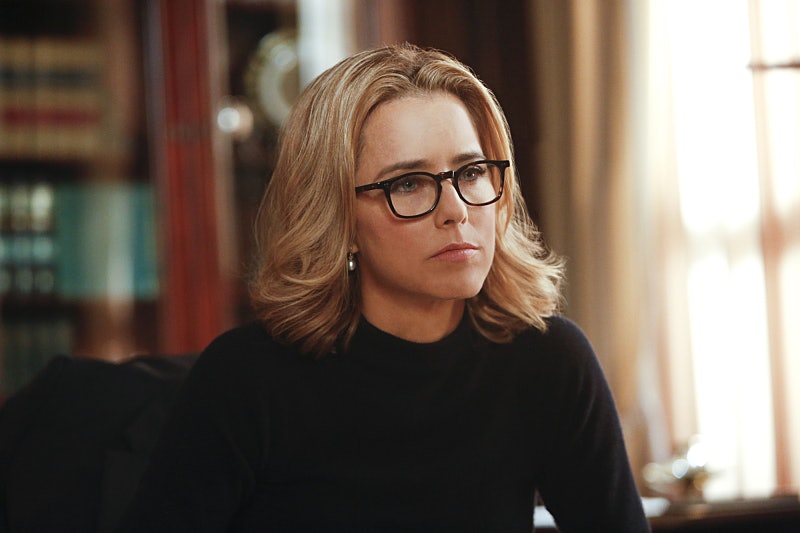 We don’t know what the future holds for women in politics, even though it feels like Hillary is due for her presidential moment. For every kick ass moment of women’s political progress, there always seems to be another Hobby Lobby just around the corner. While the nation lies in wait, television is leaning into the stories of political women whole hog with not one but two shows that clearly owe some inspiration to Ms. Clinton. First off, is the most obvious: Madam Secretary, starring Tea Leoni as Secretary of State.

Then there’s the more suspense packed State of Affairs starring Katherine Heigl as a CIA analyst and featuring a black female president, which sounds more like a Tom Clancy novel than something you’d picture the star of 27 Dresses in. Which is definitely something the world needs more of: opportunities for actresses outside of rom coms and love interests. It’s exciting to see bold, choice roles being written for the D.C. set, regardless of how accurate they might actually be about the daily lives of women who live and work within our government (after all, it is TV and juicy storytelling is paramount).

To the untrained eye, these shows look like two blond reincarnation of one another — hell, combine their titles and you get Secretary of State. But if you’re willing to look beyond a quick network trailer, you're probably jazzed about powerful ladies in pantsuits. Now, this is your mission — should you choose to accept it: equipped with only your armchair analyst skills, identify which of these facts describe Madam Secretary and which ones describe State of Affairs. Despite their similar names, they may actually bring more than a few unique changes to the landscape of women in television:

Round 2: Real Life Inspiration — Which show was...

1. Was lauded by Forbes as disrupting the way TV is made?

2. Was lauded by Forbes as the next Good Wife?

Round 4: No Chance For Romance — Which show has...

Round 5: Once More With Feeling

Which show is being lauded as its star's comeback?

Duh, the answer is both. Leoni returns to television after taking a hiatus from acting to raise her kids, meanwhile Heigl is finally getting over her rom com hump and rumors of a bad 'tude that allegedly made her onscreen opportunities disappear.