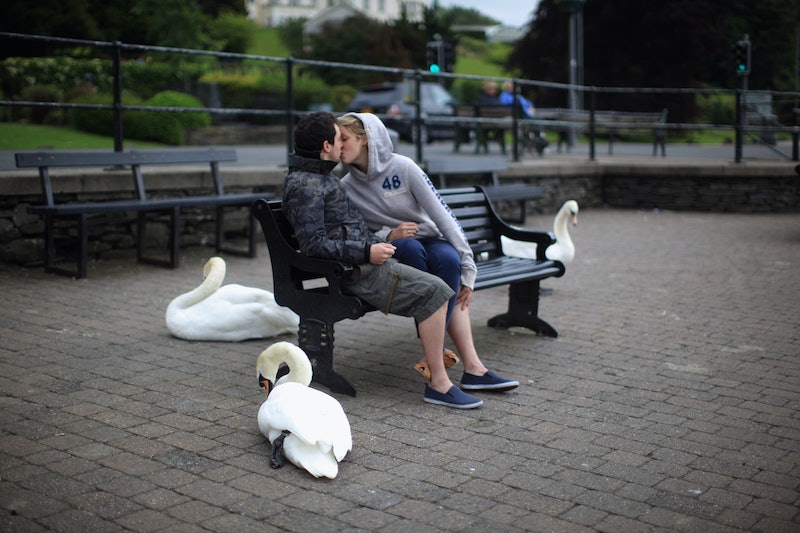 Let's face it, dating in America sucks. With hook-up culture running rampant and daters more likely to have communicated via text than in-person before their first date, it's easy to become jaded by our dating practices. Dating can be an awkward process filled with an endless series of unknowns, from deciding what topics of conversation to avoid to figuring out who should pick up the check. Instead of enjoying the company of someone new, we are always hyper-conscious of what we're saying, how we're coming across, and whether or not we look attractive in the process.

Fortunately for us, the solution may be as simple as looking to the customs of other countries for inspiration. Buzzfeed recently covered a few of the unique dating practices from other countries around the world and, while the U.S. can afford to miss out on things like Italy's propensity for obsessive jealousy, other nations seem to have remarkable insight into dating in the modern age. Of course, no one country will have all the answers, but nations like Australia, Germany, and Russia carry out some distinct customs that just might alleviate those nerves and endless questions on a first date.

Australia eliminates the anxiety over who will pay the check on a date. Down under, it's assumed that couples will split the bill. Like many others, my yearning for the return of male chivalry leaves me a little conflicted on this one, but an unspoken agreement to split the check allows women to maintain their feminist principles while removing added pressure on men who can't afford the whole sum each time. Still, picking up the bill, or "shouting" as it's referred to in Australia, is seen as a nice gesture, and provides the opportunity for couples to score extra points with one another should they so choose.

Another refreshing dating trend from across the globe is Germany's aversion to small talk. When it comes to the art of casual, surface-level conversation, most Americans fail miserably, and the Internet is brimming with advice on how to improve your small talk capabilities. But what if you could sidestep the practice altogether? In bypassing banal conversation, German dating almost immediately forces couples to get to know one another on a deeper level. This prevents daters from wasting their time trying to learn about each other over the span of multiple dates, when a lot of ground can be covered during one meaningful conversation. In comparison to U.S. culture, where the number of dates tends to indicate your level of seriousness with a potential partner, Germany proves that quality of conversation far outweighs quantity.

Finally, Russia teaches us the importance of physical contact. Although there are certain limitations to this trend (lots of touching is probably unwelcome on a first date), studies have shown that little touches here and there elicit positive emotional responses in your partner. In an article in The New York Times, Dacher Keltner, professor of psychology at the University of California, Berkeley, calls physical contact "our richest means of emotional expression". When used in moderation, then, being physically affectionate has the potential to kick-start a successful, loving relationship.

Of course, the U.S. is not bereft of its own positive dating practices, perhaps the best of which is that Americans have adopted a more casual approach to dating. This eliminates the pressure often associated with a first date, and allows individuals to get to know one another without any weighty expectations. But the fact remains that there is still plenty of room for improvement. In a nation where over half the population is now single, we could stand to learn a great deal about dating from our friends overseas.