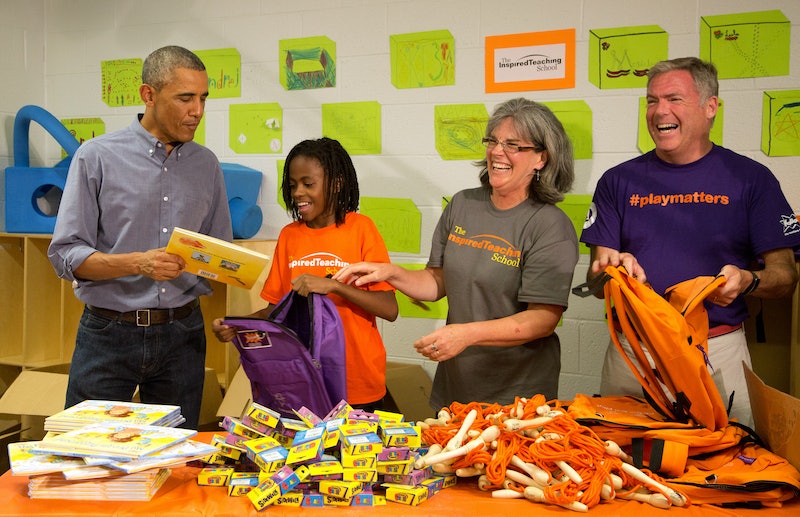 Sorry, President Obama, but when a sixth grader hears "special guest," her heart immediately jumps to the one and only Queen B. The Daily News has told the hilarious story of a Madison, an elementary school student, who was disappointed to learn that a "special guest" promised to appear at her Northeast Washington, D.C. school was President Barack Obama, and not Beyoncé. When she had the opportunity to speak with the President on Thursday, she was rather frank with him:

I really wanted it to be [Beyonce...] but then I realized it was gonna be you.

Obama apparently understood, as he said:

Malia and Sasha would feel the same way.

The First Lady agreed that meeting Beyoncé would be more exciting than an everyday encounter with her husband, as Michelle Obama said:

I'd rather see Beyoncé.

So not only did Madison get to meet the President and his wife, she got to bond with them over Beyoncé, proving that the 33-year-old singer is a universally unifying person.

But despite Madison's initial disappointment about the lack of Queen B's presence, she did later concede that it was pretty cool to meet the President, as she later said that meeting the President was "even better" than meeting Beyoncé would have been. Besides, she had the opportunity to connect with the President on Thursday, in honor of September 11th's National Day of Service and Remembrance.

But fortunately for Madison, the President can dance. He might not be Mrs. Knowles Carter, but still — there's always this segment of him dancing on The Ellen Show. So, enjoy, Madison.