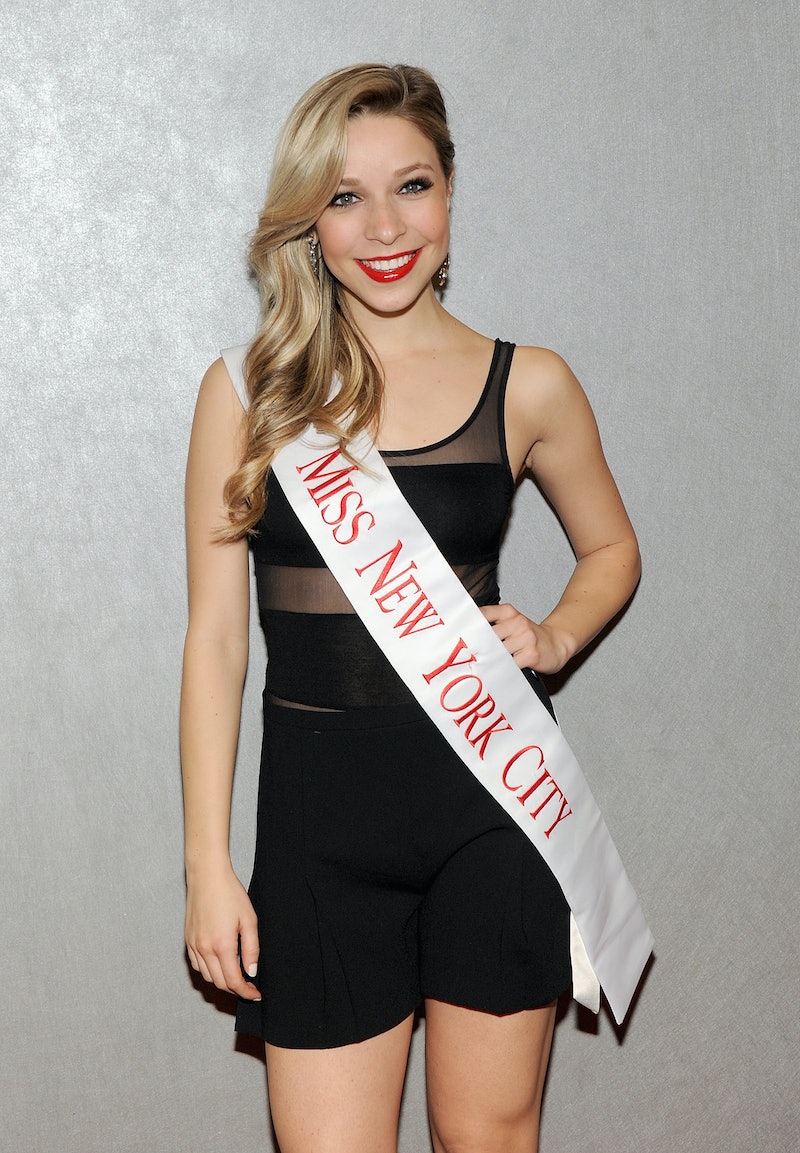 Have we grown since last year's Miss America pageant? Twitter doesn't seem to think so, even after the huge diversity discussion that was spawned from last year's pageant. In 2013, Indian-American Nina Davuluri was crowned as 2014 Miss America and was met with an outpouring of racism on social media from viewers. People claimed that she didn't represent the average American as much as the contestant she beat, Miss Kansas Theresa Vail, because of Davuluri's ethnicity. Well, during the 2015 Miss America Pageant, viewers seemed to have the opposite issue with the top 15 contestants because 14 of them were blonde or brunette white women. And at the end of the two-hour telecast, five white women remained in the competition as the blonde Miss New York Kira Kazantsev was crowned 2015 Miss America.

When I curiously clicked on #MissAmerica to see what people were saying about the bikini and evening gown competitions, I was met with a discussion about race that could certainly be attributed to the "controversy" that surrounded Davuluri's crowning in 2013. Pageant viewers took to Twitter to discuss how they felt underrepresented by the number of white contestants versus contestants of color. It is an unfortunate fact that, of the 15 contestants chosen to compete on live TV during the 2015 Miss America pageant, only one of those women is black, Miss Mississippi Jasmine Murray.

Some Twitter users decided to make light of the situation while still drawing attention to the issue, but most were just disappointed in the lack of representation of Americans that don't happen to be white and blonde.

And no one was cool with all of said "blonde white girls" calling on their inner Beyoncés to bring it onstage in light of the lack of women of color during this point of the competition.

Miss America also failed to impress when the talented singer Miss Mississippi didn't make it to the top 5.

While it's certain that Miss New York showed enough merit to be crowned a winner, it's still hard not to notice the blatant lack of women of color across the Miss America stage just one year after the competition broke down a long overdue barrier in 2013.