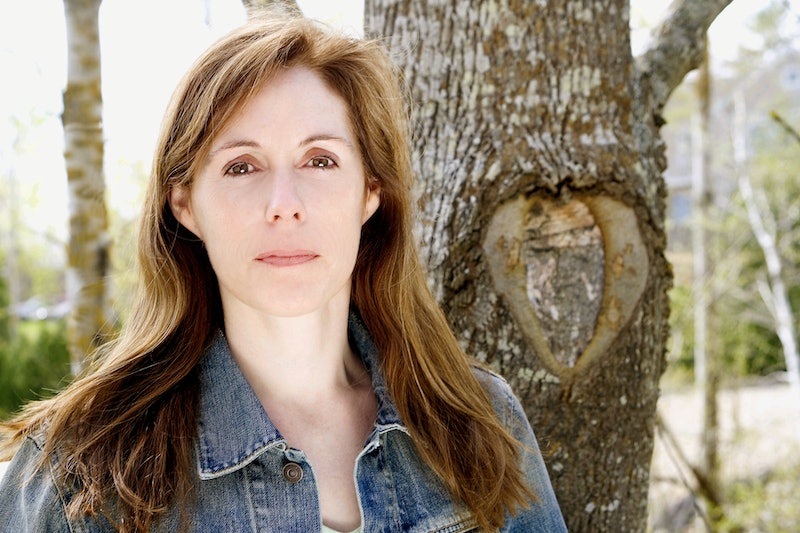 The long list for the National Book Award for Young People's Literature Longlist was announced this morning, and it is full of heavy-hitters. Many of the nominees have made the list before and have several other awards, such as Newbury Honors and Printz Awards, under their belts. But even more exciting is that the list is seriously wide-ranging and it has a fair amount of diversity. And this is fantastic news.

On the list are four women and six men — not too shabby. There are some incredible books centering on black protagonists written by both black women and men. There are nonfiction books, memoirs, and some truly madcap fiction stories. And it's fair to say that no book on the list is quite like any of the others.

Instead of going through who should have been nominated (I'm standing up for E. Lockhart), let's look at the standings and the odds of the worthy books that did make the list. And from where I'm standing, it looks like a woman will be taking the coveted prize.

1. The Impossible Knife of Memory by Laurie Halse Anderson

If I were a betting woman, I'd put my money behind Laurie Halse Anderson to win the big prize for her heartwrenching novel The Impossible Knife of Memory . Halse is twice a bridesmaid when it comes to the National Book Award; she's made the shortlist twice before for Chains and what is likely her most famous novel, Speak . In Knife, the author tackles another difficult subject, PTSD among military members, and it certainly will resonate with audiences today with its painful honesty.

If anyone could give Anderson a run for her money, it would be Jacqueline Woodson with Brown Girl Dreaming. Woodson's memoir in verse talks about growing up as a black girl in the 1960s and 1970s, and it feels so immediate, so poignant, that it's as if readers are experiencing these memories right alongside her. Woodson also has been shortlisted for the National Book Award for Young People's Literature twice, and she's a three-time Newbery Honor recipient, so she's no slouch.

3. The Port Chicago 50: Disaster, Mutiny, and the Fight for Civil Rights by Steve Sheinkin

Published back in January, Steve Sheinkin's The Port Chicago 50 is still bouncing around in readers' minds. It tells the story of prejudice in the armed forces against black men and women during World War II, which came to light with the explosion of a segregated Navy base. The story is ambitious, meticulously researched, and ultimately as compelling as any story anyone could make up. Sheinkin is no stranger to awards season, either, as he was shortlisted for this award just back in 2012 and he's also won a Newbery Honor.

After being shortlisted in 2005, Deborah Wiles is looking for her second National Book Award shortlist and her first win with Revolution. The story's themes are big — racism, change, revolution, identity — the story itself is quite small, and that's what makes it so wonderful. It's a tale of the Freedom Summer in 1964 Mississippi from the perspective of two preteens, one a white girl and the other a black boy, and readers get so soaked in the atmosphere they can practically imagine being there themselves.

The No. 5 slot for the award's shortlist is a tough one to call. There were so many excellent books on the longlist that it's certainly hard to make the cut. For me, in the end, it comes down to three possible choices.

Gail Giles' novel Girls Like Us flew a bit under the radar in terms of wide commercial success, but it certainly didn't escape anyone's mind who did read it. And in a world where we often see special education teenagers bullied at school, it resonates. Two teenagers in her story graduate from high school in the special ed program, and they face the challenging, sometimes cruel world together, with a bit of humor and a healthy dose of hope.

5b. Noggin by John Corey Whaley

I think it's safe to say that the premise of Noggin is a little... well, out there, and it certainly wasn't everyone's cup of tea. However, John Corey Whaley is a master at work and you'd be hard-pressed to find a reader who quickly forgot Noggin. When a teenager has cancer, he decides to remove his head and have it cryogenically frozen, only to have it reattached to another body years later. But he's still him at age 16 while his friends and family are now older. (See? Out there.) It's ridiculously imaginative, thought-provoking, and at times heartbreaking. I was one of the ones pushing for a National Book Award for his Where Things Come Back in 2011, which won the Michael L. Printz Award and the William C. Morris Award, so I can see Whaley breaking into the top 5.

Let's first address the elephant in the room: Andrew Smith's other 2014 novel Grasshopper Jungle was masterful. And it was also more widely commercially successful. I myself even put it on the list of best YA books of the year, and I really believed it was a shoo-in for the longlist. But, man, 100 Sideways Miles is a force. It's totally offbeat and is told from such a driving voice that it's at once hilarious and heartbreaking.

As for the other two, I don't think they'll crack the shortlist, but they are certainly deserving of the honor. It's such a packed house this year that it'll be hard to rise to the top. But as always, these things are tricky to predict and I wouldn't be entirely surprised if they broke in.

Eliot Schrefer is no stranger to the National Book Awards; he's been a finalist before for Endangered. Again, Schrefer's finalist book centers on animals, this time the chimpanzees of Gabon. But where the heart truly lies is in the stories of the orphans who have lost their parents to AIDS. It's an incredible adventure and survival story with serious heart that will certainly move readers.

Skink – No Surrender by Carl Hiaasen

Make no mistake: Carl Hiassen is incredibly talented and wholly deserving of a National Book Award. I'm just not convinced that this is his year. Skink – No Surrender brings back a beloved character from his books and it's completely madcap and fun. Readers are going to love the story when it comes out later this month, but time will tell whether it can outshine some of the novels that have had more time to marinate in readers' heads this year.

More like this
Prince Harry Incorrectly Recites Christina Aguilera’s “Genie In A Bottle” Lyrics
By Jake Viswanath
Allegra Goodman Procrastinates By Reading Time-Management Books
By Samantha Leach
'Mayfair Witches' Already Changed 2 Major Characters From The Books
By Grace Wehniainen
I Read Prince Harry's 'Spare' So You Don’t Have To: 11 Highlights To Know
By Marina Watts
Get Even More From Bustle — Sign Up For The Newsletter
From hair trends to relationship advice, our daily newsletter has everything you need to sound like a person who’s on TikTok, even if you aren’t.