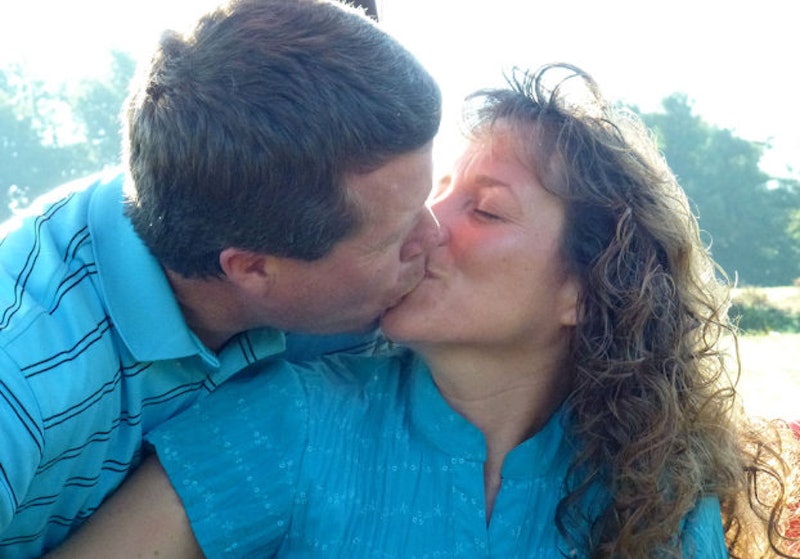 The Duggar family might have a laundry list of semi-confusing rules and regulations they've set for their J-themed lives, but it doesn't take a genius to realize the family at the center of 19 Kids and Counting doesn't use birth control. However, the reason behind that decision isn't always so obvious. The Duggars are "independent Baptists," which influences their decision not to use any type of birth control. To Michelle and Jim Bob, it's not about parents planning the future for their family, it's more about allowing God to plan their family while parents stay out of the way.

However, it seems that there's more to it than simple religious reason. As they explain on the family's official website, Michelle was on birth control after their first son, Josh, was born, and unexpectedly got pregnant while on the pill. She suffered a miscarriage and was devastated over the loss. The post then claims that Michelle's doctor told them the miscarriage might have occurred because she was on birth control when she got pregnant. As explained by About Health, there is still conflicting evidence as to whether getting pregnant while on birth control increases the risk of miscarriage, though a 2008 study did not find an increased risk.

But the Duggars saw their choice to use birth control as something that destroyed life, and that's something they're 100 percent against. Here's how they explained it:

As conservative Christians, we believe every life is sacred, even the life of the unborn. Due to our lack of knowledge, we destroyed the precious life of our unborn child. We prayed and studied the Bible and found a host of references that told us God considered children a gift, a blessing, and a reward. Yet we had considered having another child an inconvenience during that busy time in our lives, and we had taken steps to prevent it from happening.

According to Jim Bob and Michelle, handing over the reins to God ended up in Michelle becoming pregnant with the twins, who would later be known as Jana and John David... and we all know how the rest of the story goes.

Not only do Jim Bob and Michelle oppose birth control, but they're also extremely against abortion. Various Duggar children are often spotted in the politically fueled pro-life T-shirts pictured above, and their son, Josh, even landed himself a cringeworthy job as a lobbyist for the extremely conservative Family Research Council. I know — I hate it as much as you do, but arguing with people who just don't understand that a woman's fundamental rights to her own body should come before all else rarely yields results.

Michelle and Jim Bob's beliefs have obviously had a huge impact in shaping the beliefs of their children. In fact, recently married daughter Jill already told Us Weekly that she and her husband Derick Dillard will have "as as many kids as God will give us," while eldest son Josh and his wife Anna are already well on their way to having a family in the double digits. They've only been married since 2008, and already, they have three children: Mackynzie, Michael, and Marcus... and I'm willing to bet there are at least 15 more "M" names those two can come up with.

You know what this means, don't you? Before we know it, there could be hundreds of Duggars. This is either awesome for reality TV or truly terrible for our country's nonrenewable resources. Maybe a little bit of both.

More like this
Twitter Is Identifying With Sally Field & Jane Fonda’s Friendship In New Viral Video
By Jake Viswanath
Hilary Duff's Husband Matthew Koma Has Her Name Tattooed On His Butt
By Jake Viswanath and Stephanie Downs
Who Is Allison Williams Dating After Her Divorce? She’s Engaged With A Child
By Jake Viswanath
'RHOP' Stars Robyn & Juan Reportedly Got Remarried & Filmed The Ceremony
By Brad Witter
Get Even More From Bustle — Sign Up For The Newsletter