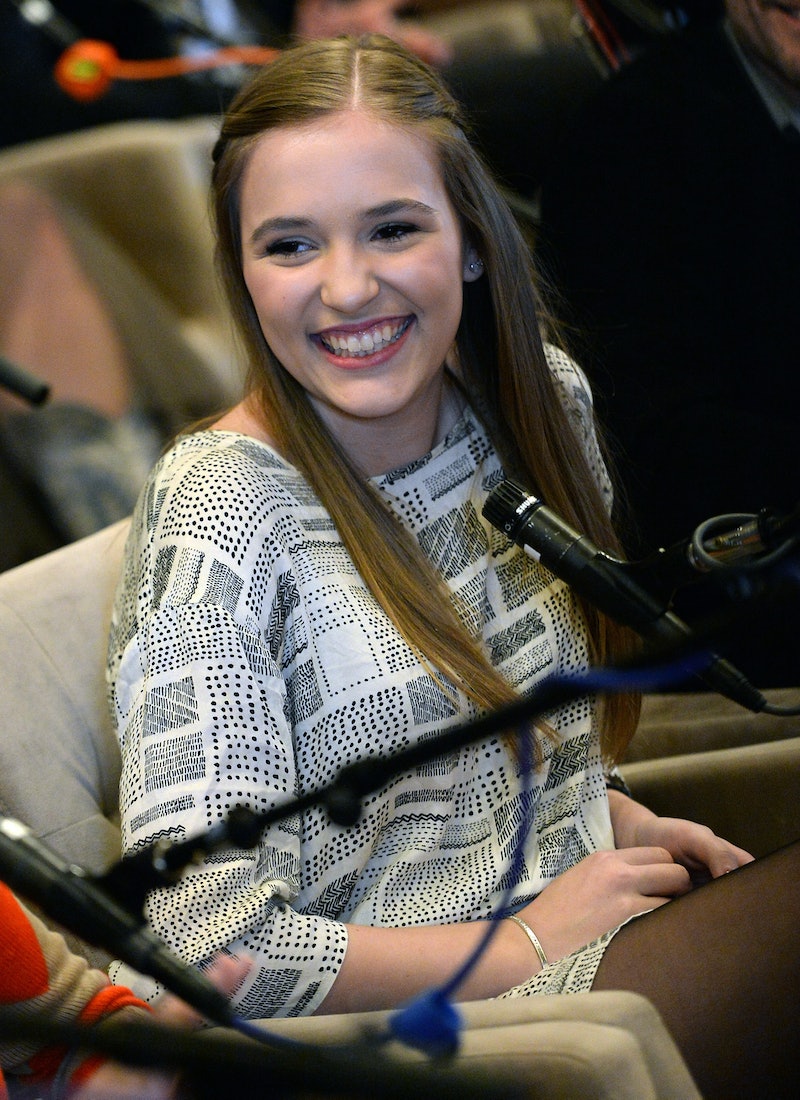 Fans were introduced to a whole new Maddie Conrad in Nashville Season 2. It's not like we weren't expecting it — after all, Rayna James' teenage daughter found out her real dad is another legendary country star: Deacon Claybourne. With this revelation, we've seen Season 2 Maddie perfect the art of the teenage hissy fit, sing duets with her bio-dad, and entertain dreams of country music stardom. In the finale, she not-so-subtly drops a hint to her mom that she'd like a record deal at Rayna's Highway 65 label. But will she be the same Maddie when Nashville Season 3 premieres?

Rayna and Deacon shut it down, much to Maddie's stomping-off-screen chagrin, but Nashville creator Callie Khouri told The Hollywood Reporter that the teen's pursuit of stardom will be a major storyline in Season 3, which premieres on Sept. 24. It better not happen right away, though. Maddie is nowhere near mature enough put out her own singles, command a real stage, and take the reins of a world tour. Not only does a record deal take a certain amount of professional and creative maturity, Maddie has to remember she has to live up to her mother's legendary rep.

As we learned in Season 2, young stardom is hard to handle, especially for poor Scarlett, who suffered a breakdown. On the other hand, there's the immature, reckless, and resilient starlet Juliette Barnes, who is very entertaining as Rayna's rival and Maddie's friend, but this show certainly doesn't need another big personality like her.

That's why we need to see Maddie grow up and mature into a three-dimensional character if she ever wants to follow in her mama's famous footsteps. I know she's only in her early teens and has gone through a lot last season — her mother's car wreck, grandfather Lamar's death and Teddy's remarriage included — but the new aspiring country music singer hasn't exactly handled it with Rayna's trademark grace and sophistication. To put it bluntly, she's been a whiny and annoying brat who sucks up screen time with her little rebellious streak.

Maddie dealt with finding out about Teddy's remarriage to Peggy by running away. To further insult the father she knew growing up, she blows off Teddy's requests for her to do homework, asks if she can live with Deacon, and uploads that now-infamous viral video of herself singing as "Maddie Claybourne." Ouch. While the vid went viral across the internet, it was more likely because of the real daddy truth bomb dropped in that name change rather than the teen's raw talent.

But it has been sweet to watch Maddie bond with Deacon and find her musical voice along the way. And there's no doubt she's got the talent — it's in her blood, plus Maddie is played by Lennon Stella, who is a YouTube singing sensation with Nashville co-star and real-life sister Maisy. We know she's got the pipes, the guitar, and the best mentors in Music City as her parents, so she's got the right foundation. All Maddie needs to do now is quit her hissy fits, do her homework, and become the engaging character — and country star — we know she has the potential to be.