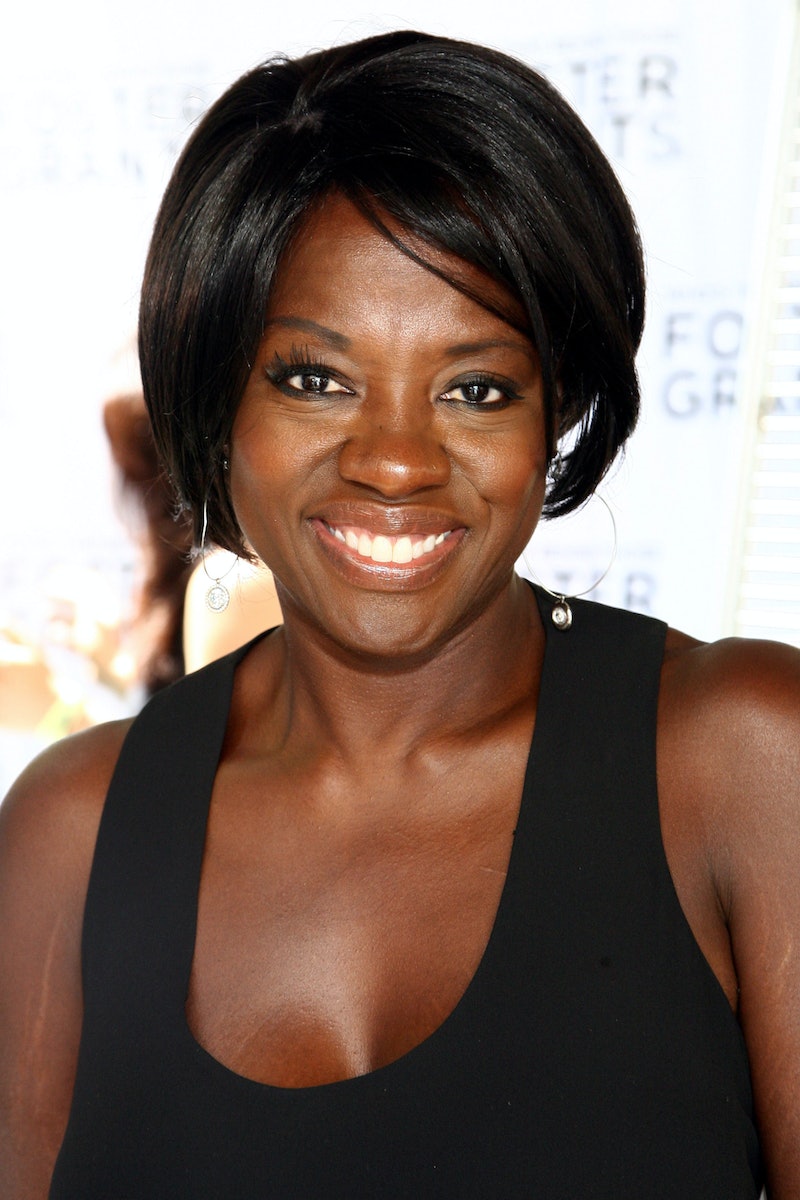 Viola Davis has a lot of things: two Oscar nominations, a couple Tony awards, a giant portrait of her face made out of Swarovski crystals (okay that last one is just a guess, but she could probably have one if she wanted it). The one thing she doesn't have, however, is a leading role in a movie or television show...until now. Davis' leading role in Getting Away with Murder is long overdue for the actress, and she is refreshingly frank about the obstacles that kept her in the limelight in a recent interview with New York Magazine.

Davis clearly has the talent to carry any movie or television show — if her work doesn't speak for itself, then her many awards certainly do. Yet Davis speaks of a career filled with small roles typically playing some version of a stereotype of black women.

Davis' roles in movies like Antwone Fisher, Get on Up, Eat Pray Love, and Extremely Loud and Incredibly Close have practically been the textbook definition of a supporting role. In them, she's always the character standing off to the side, never with a love life or goal of her own, playing the mother, or the best friend, or the counselor, or the cop. But now, Davis finally has a character strong enough to deserve her in Getting Away with Murder: Annalise Keating, the tough, intelligent and stylish law professor. It's all thanks to network television warrior princess Shonda Rhimes, who's been very busy creating meaty roles for women of color with popular shows like Scandal and Grey's Anatomy. Rhimes, of course, is also a woman of color.

Their success and support of each other is empowering, but also speaks to how far we still have to go in terms of equal representation in media. Both of these women have had to work against the odds to create real, lasting characters who also happen to be women of color. It shouldn't be that hard. An Oscar-nominated actress should not have to wait this long for a leading role. It's clear that there are many women out there like Davis and Rhimes who can create complex characters...so why doesn't Hollywood make more space for them? As Davis said of her role:

“It’s what I’ve had my eye on for so long. It’s time for people to see us, people of color, for what we really are: complicated.”

More like this
Sandra Bullock, Girlboss Extraordinaire
By Matt Harkins & Viviana Olen
Spice Girls’ Net Worth: The Richest Member Is Wealthier Than The Rest Combined
By Hugh McIntyre
Kaley Cuoco & Tom Pelphrey Just Made Their First Public Appearance As A Couple
By Hugh McIntyre
Pete Davidson & Kate McKinnon Are Part Of A Reported Major SNL Cast Shakeup
By Brad Witter
Get Even More From Bustle — Sign Up For The Newsletter