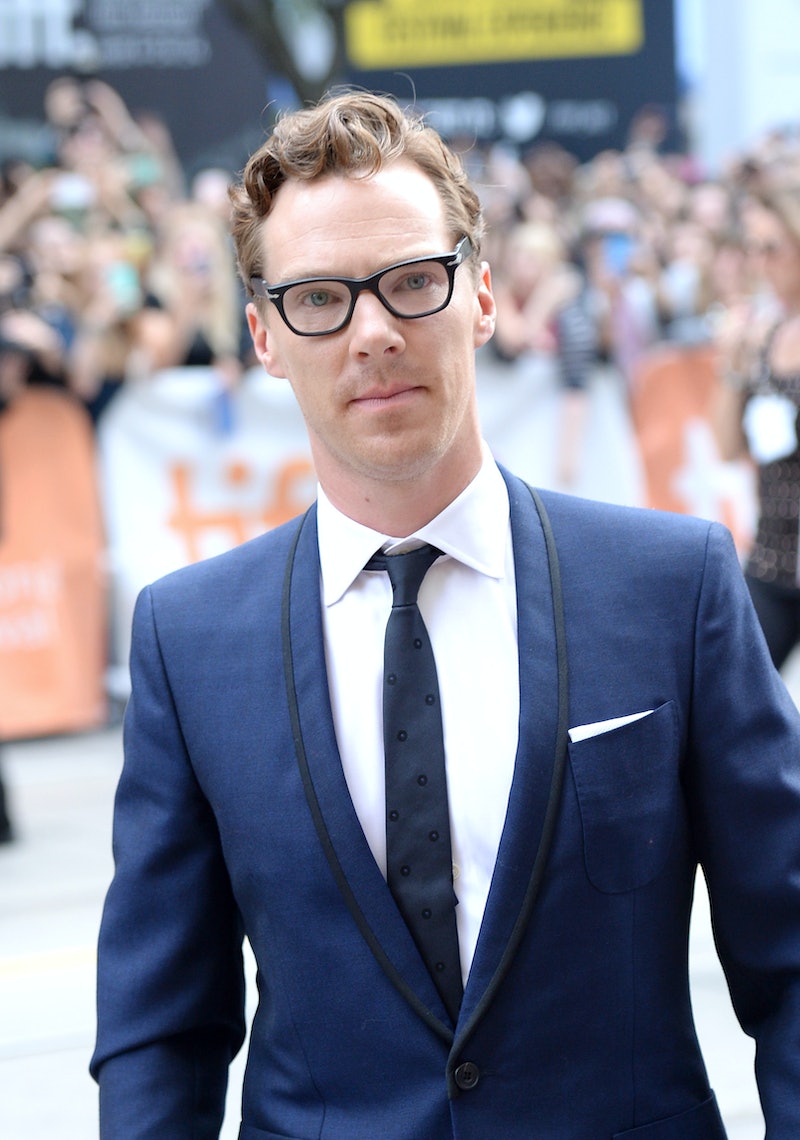 What do Benedict Cumberbatch fans generally love as much as Benedict Cumberbatch himself? A shirtless Benedict Cumberbatch, of course! (I'm really confident in that statement — I've seen the Tumblr comments. And the fans asking about his "yumminess" at press events.) So, I think it's pretty safe to say that fans are going to be out of their minds when they see Benedict Cumberbatch's new photoshoot, in which he portrays Mr. Darcy from the classic Pride & Prejudice — particularly the scene where Mr. Darcy is soaking wet and partially shirtless in a lake. Oh, and it's for the Give Up Clothes For Good campaign that raises money for cancer research, so it's even for a good cause and everything! Actually, I think Metro 's headline describing the photo says it all, really: "Benedict Cumberbatch does a Mr Darcy for charity campaign and it’s giving us the feels."

The project, which was so graciously organized by the British version of T.J. Maxx, T.K. Maxx, was photographed by legendary photographer Jason Bell, and also includes pictures of Kate Winslet, Liam Neeson, Cynthia Nixon, and Elijah Wood — but I have a feeling that Cumberbatch's image is going to make the biggest impact because, I mean...well, just look at it:

Campaign to get Cumberbatch to actually play Mr. Darcy in some sort of Pride & Prejudice project, anyone?

More like this
Elizabeth Olsen’s ‘SNL’ Cameo Made Benedict Cumberbatch A Multiverse Believer
By Grace Wehniainen
Laura Dern Said “Cultural Awareness” Made Her Rethink This 'Jurassic Park' Fact
By Grace Wehniainen
Colin Firth Revealed His Favourite Mr. Darcy (& No, It's Not Himself)
By Sophie McEvoy
Watch The Dramatic First Trailer For Netflix's Jennifer Lopez Documentary
By Alyssa Lapid
Get Even More From Bustle — Sign Up For The Newsletter