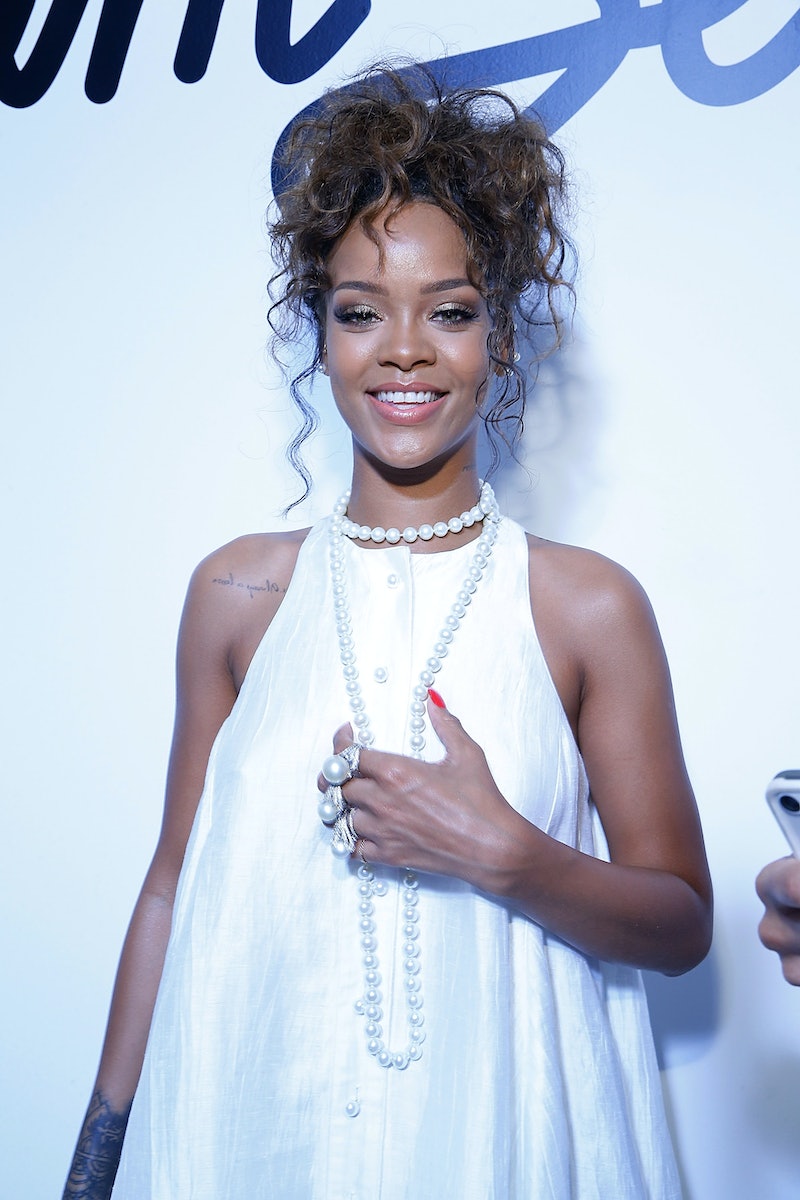 To say football season is off to a rough start would be the understatement of the year. The latest uproar came in the form of tweets Tuesday morning from megastar Rihanna, when she slammed CBS for yanking her scheduled Thursday Night Football pre-taped performance of "Run This Town" which was set to air before the Ravens and the Steelers game on Sept. 11. CBS said they would air the footage on Thursday, Sept. 18, but now it's been reported that CBS will not air Rihanna's performance at all.

After Rihanna's segment was pulled, CBS maintained that the reason for the change was nothing personal, and was all down to a matter of tone, since the Ravens-Steelers game came hot on the heels of the release of a video containing graphic footage of Ravens player Ray Rice's assault on his wife Janay, and they didn't want to start off the broadcast with a musical performance. CBS Sports Chairman Sean McManus gave a statement on the situation saying,

It’s important to realize we are not overreacting to this story but it is as big a story as has faced the NFL. We thought journalistically and from a tone standpoint, we needed to have the appropriate tone coverage.

Despite this, many speculated that Rihanna was booted from the broadcast since she herself is a survivor of a high profile domestic violence case, and the network didn't want to be associated with her with the Rice video having just been released. The change prompted an angry pair of tweets from the star.

A few hours later on Tuesday afternoon, CBS senior vice president of communications Jen Sabatelle released a statement saying they would no longer be using her music:

Rihanna's rep reached out to Us Weekly to respond to CBS' statement, revealing that Rihanna's record label, Roc Nation, had decided to not allow the network to use the song.

Due to the misuse and misrepresentation of Rihanna's name and participation in connection to CBS' TNF, CBS was not allowed to license and utilize the song "Run This Town." Roc Nation made the decision to not grant the song’s usage.

CBS most likely won't respond again — there's obviously been a lot of back and forth already — and that's for the best. Hopefully the network and the pop star can now move on in their separate directions.

More like this
Rihanna Is A Mom Now After Giving Birth To Her First Baby With A$AP Rocky
By Ananya Panchal and Jake Viswanath
Rihanna Wore A Sparkling Lingerie Look For Date Night With A$AP Rocky
By Allie Fasanella
Twitter Is Upset About The 'American Idol' Top 3 Results: "Who TF Is Voting?"
By Jake Viswanath
Ryan Reynolds Brought Some Famous Friends To Wrexham A.F.C's Last Game Of The Season
By El Hunt
Get Even More From Bustle — Sign Up For The Newsletter