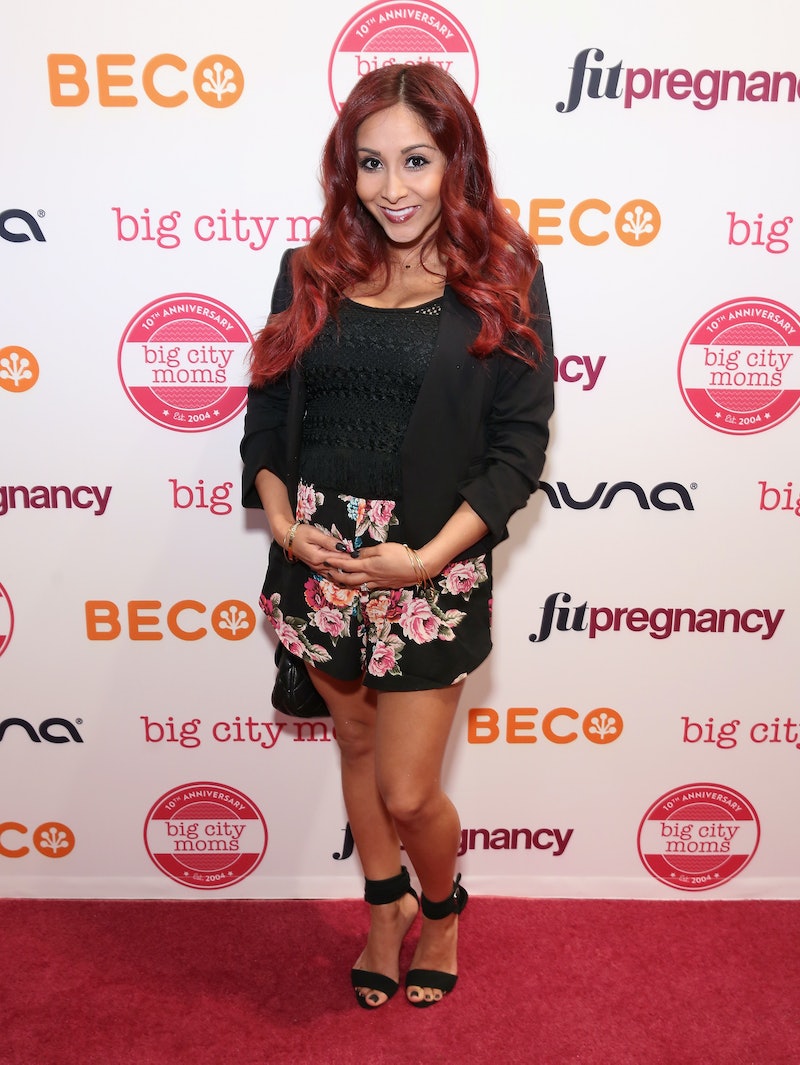 Alert, alert! Break out the Ed Hardy onesies and prepare yourself for a tsunami of neonatal updates via social media. Jersey Shore star Nicole "Snooki" Polizzi has given birth to her second child, a baby girl named Giovanna Marie LaValle, and it sounds like she may be named after her father, Jionni LaValle, just with a switch up of a few letters. Let a Rafiki who uses too much hair gel hold little baby Giovanna aloft from the precipice of Pride Rock for all the world to see! This is the circle of reality TV star life in action.

On Friday, Us Weekly reported that Polizzi gave birth to her baby girl. Word of the reality star's pregnancy hit the Internet back in February, just as she was in the midst of planning her dream wedding to her fiancé. Snooki announced the baby's gender in a home video back in May and, to put it lightly, the prospect of having a female child was something she appeared to be less than enthused about.

Luckily, the newest Polizzi will have a big brother to look after her. Back in 2012, Snooki gave birth to her first child, a baby boy named Lorenzo. His birth was also very public as she included the lead up to it on the freakin' Jersey Shore. Welp, you gotta give her snaps for keeping her life an open book.

On Friday morning, Polizzi posted the following tweet alerting the world to the arrival of the newest addition to the Lavalle-Polizzi household.

Polizzi's Shore co-star and BFFAEAEAE Jenni "JWoww" Farley gave birth to a baby girl Meilani back in July. Just a hunch, but I have an inkling that new baby girl Giovanna will likely be little Meilani's best friend. They'll be in the same classes in school. They'll swap highlighter colored body-con dresses. They'll be the vodka to each others' Red Bull. In short, they will be Snooki and JWoww: The Next Generation.

Let's recap. Snooki and JWoww are responsible for the survival of burgeoning human beings, and we're far beyond the end of an era at this point. As hard as it is for me to accept the fact that every member of the Jersey Shore cast is not suspended in a Peter Pan-like stage of party girl/boy-stasis, I guess guidettes really do grow up. Congrats, Snooki. I tease because I love, and here's to the expansion of your beautiful family of meatballs.