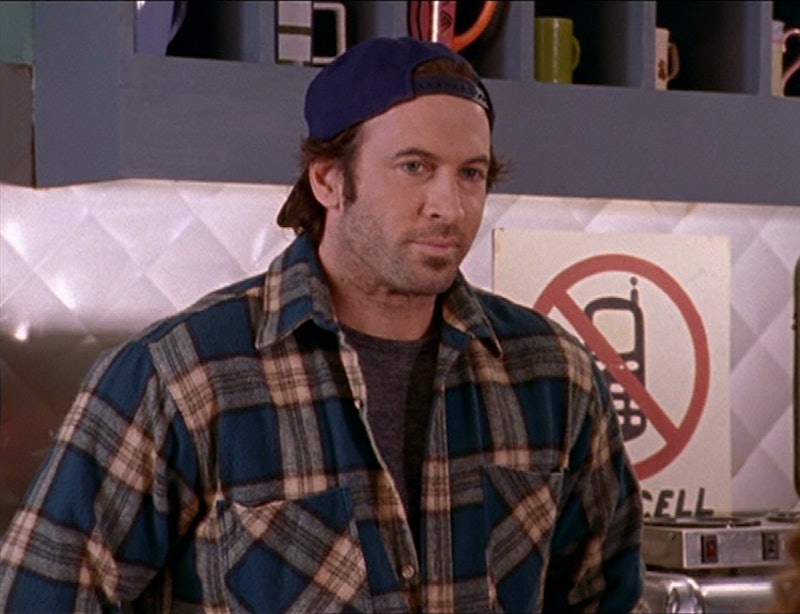 If you've never wished that you could have coffee at Luke's Diner solely to chat with its lovably grumpy owner, then you're doing life wrong. Sure, Gilmore Girls — which is heading to Netflix, OMG — was really about Lorelai and Rory Gilmore's relationship, but it wouldn't have been nearly as much fun without the inclusion of Luke Danes, diner owner and Lorelai's one true love. We may be able to see Luke again on Netflix, but where is the guy who plays him? Here's what actor Scott Patterson — aka Luke — is doing now.

Gilmore Girls ended in 2007 (right after that glorious kiss between Lorelai and Luke) and Patterson tried something a little different from the witty series. Patterson headed to the big screen for a role in 2007 gore fest Saw IV as Agent Strahm. (Warning: Mild spoilers for the Saw franchise ahead!) Surprisingly, Agent Strahm lived to see the end of Saw IV, and Patterson went on to star in 2008's Saw V.

Things didn't work out too well for Strahm at the end of of the fifth film, which left Patterson plenty of time to head back to television. Patterson starred on the underrated CW sitcom Aliens In America, a series about a Wisconsin family that takes in an exchange student from Pakistan. Patterson played the entrepreneurial father (he raises alpacas) in a role far more optimistic than the one he played on Gilmore Girls.

Despite positive reviews, the sitcom only lasted for one season and Patterson moved on to a different series on The CW. Patterson joined the cast of 90210 in 2010 for a short arc as Liam's father, Finn, during the show's second season. After his arc ended, Patterson moved on to another series, this time of the sci-fi variety. Patterson joined the cast of the NBC series The Event as Michael Buchanan, a key player in the extraterrestrial conspiracy.

Like Aliens In America, The Event was cancelled after only one season. Patterson continued acting, though shifted his career from television back to films (possibly because films can't be cancelled). His post-The Event roles include the 2012 film A Beer Tale and the 2012 TV movie Love at the Christmas Table. In 2013, Patterson acted in the film Meth Head, a movie that was essentially the embodiment of the phrase "stay away from drugs, kids." In 2014 the actor was in the film Boys of Abu Ghraib, alongside Sean Astin and Sara Paxton.

Patterson has a number of films in the works and so you know who to look for, here's what he looks like today.

You'll soon be able to see Patterson in Other People's Children, The Rogue, and Liberty. Of course, no matter how many films he stars in, I'd like the world to remember him for this.