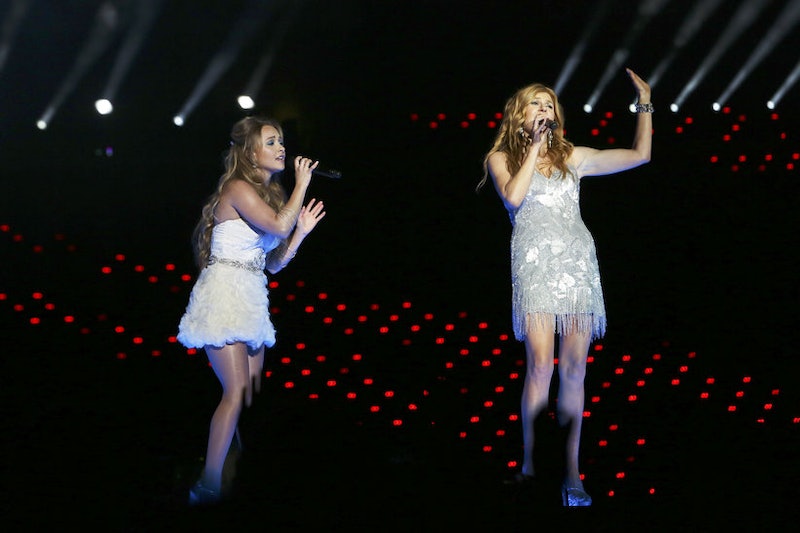 Get excited, y’all. It’s time to get back in touch with your country side — well, almost. That’s right, folks, the most wonderful time of the year is almost upon us — and for once I’m not talking about Christmas. No, I’m referring, of course, to television's glorious fall premiere season. After a long, three-month hiatus, it’s finally time to wake those DVRs up from their summertime slumber and welcome them back to the world of non-stop entertainment. Nashville kicks off its third season on Sept. 24 and is definitely looking to pack an extra punch of drama this year, full of big hair and even bigger attitudes. However, even the most dedicated TV addicts might have found themselves falling a little (or a lot) behind on Nashville 's first two seasons, whether due to a rough patch at work or a thriving social life. (What’s that like, btw?)

Luckily, thanks to the power of technology, this is an easy problem to fix. You just need to know how to go about doing it. So whether you’re just a few episodes or even an entire season behind, don’t put dirt on your viewership grave just yet. (See what I did there?) There’s still time to catch up on all that Nashville sass and singing before Season 3 rolls around. Simply check out your options below and let the binge-watching commence!

Hit Up Hulu Plus

Like yourself, Hulu Plus is a huge Nashville fan, which is why their subscribers have access to both seasons. Just login in, find the Nashville page, and you’ll be rocking out to Rayna Jaymes and Juliette Barnes in no time. Have fun, y’all!

Unfortunately, you’ll find ABC.Go to be a little less helpful in this department. The network has only made episodes 10, 11, and 13 of Season 2 available on its website as well as episodes 19 and 22 (the finale). Kind of a random set up, right? But if you’re only behind on a few episodes, I guess you could always come back here to catch the finale.

Show Me the Money

Money may not be able to buy happiness, but it can sure get you access to as many Nashville episodes as you desire. Amazon, iTunes, and Vudu all allow you to pay per episode or per season at a fairly reasonable price. So if you’d rather own the episodes flat out and don’t mind coughing up the cash, this is certainly the best way to go.

If you’re feeling desperate, chances are you’ll be able to find a few scenes and song performances on YouTube to help give you at least a general idea of what’s going on. It’s not an ideal scenario, but if nothing else, it’ll give you some great new additions to your iPod. You're welcome.