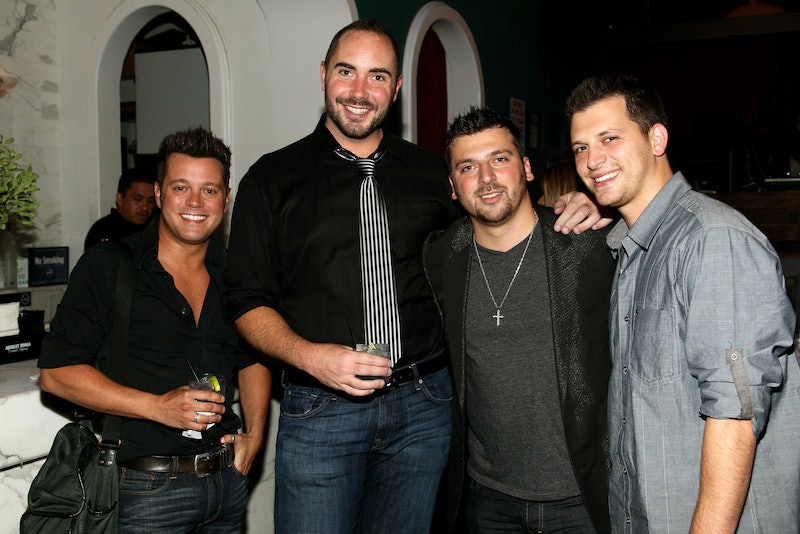 When it comes to reality TV show stars, a lot of them are... um... how should I say this... a little "questionable" when it comes to their moral compasses. From Spencer Pratt on The Hills to The Situation on Jersey Shore , a lot of reality stars made me really lose faith in humanity for a while there. Bravo's The Real Housewives of *insert trendy city here,* which is one of the most successful reality TV franchises of all time and also AN AMERICAN TREASURE, is no stranger to reality show villains, and has seen its fair share of heinous behavior (flip a table, anyone?) too. In a wonderful twist on the norm, however, one of its former cast members just did an amazing thing: Greg Bennett helped to solve a Philadelphia hate crime from all the way in California.

Greg, the BFF and one time roommate of Caroline Manzo's sons Chris and Albie, hasn't really been on the show since Season 4, but he was always a hilarious addition to any scene (his obsession with Mariah Carey gave me life). The New Jerseyan eventually decided to part ways with the show to move to San Francisco, but he clearly hasn't lost touch with his tri-state area roots. A gang violently assaulted two gay men in Philadelphia on the night of Sept. 11, and this Monday the cops released footage of the assailants. Bennett tweeted out the police footage, and soon a "friend of a friend of a friend" saw the video, and sent him a picture of a group of people who look extremely similar to the suspects caught on tape.

Thanks to Bennett's sleuthing, another Twitter user named FanSince09 was able to identify the Center City restaurant the people were sitting in in the photo, and help cops track down who was responsible for the awful, awful thing that happened to the two men hurt in the attack.

After this, I think it's obvious that someone needs to get Greg front row tickets to the next Mariah Carey concert (wait does she still perform, or is she too busy riding New York City subways in dramatic evening gowns for that?) and also the producers of RHONJ need to have a hero's welcome for him back in Franklin Lakes immediately. God knows that show needs some positive, amazing people like this to even out the iffy cast of characters that are currently featured. Since Caroline Manzo, who was a shining beacon of red-headed hope and motherliness, has left to pursue the spinoff Manzo'd With Children , the Real Housewives franchise needs to be injected with some Greg Bennett fierceness ASAP.

Since he shipped off to San Fran, Greg has been keeping the world (hilariously) updated on his life through Instagram and Twitter. His 'gram shows all of the arduous life activities he's forced to engage in daily, such as: lifting at the gym, hanging with beautiful male friends, and cuddling with his dog/#kween Dolores. His Twitter account, while doubling as a tip line for catching scumbags, is also guaranteed to make you LOL in public places where people will most likely judge you (you've been warned).

To be honest, this is all just making me crave a bottle of BLK water, so Greg, please come back to the show soon so I can once again have someone to root for other than Milania. K thx.